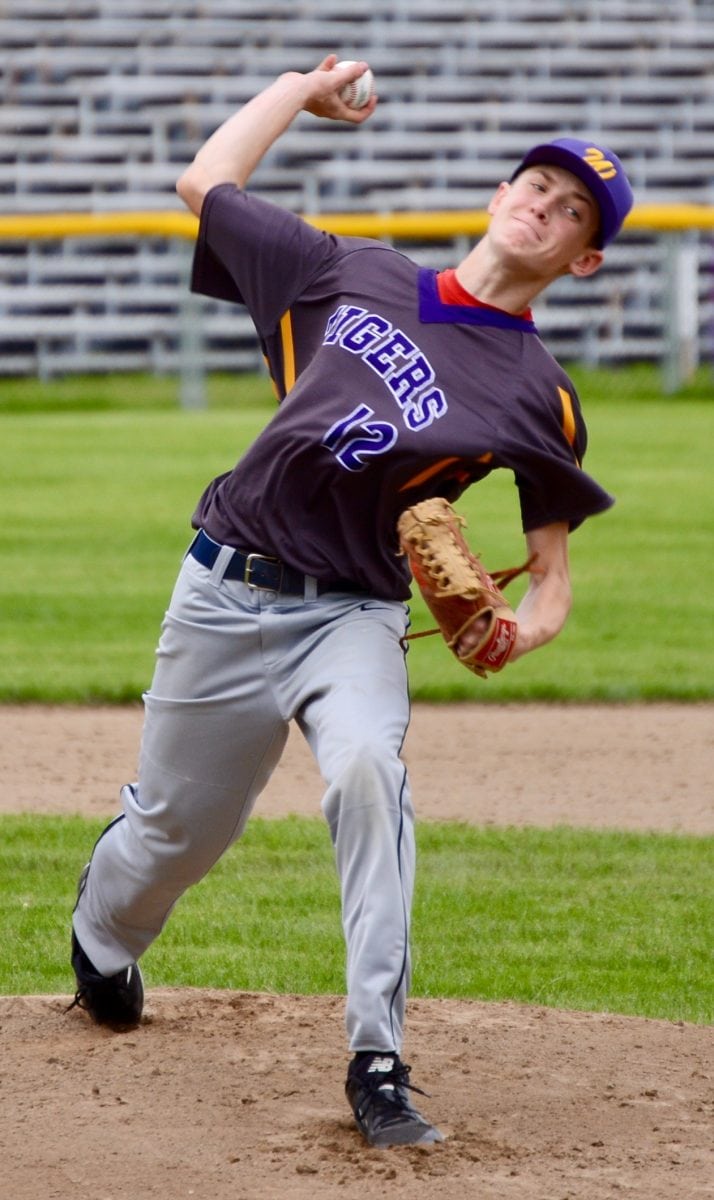 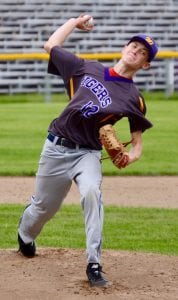 WESTFIELD – For some, the third time is the charm. For the Westfield Technical Academy High School baseball team, at least on Thursday, the third inning proved to be a charmed one.
Westfield Tech collected all six of its hits and scored all five of its runs in the bottom of the third inning, and held off a late charge by Pathfinder to squeak past the Pioneers 5-4 at Bullens Field.
Mike Durkee and Chris Boyden had RBI doubles for Westfield Tech; Trent Adam and Brody Zabielski delivered run-scoring hits. The Tigers were helped along by three Pathfinder errors.
Zabielski, a freshman, was impressive on the mound. The young phenom tossed a two-hitter through six innings, striking out seven.
Darrien Wilson-Grant struck out three batters in an inning of one-hit relief, an inning that saw Pathfinder rally for three runs.
Adam started the game on the mound, but was removed for precautionary reasons after suffering an apparent injury.
“It was a really, really weird game,” Westfield Tech coach Bob Eak said.
The Tigers improved to 7-6 overall. They are currently 3-0 in league play.
Pathfinder pitcher Joe Roman scattered six hits over six innings. He struck out nine batters, and went 1-for-1 at the plate with three walks and two RBIs.

Red Raiders post shutout
Hampshire 5, Southwick 0
Connor Roy, Nick Kavarakis, Josh Sylvia, and Dalton Bessette each had a hit for Southwick (12-5 overall, 9-4 league).
Southwick was coming off a narrow defeat to Palmer on Wednesday night. In that game, Kavarakis struck out eight batters and Sylvia went 2-for-3 with an RBI.

SOFTBALL
Moniz, Bombers win again
Westfield 2, Chicopee 0
Westfield pitcher Haley Moniz threw her second shutout in consecutive days, ringing up 13 batters by way of the strikeout to help the Bombers achieve another victory.
Cierra Paskins (2-for-3) and Morgan Zabielski (3-for-4) had multiple hits on the day while Casey Almeida had a big two-run hit to score the game’s only runs at Szot Park. Amber Garfield and Autumn Moccia each added a hit, contributing to the eight-hit offensive attack.

GIRLS TENNIS
Crosby leads the Saints
Sabis 4, St. Mary’s 1
Jessica Crosby returned to St. Mary’s after a two-week absence due to illness, and won 6-0, 6-1.
It was not easy early though as Crosby struggled through a few long rallies against Sabis’s Emma Smith, missing her mark on some of her passing shots. As the match progressed though, Crosby gainer her footing and confidence, smashing overhands at the net and unloading strong crosscourt backhands.
St. Mary’s Alexis Shedd lost a hard-fought match to Remie Jerard, 6-0, 4-6, 10-6.