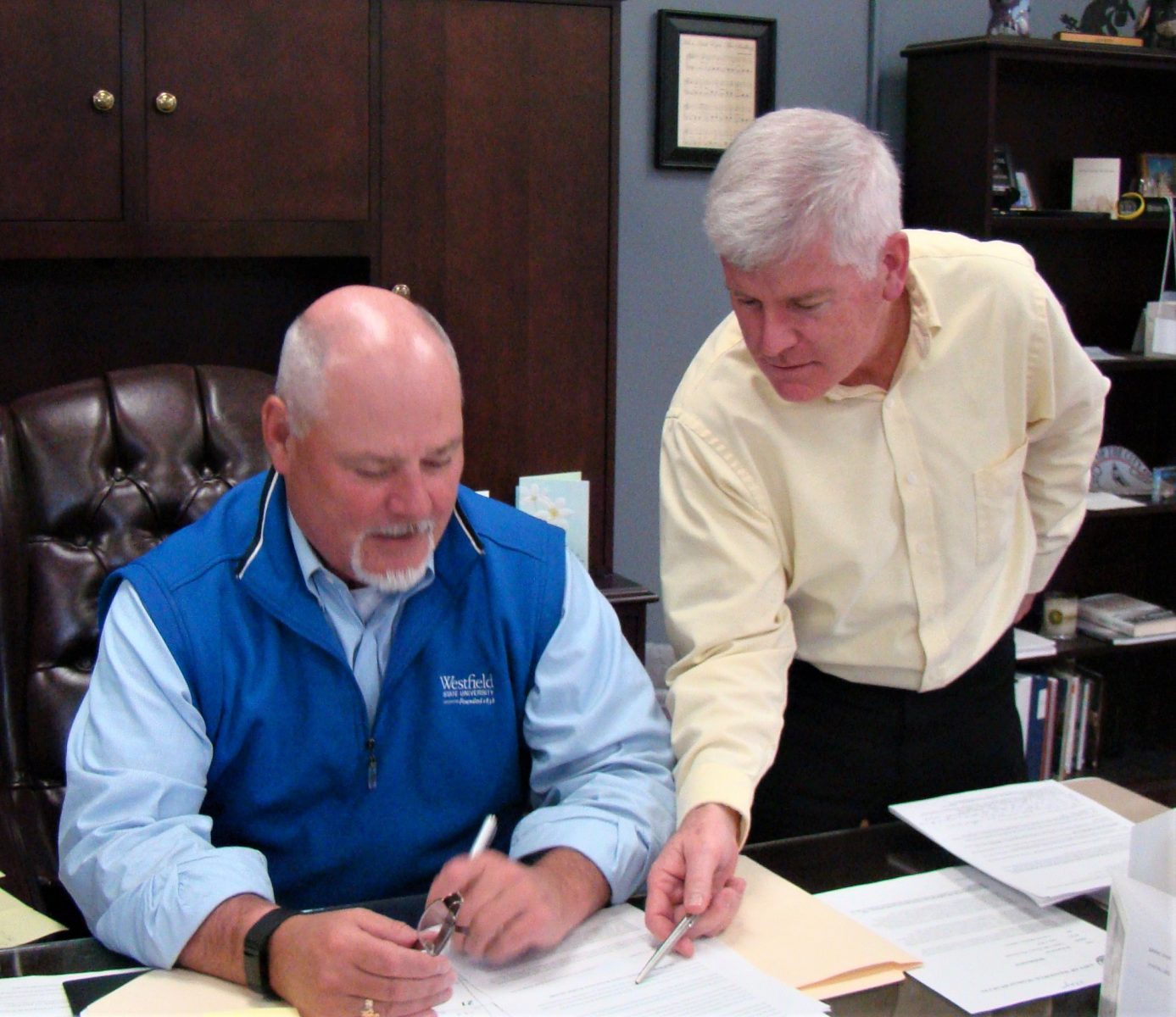 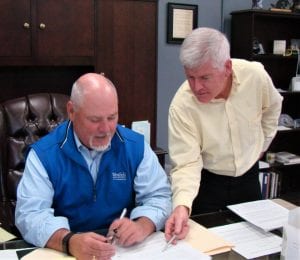 WESTFIELD – As City Advancement Officer Joe Mitchell’s last day approached on Monday, April 22, Mayor Brian P. Sullivan and Mitchell talked about some of the projects they have been working on together that are nearing completion in the city.
“Neither one of us have taken our foot off the gas pedal since we both announced, because of all of the projects close to the finish line,” said Sullivan, who announced in January that he would not be seeking a third term as Mayor.
Mitchell said the Mayor is actively engaged, and that he would also continue through June on a part-time basis with the assistance of a consultant, CJC Development Advisors in Westfield, recently selected through a Request for Qualifications (RFQ).
Sullivan said having Mitchell part-time will be an asset, because to update someone new would slow down the process.
Among the projects the Mayor, Mitchell and the consultants will be working on include the Urban Renewal Project, the Turnpike Industrial Park, which is nearing completion of its permitting process; and the new traffic light at 99 Springfield Road, which is expected to start construction in July and be completed by October or November.
Regarding the Urban Renewal Project, Sullivan said, “The city has never been closer to filling this prime business location in the last 33 years, since the large Newberry fire in 1986. The interest in this location is significant and genuine.” He said more news on this project will be forthcoming.
The new businesses moving into the city include Myers Information Systems, which Sullivan said is “on track for a May opening.”
Mitchell said the buildout for James Hardie Building Products at 70 Industrial Park Road, the former site of Old Colony Envelopes, should be completed by December, bringing 35 new jobs to Westfield.
Toll Brothers, a building products company at 100 Apremont Way, will also be expanding. Mitchell said they plan to make a $1.7 million investment in upgrades and equipment that will add 15 new jobs in manufacturing; with future growth to $3.8 million, 35 employees and leasing additional land on Apremont Way.
On the City Council agenda tonight is a Special Tax Agreement (STA) for Toll Brothers for five years, which will provide a 50% real estate tax incentive on new construction the first year, $25% off the second and third years, and 5% off the fourth and fifth years, for a total value of $22,000. Mitchell said the STA will allow them entry into the state incentive program. Real estate taxes on the existing business will continue to be paid.
HEKA and Cannabis Connection of Westfield have been approved by the city, and are now both working their way through the state permitting process for adult use marijuana. “The process is not easy,” Sullivan said.
Also on the City Council agenda on Monday will be the second reading for a $10.25 million bond for airport improvements, which is needed for a Mass. Department of Transportation grant of $10.5 million for airport infrastructure. Sullivan said the bond is to show the state that the city has the means to pay for the work; but the city won’t be selling the bond because of the MassDOT project grant. Sullivan said in the end it will cost the city $400,000 for all of the airport improvements.