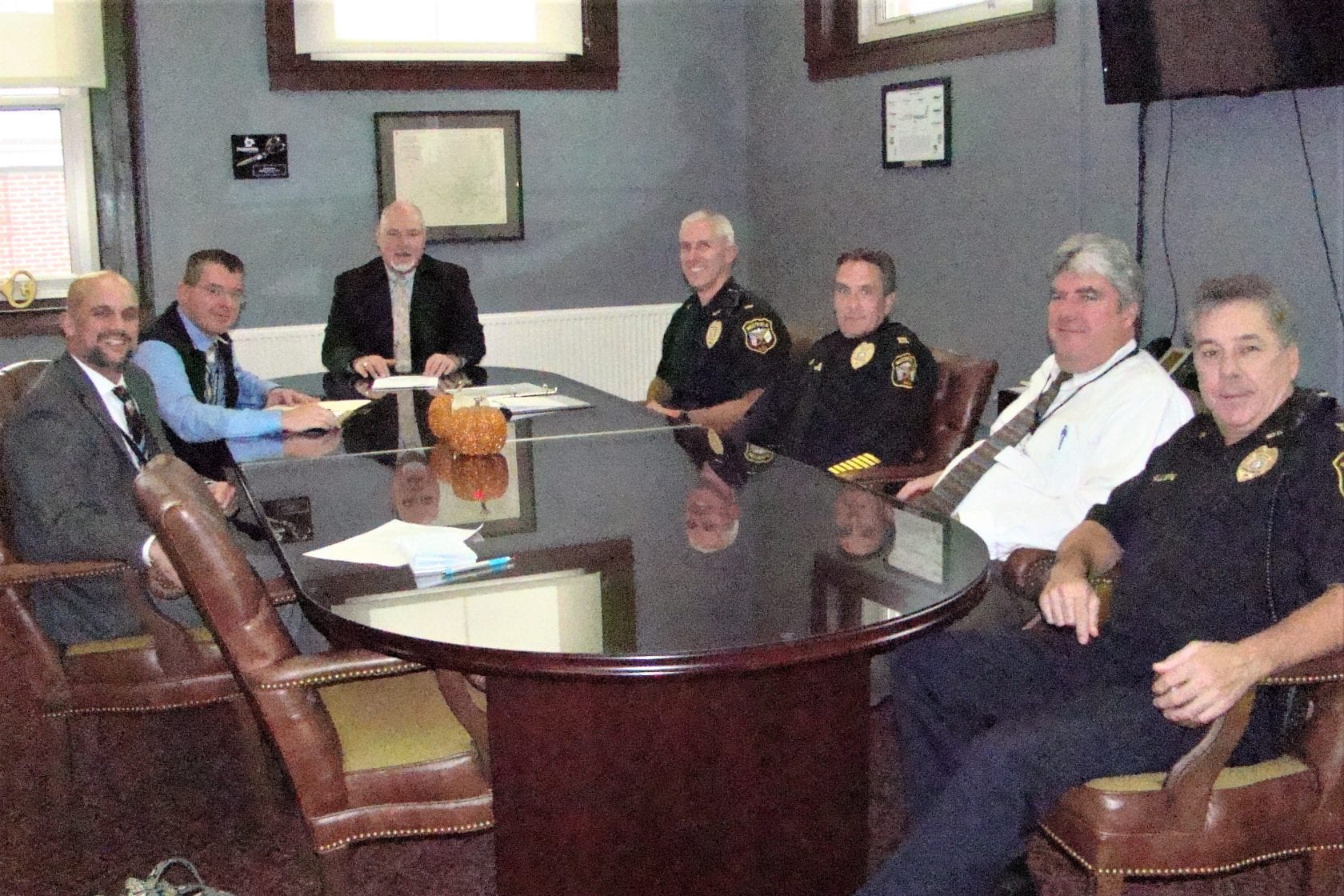 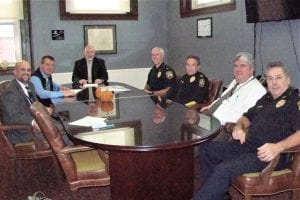 WESTFIELD – Mayor Brian P. Sullivan announced on Tuesday that Westfield has been awarded a federal grant of over a quarter of a million dollars to advance school safety in the city. The award of $258,689 over two years from the Department of Justice Office of Community Oriented Police Services (COPS) will go towards threat assessment and lockdown training for police and school personnel, and enhanced security in all of the schools. Westfield is one of only four communities in Massachusetts to receive the award.
Members of the Westfield Police Department and school district were also present to talk about the collaborative effort between the two departments for the grant, which Mayor Sullivan called “extremely competitive.”
Captain Michael McCabe said Westfield had previously applied five times unsuccessfully. When the grant was announced this year in September, Chief John A. Camerota encouraged them to apply again. This year the timing was perfect.
“The reason it happened so quickly and was successful, was that the Westfield Police Department and the school district got together,” Sullivan said. “That was probably the reason we were successful,” Superintendent Stefan Czaporowski added.
Lt. Eric Hall, who school officials credited with doing the “heavy lifting” in writing the grant application, said a lot of the moving parts were already in place from prior applications. A CD Maguire School Safety Study which the district had completed in 2013 was used as a basis. WPS Chief Financial Officer Ronald R. Rix said a lot of the “low-hanging fruit” from the study has already been implemented. This new grant will pay for a keyless entry system into the schools, which had already been planned, as well as security camera upgrades and more cameras installed in all of the schools, particularly in the elementary schools.
“It is perfectly in line with what the district was planning to do,” said Christopher Rogers, WPS Administrator of School Interventions.
Hall said the grant will also pay for police training, including the NY Tactical Associations Training Conference for the school response team. McCabe said the national training in New York State is one of the best practices in the nation. He said it is a “holistic, broad stream look at national practices.”
McCabe added that the department was at the end of a five year threat assessment training they did in 2013, and were able to catch it with the grant at the last month of the cycle. “It’s been over five years since the Westfield PD has had the training. This gives us the opportunity to train the department again,”’ Hall said.
Czaporowski said there will also be combined threat assessment training for the police department and school officials, counselors, and the safety team by the U.S. Secret Service, which he said has implemented new guidelines as of July, 2018.
Hall said the training will help respond to threats, such as any student exhibiting worrisome behavior. Rogers said it will help them to give support to students, “more prevention and mitigation of a threat.” “To identify it before it happens,” said Hall.
Mayor Sullivan said there is a city-side match of $86,230 to the COPS grant, which was already in the school district budget from school choice funds to implement the keyless entry system. Rix said the keyless entry system provides controlled access, documents when staff comes in, and allows the doors to be locked at all times. Now the grant will pay for that system. “We’ve been proactive in the schools,” Sullivan said.
The district first started working with the police department on Code White Trainings in 1999, following the school shooting at Columbine, implementing school resource officers and creating special response teams.
“Safety is our number one priority. We’re very fortunate to work closely with the Westfield Police Department,” said Superintendent Czaporowski.
“Conversely, that’s also correct,” responded Capt. McCabe.