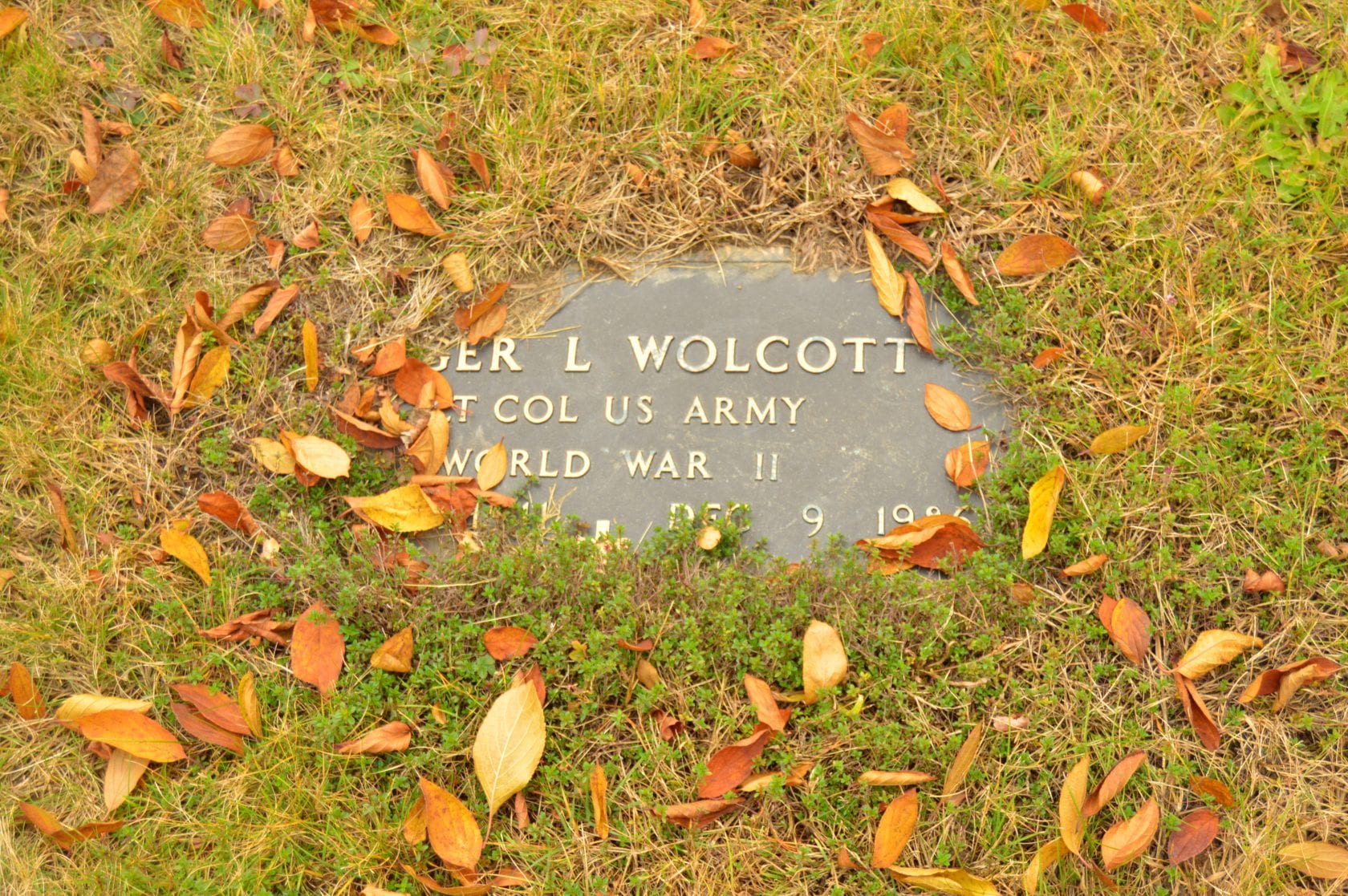 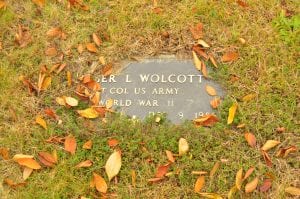 A grave marker for a veteran of World War Two in Pine Hill Cemetery. The marker is slowly being overtaken by dirt and grass due to weather shifting the soil around it (Photo by Peter Currier)

WESTFIELD- As Veterans Days approaches, most people will look to recognize those who served and are still with us. At Pine Hill cemetery in Westfield, there is a struggle to remember veterans who have passed, but that is not for lack of trying.

Walking along the rows of headstones and markers, one will notice American flags placed on many of the grave markers for veterans who have passed away or died in combat. Some look as though they were placed today, and some look like they have been through some rough weather. Many of the flags have fallen over and their stands have broken.

“One of the things with the flag holders is that they are plastic,” says Dale Dickson, Superintendent of Pine Hill Cemetery, “They used to be brass but those were getting stolen by people looking to sell the metals.” 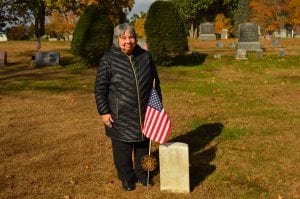 Dale Dickson, Superintendent of Pine Hill Cemetery, stands next to a veteran’s grave that has been cleaned with D2. The inscription on the stone is no longer legible, but the stone is now as clean as when it was first placed (Photo by Peter Currier)

“It’s such a cost to the cemetery,” says Dickson, “it’s not that they don’t care. They don’t have the manpower.”

Pine Hill Cemetery is a non-profit that makes its money mainly from selling burial plots.

Many of the flags are often damaged beyond repair by the time they go through all four seasons. They can be replaced, but Dickson says a lack of donations and spare flags makes that difficult to do at times.

Much of the maintenance for the cemetery is for the headstones and the area around them. Many of them are made of marble, but you would never know it because of the moss and grime that has been caked into the stone. Flat stones, which resemble a stone plaque placed on the ground, have been overtaken by the surrounding dirt due to the weather shifting the ground around them.

Although they are few in numbers, some volunteers have elected to donate their time, resources, and manpower to maintaining the headstones of veterans.

Gene Theroux, Past Commander of American Legion Post 124, has spent much of his time cleaning and documenting veteran’s graves in Pine Hill Cemetery and in cemeteries across the Pioneer Valley.

He donated a product known as D2 to Pine Hill Cemetery. D2 is used to remove biological and air pollutant stains from building materials such as the stone and marble used for grave stones.

“All you have to do is apply it to the stone and scrub it once,” says Dickson, “The stone will begin to slowly resemble what it looked like when it was brand new.”

Theroux, whose military roots go back to the beginnings of the United States, spends as much of his time researching old grave markers as he does cleaning them. 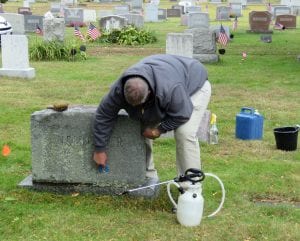 Gene Theroux, Past Commander of American Legion Post 124, cleans the family headstone of Lt Richard C. Neidinger, who was killed in action during the Korean War. Neidinger lies in Arlington National Cemetery but has his name inscribed on his parent’s stone. (Photo Submitted)

“Pine Hill has so much history,” says Theroux, “Every time I go in there I find someone new and interesting and I research them.”

Through ancestry tracing services, Theroux has been able to find that six of his ancestors answered the call of Paul Revere and William Dawes, otherwise known as the Lexington Alarm, the first battle of the American Revolution.

During his time cleaning up Pine Hill, a formal cleanup day was held that focused on the cleaning of Civil War veteran’s graves.

Despite the efforts of Theroux and Dickson, many of the older graves remain untouched.

“We can’t make the great grandchildren of veterans come out to maintain them,” says Dickson, “It’s nobody’s responsibility, but I wish a lot more people would volunteer.”

On Nov. 11, to commemorate the 100th anniversary of the cessation of hostilities in World War I, Pine Hill Cemetery will take community members on a tour of the cemetery to view the grave stones of veterans who fought in the conflict in Europe.