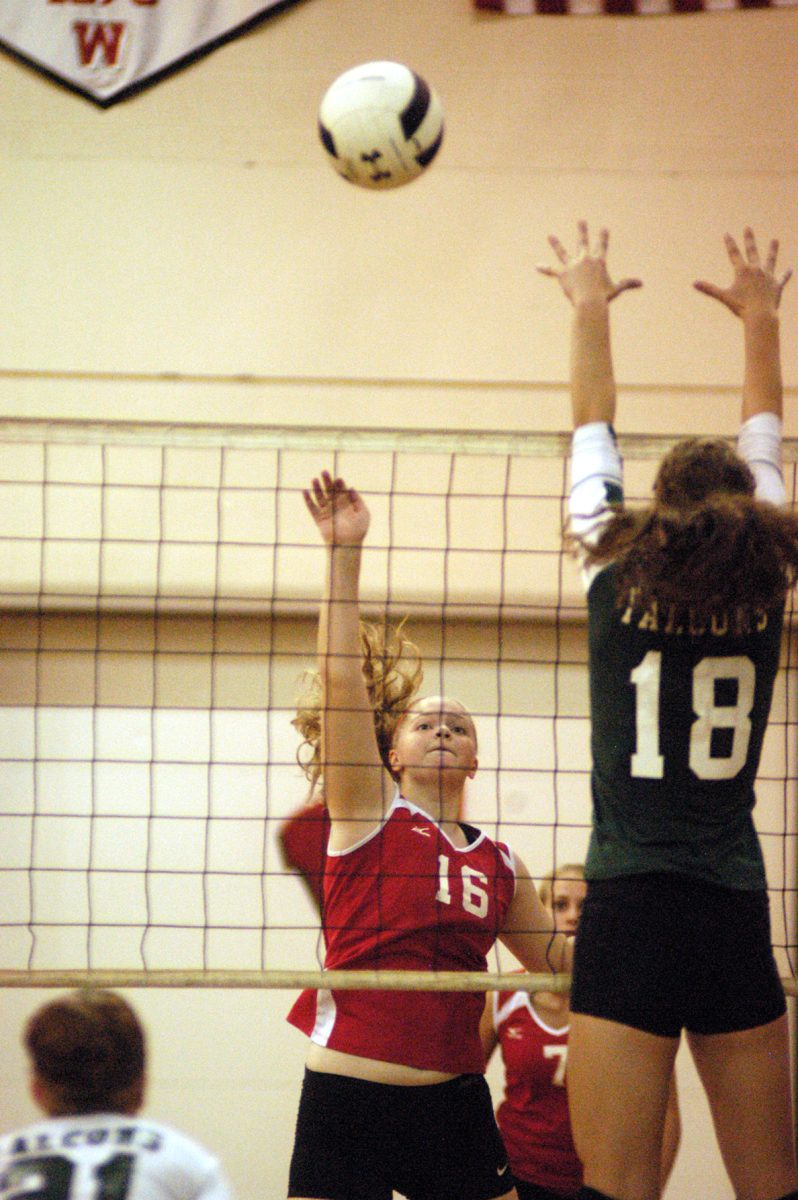 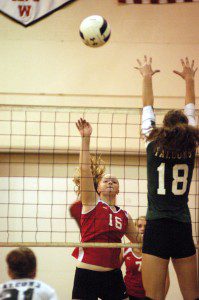 WESTFIELD – The Minnechaug Regional High School girls’ volleyball team can present a challenge to an opponent on any given night in any given season.
That task was made even harder for Westfield, who was playing without six senior starters (and a senior reserve) who graduated last spring.
Westfield stumbled out the gates, losing to Minnechaug 3-0 in Wednesday night’s opener on the Bombers’ home court. The Falcons swooped to victory, 25-6, 25-8, 25-13.
Paulina Modestow paved the way for Minnechaug. Modestow rang up 16 aces and delivered nine kills. Falcons’ Alex Weiss lent 18 assists.
“Paulina Modestow is probably one of the top players – if not THE top player – in Western Mass.,” Westfield coach Greg Thompson said. “She played a great game tonight.”
Thompson said it is the first of many challenges Westfield will face this season, and asks for fans to give his players some time.
“We’re going to see a lot of growth,” the Bombers’ coach said. “Minnechaug is one of the top teams in Western Mass. It was a good gauge for us to see what we can do the rest of the season.”
Thompson said although his team’s serves were “below what was expected,” he was pleased with the serve receiving, setting, and transition game.
“Our players were in the right places, we just weren’t executing,” he said.
The task does not get any easier as Westfield next takes on state power Longmeadow Friday on the road at 5:15 p.m.