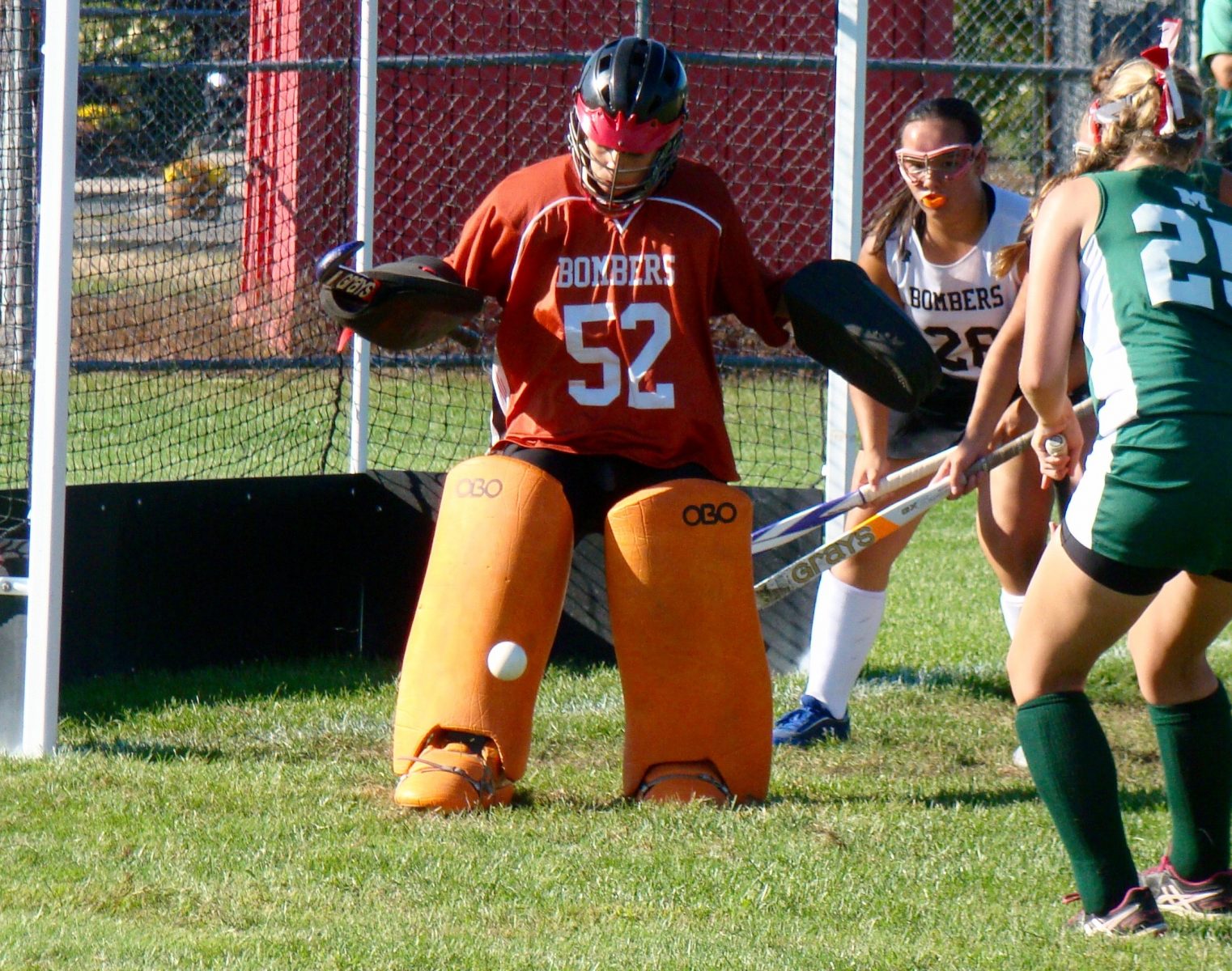 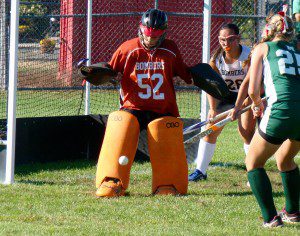 WESTFIELD – Mackenzie Murphy scored a pair of second half goals – the game-winner and one for insurance – as Minnechaug escaped Westfield with a 3-1 win in a high school field hockey game Thursday.
Co-captains Leighanne Sullivan and Gabbi Lunardini led the Westfield attack. Sullivan scored off a pass from Lunardini in a first half, which finished in a 1-1 tie.
“It was an incredibly offensively charged first half for Westfield,” Bombers coach Linda Rowbotham said. “We dominated.”
The electric first half push surprisingly produced just one goal for each team in the sweltering heat.
“We’re doing extremely well,” Rowbotham said. “In the second half, we seemed to run out of steam.”
Westfield goalie Emily Ciccolo made 21 saves, and was assisted by Morgan Shia, who made a key defensive save.
Minnechaug also knocked off Westfield in Junior Varsity action. In that game, Bombers’ Alison Bauer had a goal and Maddy Fornier an assist.

GOLF
Hogan, Murphy boost WHS
Westfield 173, South Hadley 181
Jack Hogan and Sean Murphy each shot a 42 to lead Westfield to a 4-2 mark on the front nine par-37 at Shaker Farms.