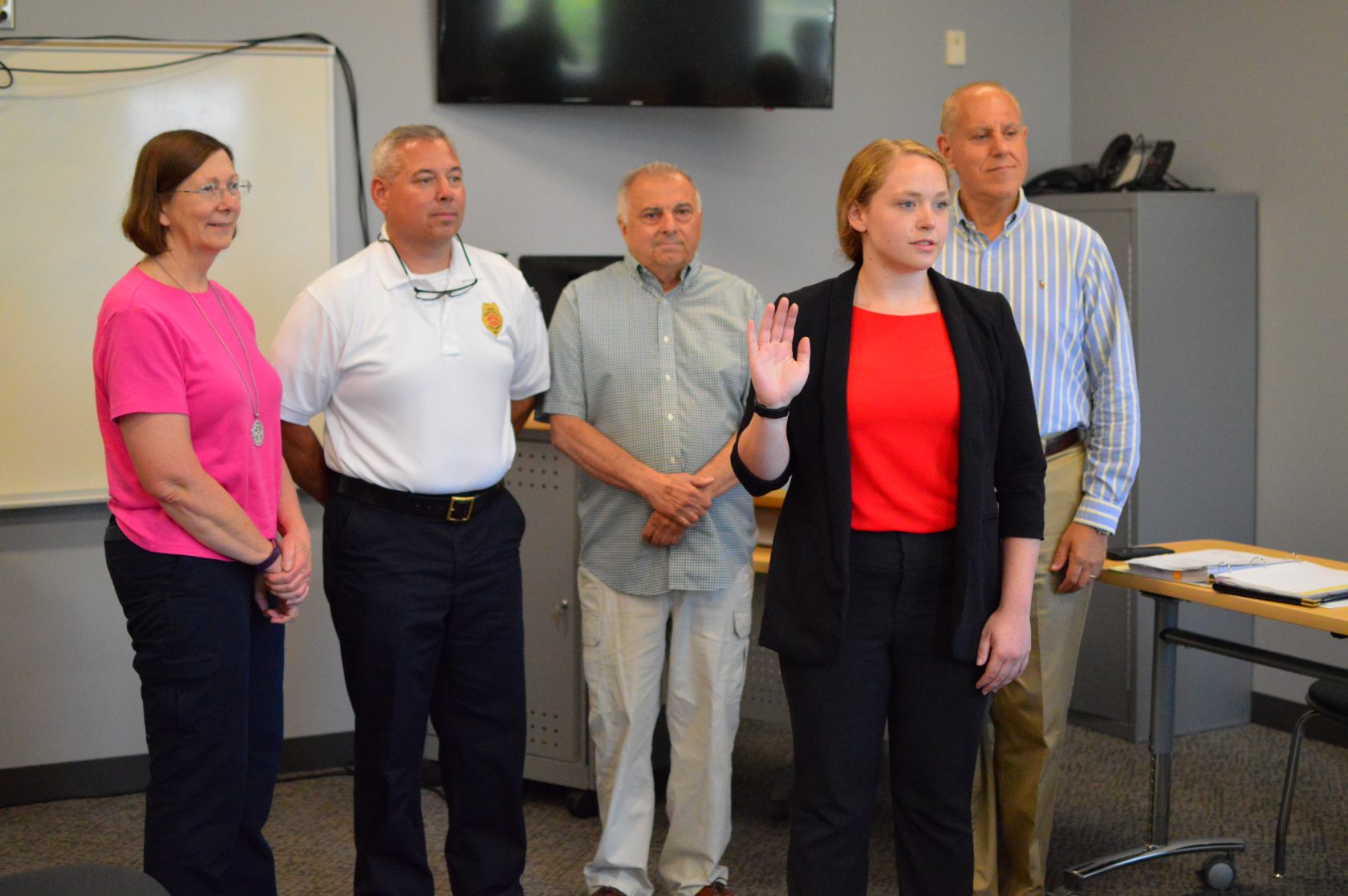 WESTFIELD- The Fire Commission voted unanimously Wednesday to appoint Gina Favata as the newest firefighter in the Westfield Fire Department during a special meeting at the Little River Fire Station. 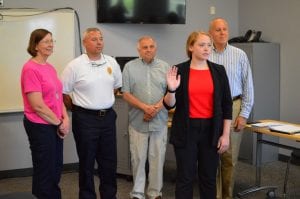 Favata was given the oath of office for firefighters Wednesday. She was given an offer of employment from the commission earlier this month along with two other prospective firefighters, Timothy Rowan and Bethany Thomas.

Favata is a certified paramedic, a requirement for new hires of the Westfield Fire Department. Those who are hired without their paramedic certification are required to obtain it within a specified time after their date of hire. Favata will still need to complete the fire academy within one year of her hire date.

“With all of the budget issues with the city council and the budget meeting, he essentially got scared and was offered a job in Agawam instead, so he decided to take the Agawam job,” said Egloff, referring to a nine-hour budget session where councilors cut the proposed fire department budget.

Egloff then said that the budget is all set, and that nobody needs to worry about it. He said that the fire department has the money to hire three new firefighters.

Thomas is expected to be appointed within the next few weeks, but she still needs to complete some hiring requirements.

Commissioner C. Lee Bennett suggested that the department perform a review of positions in the department that may be opened up in the near future due to retirements. Egloff responded by saying that the paramedic list is nearly exhausted.

“After that, I believe that we are going to have to go through the basic list and use the understanding we have with the local 1111 that any new hire that is a basic [firefighter] will have to become a paramedic within 28 months,” said Egloff.

Egloff then requested that the commission interview and hire new firefighters contingent on the retirement of certain firefighters.