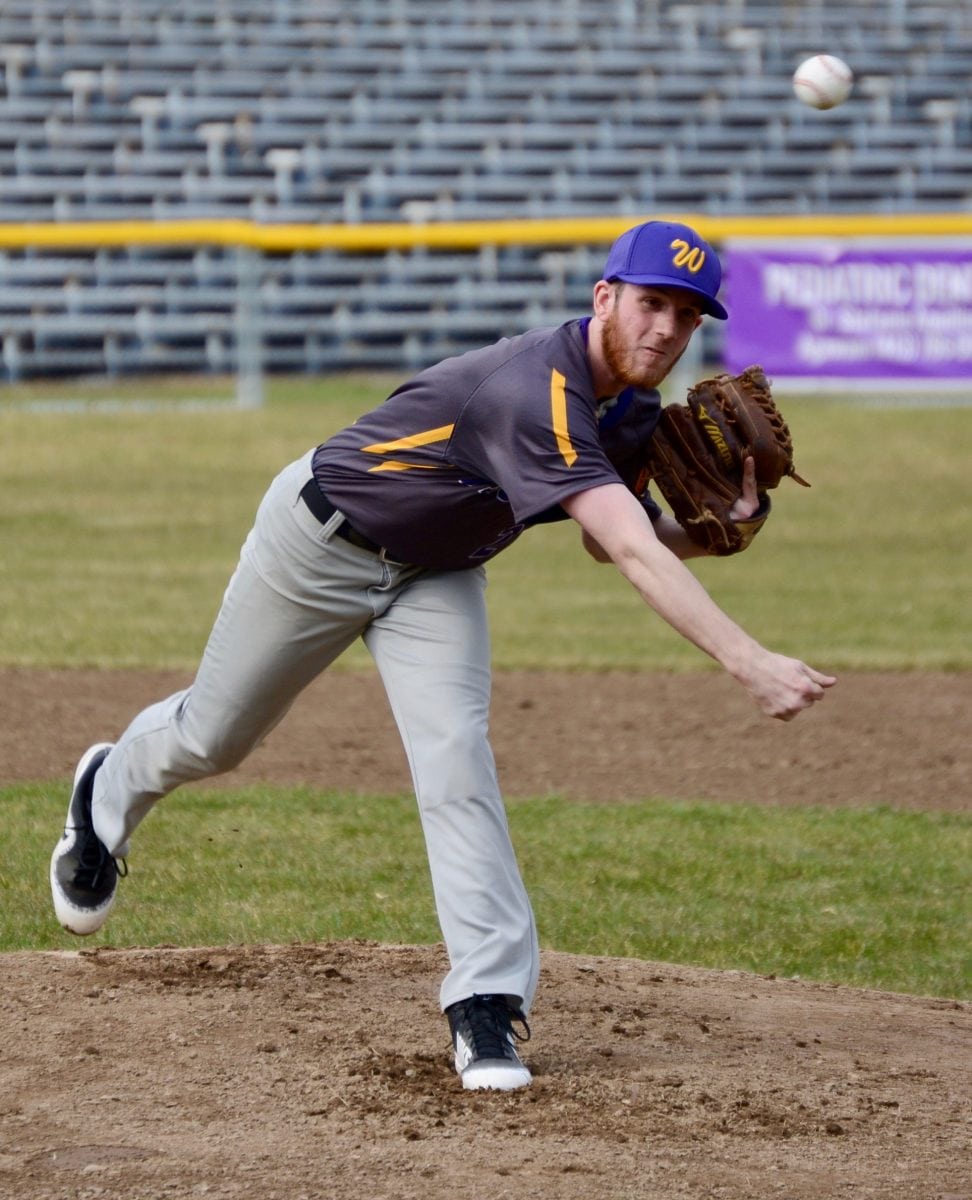 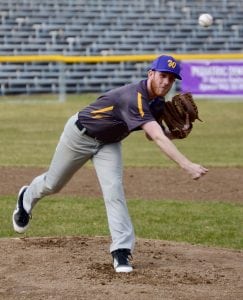 ROCHESTER – It was a site to behold, and an outcome worthy of some head shaking.
The Tri-County South League champion Westfield Technical Academy Tigers high school baseball team defeated Old Colony Regional Vocational-Technical (Rochester, Mass.) 5-3 despite being no-hit Wednesday in the MVADA Small School Vocational Tournament on the road.
Old Colony pitchers Matt Bumpos (4 2/3rd innings) and Jake Worden (2 1/3rd) combined to no hit Westfield Tech.
“It was fun,” said Westfield Tech coach Bob Eak, who was coaching his first tournament for the Tigers. “I wish we hit the ball a little better, but you do what you’ve got to do to score runs.”
Westfield Tech took advantage of some crucial Old Colony errors, making the opposition pay with walks, bunts, and sacrifice plays – just plain scrappy, heads-up play.
Chris Boyden walked once and grounded out twice, but still managed to plate three runs for Westfield Tech. Andy Daniels and Cade Bradley scored twice, and Brody Zabielski had a run scored.
It was scoreless for four innings, but Westfield Tech scored three runs in the top of the fifth inning. The Tigers added a pair of insurance runs in the sixth.
Westfield Tech’s starting pitching continued to dominate with the latest starter in the rotation, Daniels, tossing seven complete innings. He allowed three runs on four hits and four walks, striking out one.
“He pitched very efficiently,” coach Eak said in describing one of his ace pitchers.
Daniels allowed the first Old Colony hitter to reach on a first-pitch base hit, but picked him off. He went on to have a three-pitch inning, forcing two quick ground outs with the opposition showing no restraint at the plate.
Westfield Tech also delivered a near-flawless effort on defense. In the fourth, Tigers centerfielder Darryl Reopel floated all the way back to the outfield fence to snare a booming fly ball to end the inning.
“We were nervous going in,” said coach Eak, whose team was up against a 15-win squad, “but I’m proud of how we played defense from the beginning, and the intensity was there.”
Westfield Tech moves on to face McCann Tech in the small schools/vocational tourney finals at Joe Wolfe Stadium in North Adams. The game is tentatively scheduled for Monday. Time TBA.

SOFTBALL
Cybercats rally past Tigers
Sci-Tech 14, Westfield Technical Academy 11
Sci-Tech rallied from seven runs down to defeat Westfield Tech on “Senior Day” at Whitney Field. The Tigers led 6-1 after two innings and 9-2 after four, but the Cybercats scored seven runs in the fifth inning to tie it. They went ahead late with a three-run sixth inning, and tacked on two more runs in the seventh.

BOYS LACROSSE
Towers, Blanchard pace Saints
McCann Tech 13, St. Mary’s 10
Ed Towers (5 goals) and Aaron Blanchard (4) combined for nine of St. Mary’s 10 goals. Both had two assists.
Mike Pepe (1 goal) and Byron Duda (1 assist) also contributed offensively.
St. Mary’s goalie Jermay Hoar collected 23 saves.
“While the Saints lost today we had a great season coming a long way from our first game,” St. Mary’s coach Gregory Towers said. “At the start of the season we had nine players that had never played the sport of lacrosse before, most of which didn’t even have all the required gear until two weeks before our first game.”
Despite all the obstacles, St. Mary’s managed to best its best record in recent memory at 5-7.
“We focused on growing as a family, team while each player also worked hard to improve individual skills,” coach Towers said. “Also, it was nice that our ground ball regiment of drills at practice started to pay off a few games into the season.”