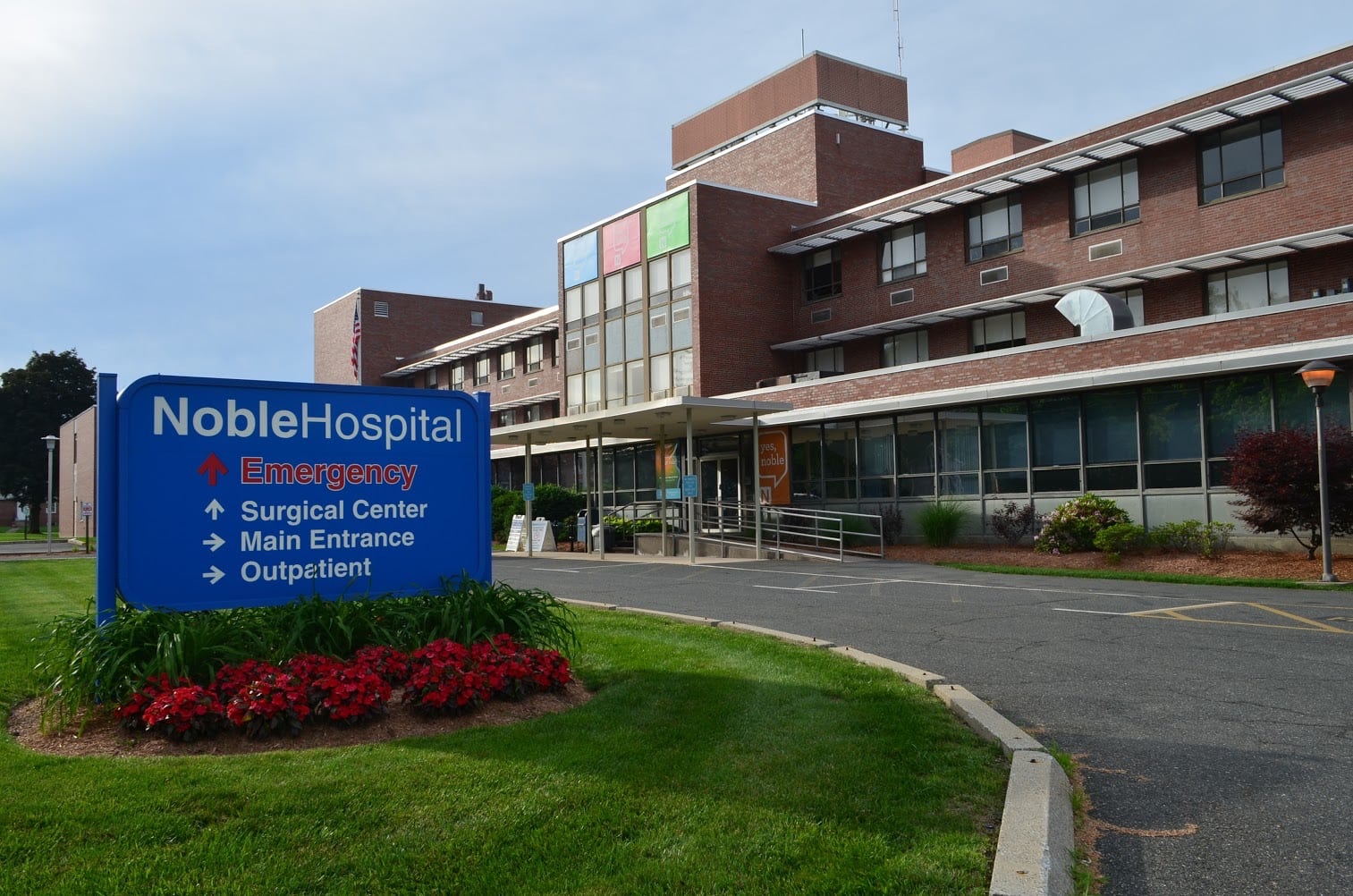 WESTFIELD- Baystate Noble Hospital is reducing the number of active nursing positions in the hospital’s only medical surgical unit, 2N, by 15 according to Noble’s Chief Administrative Officer and Chief Nursing Officer Michele Urban.

The cut of 15 nursing positions comes with a cut of five unidentified, non-nursing positions in the hospital. In Urban’s statement, she said that the 14 of the 15 nurses have accepted other positions within the Baystate Health system with 13 of them remaining at Noble Hospital.

“This reduction was necessary due to the current inpatient volume at the hospital. With a continued focus on safety, quality and patient experience, Baystate Noble will now use the medical/surgical unit as the primary unit for all medical/surgical inpatients, including telemetry patients,” said Urban’s statement, “The telemetry unit will be available as a flex unit to be utilized – and appropriately staffed – as we experience patient volume increases, such as may occur during the flu season.  The ability to flex to the number of patients we are caring for on a daily basis will provide optimal care for patients.”

Urban maintained that the reduction was not related to the previous and ongoing changes at Baystate Noble Hospital including the closure of its Intensive Care Unit and the impending closure of the Fowler Mental Health Wing.

On Oct. 17, members of the Massachusetts Nurses Association (MNA) gathered and marched in Springfield in protest of the cuts Baystate Health has been making in the past year.

“In spite of a reported $1.2 million profit in FY2018, Baystate Noble Hospital administration announced to our MNA bargaining committee on October 9 that they planned to eliminate 2/3 of registered nurses on 2N, the hospital’s only medical surgical floor,” said the MNA’s Joe Markman in a statement.  “The committee asked management why such a sudden, drastic layoff was called for, especially right before flu season. Management cited low census and claimed that the remaining nurses would be sufficient to care for Noble’s patients on the new ‘flex’ unit, after combining with telemetry.”

Markman’s statement continued by saying that January, now just over two months away, is typically the hospital’s highest census month, meaning they receive the most patients of any month in January.

“Baystate’s decision to make it harder for patients to receive the care they deserve in our community, at the beginning of flu season, is very troubling,” said Paul Dubin, a nurse at Noble Hospital and Co-Chair of the MNA Bargaining Committee. “Given the recent ICU closure at Noble and the proposed elimination of our mental health unit, our nurses are increasingly concerned that Baystate is abandoning its promise to keep care local.”

The MNA protest was a march from MGM Casino in Springfield to Monarch Place Thursday evening.

In the MNA statement, they decried Baystate Health’s continued partnership with US HealthVest in building the mental health facility in Holyoke that would replace the Fowler Unit in Noble as well as the mental health units in Franklin Medical Center in Greenfield and Wing Memorial Hospital in Palmer.

They said the partnership needs to end following the Seattle Times investigation that alleges patient neglect, dangerous staffing levels, and fraudulent documentation of care at US HeathVest facilities.

“Despite its tremendous financial resources, Baystate Health is choosing to cut back on vital patient resources in different categories of care and in communities across our region,”  said Donna Stern, a psychiatric nurse at Baystate Franklin Medical Center in Greenfield, senior co-chair of the BFMC Bargaining Committee and a board member of the MNA. “Baystate is attacking the foundation of what keeps our communities safe and healthy. They are eliminating intensive care units, mental health beds and now nurse positions in Westfield that people rely on for care when they are infected with influenza or have surgery.”