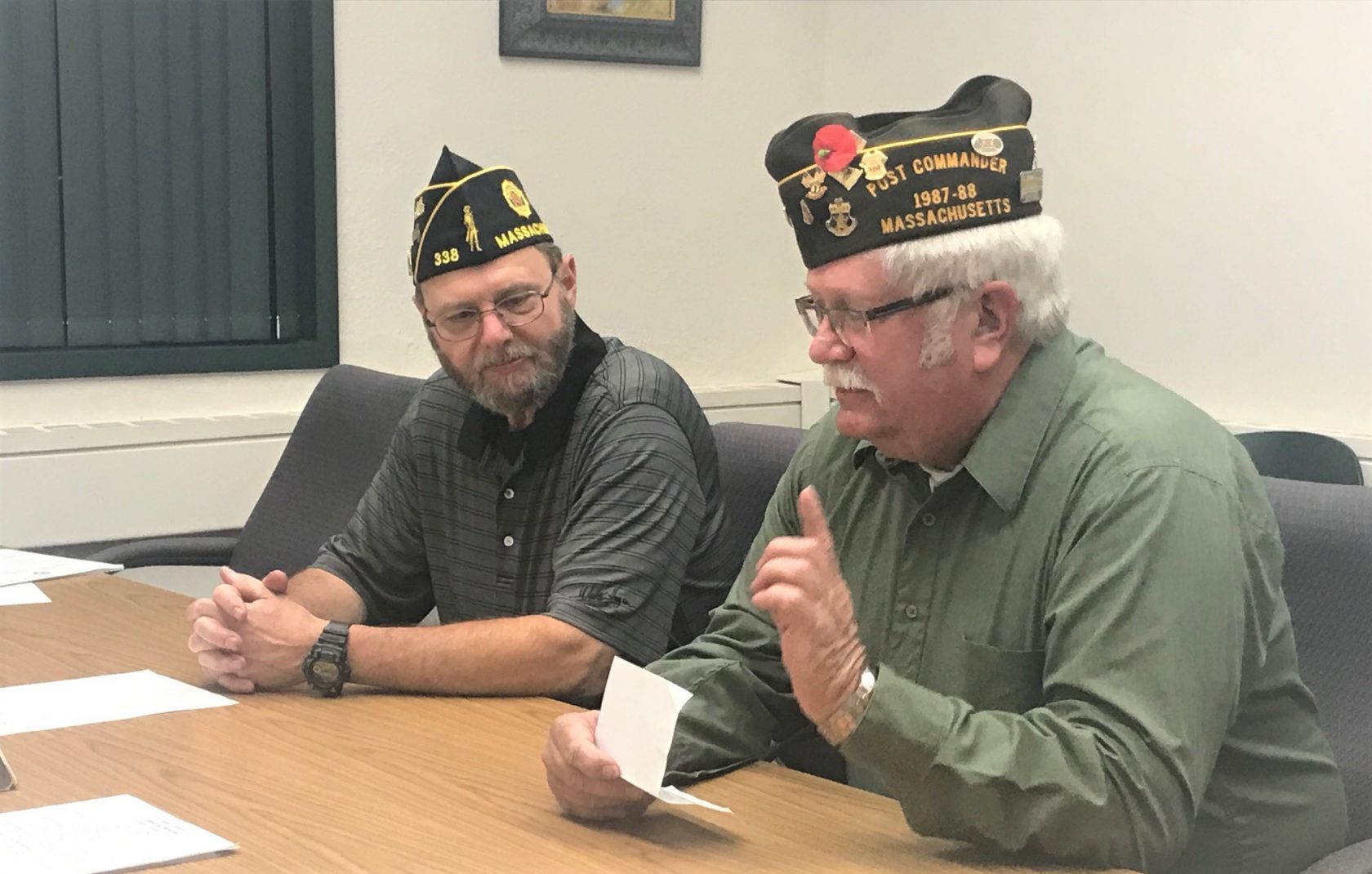 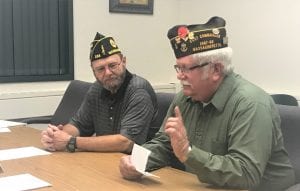 Southwick American Legion Post 338 Past Commander Rick Marcoullier , at left, and VFW Post 872 Past Commander Matt Egerton speak to the Southwick Select Board about an addition to the town’s veterans memorial. (Photo by Hope E. Tremblay)

Past Legion Commander Rick Marcoullier and Past VFW Commander Matt Egerton met with the Southwick Select Board last week to get the go-ahead to begin the process of adding names to the town’s veterans’ memorial.

“This is for veterans that live in this town but enlisted in another town and served in a war,” Egerton said.

Residents must have lived in Southwick for a minimum of 40 years following their service and must have served in a war zone to be considered.

Marcoullier said there are at least four people that they know of who meet those requirements.

Egerton added that the veteran cannot have been dishonorably discharged or be honored on a memorial in another community.

“Some towns have not done anything to let their citizens know about their fellow citizens who served in a time of war,” said Egerton, including himself.

Egerton enlisted in when he lived in Granville. However, he has lived in Southwick since 1979 and Granville’s memorial to honor its veterans includes those who served in WWI and WWII only.

“This is to recognize the service of those who are not recognized elsewhere,” said Marcoullier.

Egerton said in the past, veterans who served in the military but not in a war zone were honored. However, regulations now call for them to have served in a war zone, said Egerton.

“It’s the same for veterans of Afghanistan and Iraq,” he said.

Selectman Joseph Deedy had suggested the organizations come to the meeting “to get the ball rolling.”

The groups need to raise approximately $5,000 for the addition to the current memorial, located on the green at the corner of College Highway and Depot Street.