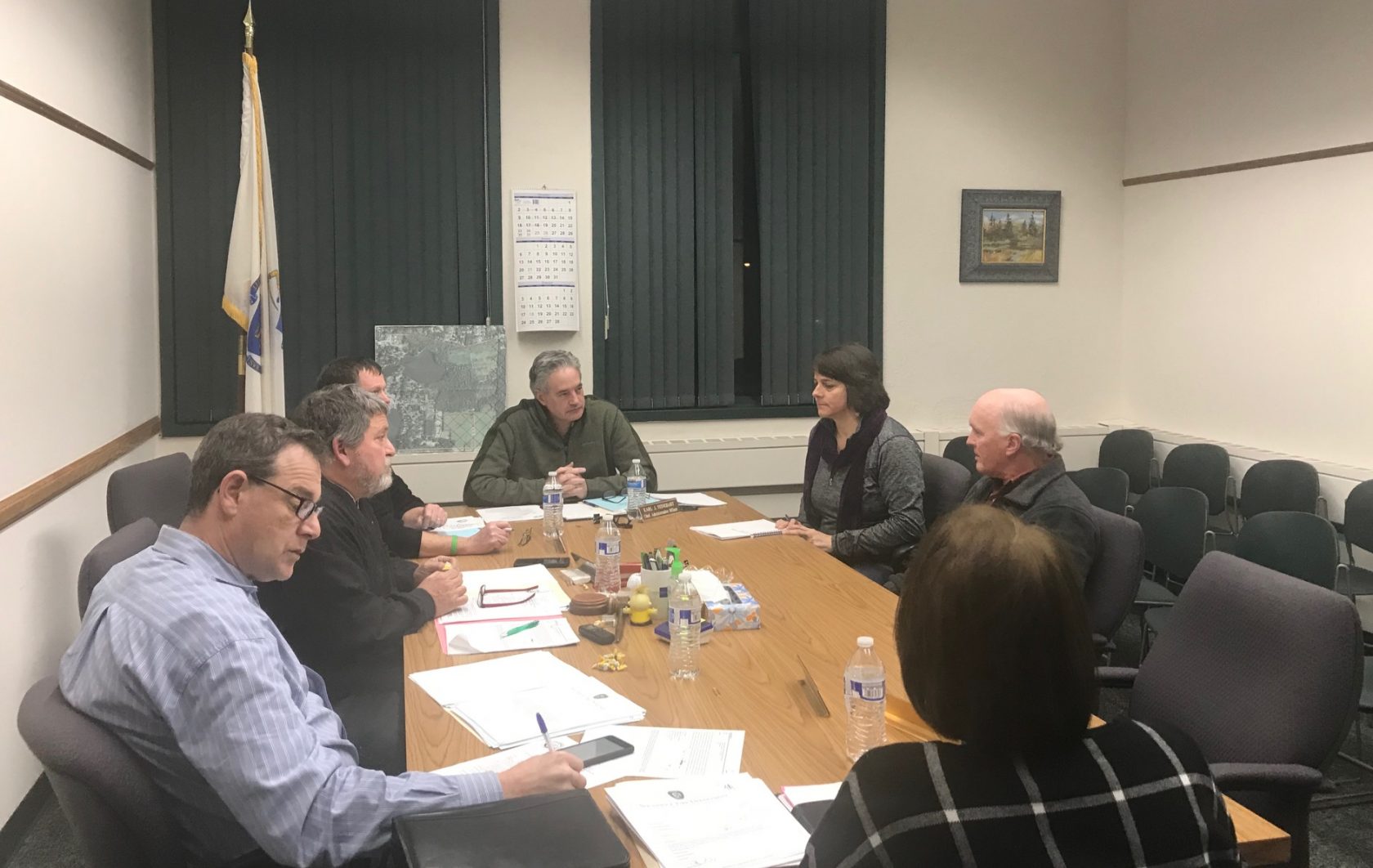 SOUTHWICK – Rich Hubbard and Alain Peteroy of the Franklin Land Trust met with the Select Board on Tuesday night to discuss their urgent need to get more funding and support in order to preserve the North Pond land.

Currently, the Franklin Land Trust and fellow North Pond supporters have about $1.4 million left to raise. In an effort to raise a portion of the remaining money needed, the Franklin Land Trust submitted an application to the Community Preservation Committee (CPC) in October for $500,000. About two years ago at town meeting, the CPC voted to allocate $1 million to save North Pond. 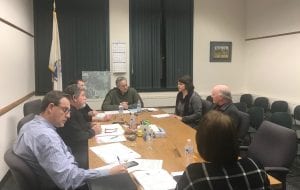 Rich Hubbard (far right) and Alain Peteroy (left) are seen discussing the North Pond land with the Select Board. (Photo by Greg Fitzpatrick)

According to Hubbard and Peteroy, the CPC isn’t looking to make a decision on the application from the Franklin Land Trust until their next meeting in January. Since the Franklin Land Trust believes that a decision in January might be cutting it close to raising the $5 million by March, they were looking for support from the Select Board in hopes that it could help speed the CPC’s response to the application.

“The CPC’s delay is a little concerning to me,” said Peteroy. “It’s just going to be too late to deal with that process.”

It’s support that Hubbard and Peteroy are very much hoping for.

“This is one of the hardest projects we’ve worked on but also one of the most important,” said Hubbard.

Hubbard and Peteroy then told the Select Board that they’re meeting with the state on Wednesday to discuss the funding options they may have to support the project. The Select Board noted that they’re interested in hearing what the state says. From there, they’ll continue their discussion with the Franklin Land Trust. Select Board Chairman Joe Deedy added that he’s not certain that the town could appropriate $500,000, but a lower figure could be possible.

Reported by the Westfield News on November 29, 2016, the Executive Office of Energy and Environmental Affairs gave the town of Southwick $400,000 in funding. On the same day, the Fish and Wildlife announced a $1 million grant to give the town a total of $1.4 million in funding for North Pond. If the CPC ends up giving the Franklin Land Trust an additional $500,000, the non-profit land preservation organization would seek $500,000 from the state.

If both requests were approved, the Franklin Land Trust would have about $400,000 left to raise in order to reach the $5 million and officially preserve North Pond. The latest appraisal of the North Pond property was at $5 million.