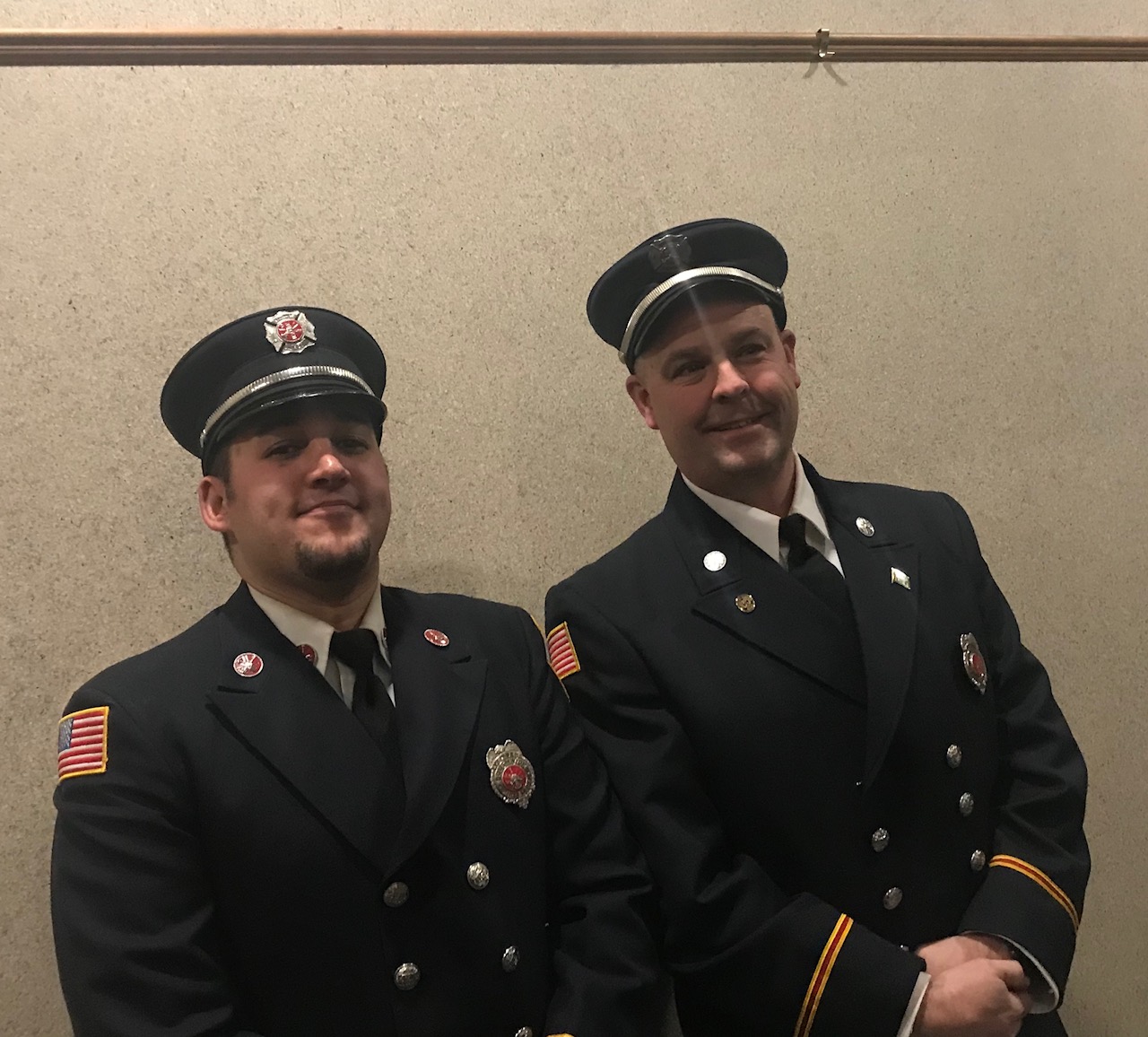 SOUTHWICK – Two Southwick firefighters were promoted to Lieutenant positions at the Select Board meeting on Tuesday night. 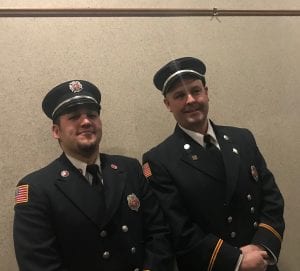 Steven Pinette (left) and David Smith (right) were appointed as Lieutenant’s on the call force at the Select Board meeting on Tuesday night. (Photo by Greg Fitzpatrick)

Steven Pinette and Dave Smith were both appointed to a Lieutenant positions on the call force. The call force is a part-time position where the Lieutenant’s will work a late-night shift, typically from 6 p.m. until 6 a.m.

Pinette, who works in the construction industry, is a four-year member of the Southwick Fire Department and is pleased with the promotion.

“I wanted to look forward to advancing,” said Pinette. “I enjoy doing a lot of the stuff we do.”

Working for a supply company in Hartford, Conn., Smith has been a volunteer firefighter with Southwick for 22 years.

“I want to take more of an active role,” said Smith.

For about a year, the two openings for Lieutenant positions appeared vacant, but Southwick Fire Chief Russ Anderson wanted to let time go by to allow multiple firefighters on call to prove their chance to earn the two positions.

Anderson is confident that both Pinette and Smith will be successful in their Lieutenant roles.

“They can pick it up and run, they’ve been doing it and know what to expect,” said Anderson.

The Southwick Fire Department has about 40 firefighters on call.