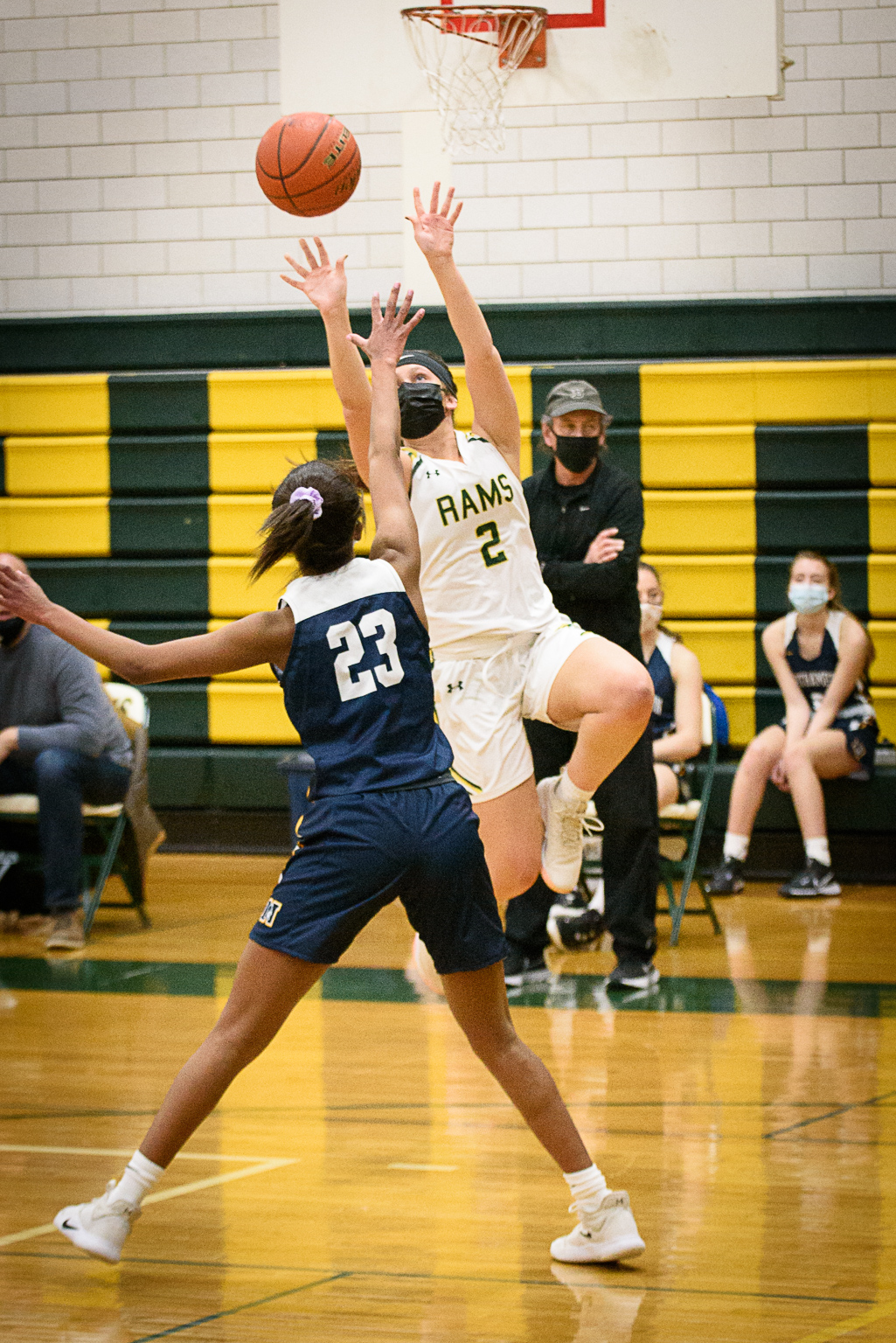 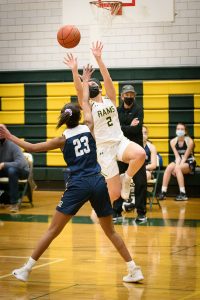 Southwick announced its presence from the start but Northampton quickly put its stamp on the court in dramatic fashion. The Rams recorded a big defensive stop on the first Northampton possession to begin the game.

Southwick’s Emily Hanifan started off the scoring after the stop with a free throw after being fouled, giving the Rams a 1-0 lead. Northampton then scored 14 unanswered points to end the first quarter and begin the second. The Blue Devils led after one period 11-1.

Northampton dominated the remainder of the first half with the use of its relentless man-to-man defense, forcing Southwick into numerous turnovers. The Rams were also faced with a Northampton full court press after every Blue Devils bucket.

Southwick regrouped a bit in the second quarter, scoring eight points. Four Rams players were able to score before the half.

At the half, Northampton led 29-9.  It was clear Southwick was outmanned, both offensively and on defense.

After the half, both teams traded baskets. Northampton then went on another run, scoring the next 16 points. Southwick added a free throw to end the third quarter.  The Blue Devils securely held the lead, 49-12, at that point.

Southwick played with determination and heart despite the lopsided score. The Rams were able to outscore the visitors in the fourth quarter 9-7 by playing hard to the final buzzer.