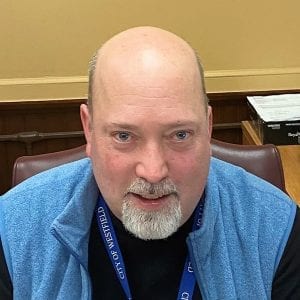 WESTFIELD- The Health Department reported 80 new COVID-19 cases March 24, a sharp increase in a time when the overall course of the pandemic seems uncertain.

Health Director Joseph Rouse said Thursday morning that there are no known case clusters to speak of in Westfield. The data from the city does not include cases detected among Westfield State University students, even if they are commuter students who live in Westfield.

Rouse said he fears that people are again becoming complacent as vaccinations continue to accelerate and the state continues its reopening plans.

“It’s down to people not being as careful because of the entry into Phase 4,” said Rouse. “It could lead people to believe we are doing good and that they don’t need to be as cautious. Whenever we advance to a new phase, we expect to see a slight increase in the numbers.”

But Rouse pointed out that Phase 4 Step 1 of Gov. Charlie D. Baker’s reopening plan only began on Monday, just two days before the 80 new cases were reported. People who tested positive before March 24 likely became infected before March 22, when Phase 4 began.

“Something had to have happened a week or two ago, You could probably say it was St. Patrick’s Day.” said Rouse, who then pointed out that there were increases in case numbers in the weeks after most major holidays in the past year.

While gatherings and COVID-complacency may be part of the explanation for the number of new cases, they may not be the only factors. Rouse said that different variants of COVID-19 may be causing an increase in spread. Most of the new variants share a common trait in that they are more infectious than the original variants of COVID-19.

In Massachusetts the dominant variant appears to be B.1.1.7, which was first detected in the United Kingdom last year. More than 400 cases of the B.1.1.7 variant have been detected in the state. One has to be specifically tested for a certain variant to know if they have it. Most COVID-19 tests only look to see if a person has the SARS-COV-2 virus in their body. They typically do not differentiate between variants at that point.

Rouse said there is no solid data to indicate that any particular COVID-19 variants are spreading in Westfield, he only proposed it as a theory to partially explain the recent increase in cases.

The new cases bring Westfield’s pandemic total to 2,738 cases.  The city also reported two additional deaths related to COVID-19, bringing the city’s pandemic death toll to 109 people. As of March 24, 86 people were in isolation due to COVID-19 in Westfield.