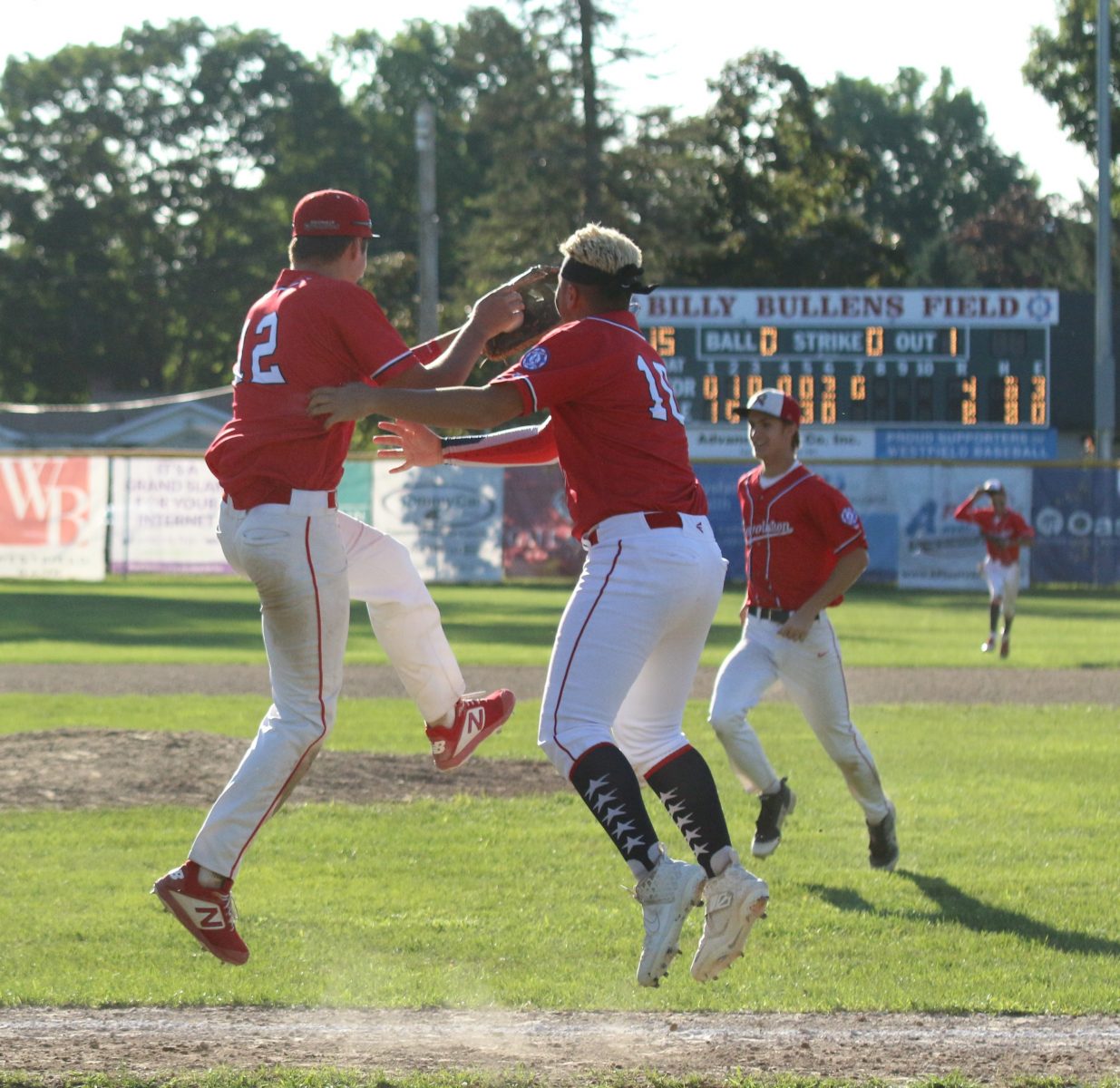 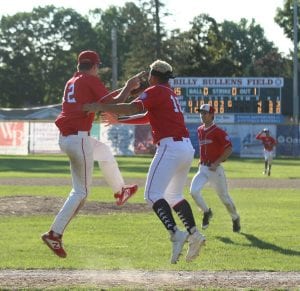 WESTFIELD – Norwalk 47, New England 7.
Norwalk (Conn.) repeated as champions of the northeast, completing an undefeated run in the Babe Ruth Baseball 15-Year-Old New England regionals with an 8-4 win over Keene (N.H.) in the finals Wednesday night at Bullens FIeld.
Norwalk dominated the tournament and eventually the championship, outscoring their opponents by a combined score of 47-7.
“(This) was our life-long dream since we were in Cal Ripken and Little League … go to the World Series,” said winning pitcher, Norwalk’s Vance Ward. Ward tossed a six-hitter, striking out seven batters in the process. He had a shutout going through five innings, having allowed just two hits up until that point before Keene made a late comeback attempt.
Although it was a rematch of teams from the 2018 New England regionals final that ended in dramatic fashion, the drama this time around, for the most part, was short-lived.
Norwalk pitcher and lead-off batter Vance Ward manufactured the game’s first run in the bottom of the first inning. Ward drew a lead-off walk off Keene pitcher Alex Charles, stole second base, advanced to third on a ground out, and scored on Brendan Eduardson’s sac-fly RBI.
Keene immediately tied it in the top of the second when Jack Kidney reached on an infield error, and scored on Jack McLaughlin’s booming base hit to right-center field.
One inning later, Norwalk went ahead.
After Danny Miller and Ward drew consecutive one-out walks in the third, bouncing Charles from the game, Eduardson hit a two-out RBI single off the Keene reliever for a 2-1 lead.

Norwalk broke it open in the fourth and fifth innings.
Mitch Stiles smacked a single up the middle with one out in the fourth. Cole Forcellina and Ben Boccanfuso loaded the bases with back-to-back walks. The Keene shortstop could not cleanly field a bleeder from Phil Nora in the next at-bat, resulting in a run. A run-scoring single from Danny Miller made it 4-1. Another infield error made it 5-1.
In the fifth, Echevarria’s walk and Stiles’s one-out base hit forced another pitching change. A new reliever did little to slow Norwalk’s momentum. Phil Nora and Miller drew consecutive bases-loaded walks. A Ward RBI hit gave Norwalk a commanding 8-1 advantage.
Keene finally got ahold of a couple of Ward’s pitches in the sixth inning. Liam Conley belted a two-run double, and McLaughlin lofted a one-run double to pull their team within four runs of a tie.
Norwalk reliever Ali Morin came on to close out the seventh. After allowing a Liam Yardley single in the seventh, Morin came back to force a fly out. Connecticut’s team of All-Stars turned a 1-4-3 double play to end, and then stormed the field in celebration.
“ It took a lot of hard work, a lot of practice,” Ward said. “You have to make a lot of sacrifices because of school work and outdoor activities like parties. You’ve got make up your mind whether you want to be the party guy or you want to be the grind guy.”
Norwalk will now travel to Bismarck, North Dakota for the Babe Ruth Baseball 15-Year-Old World Series Aug. 7-15.
Notes: Greater Westfield Babe Ruth League President Dan Welch said the New England Regionals was deemed a success, noting, “The volunteers went above and beyond despite the hot weather. The competition was good; the teams were respectful. Now, we are looking to our World Series.” … The City of Westfield will host the Babe Ruth 13-Year-Old World Series Aug. 8-15. …Volunteers are still needed for various duties and tasks during the week-long tournament. Anyone interesting in helping out is urged to sign up online at www.westfieldworldseries.com. 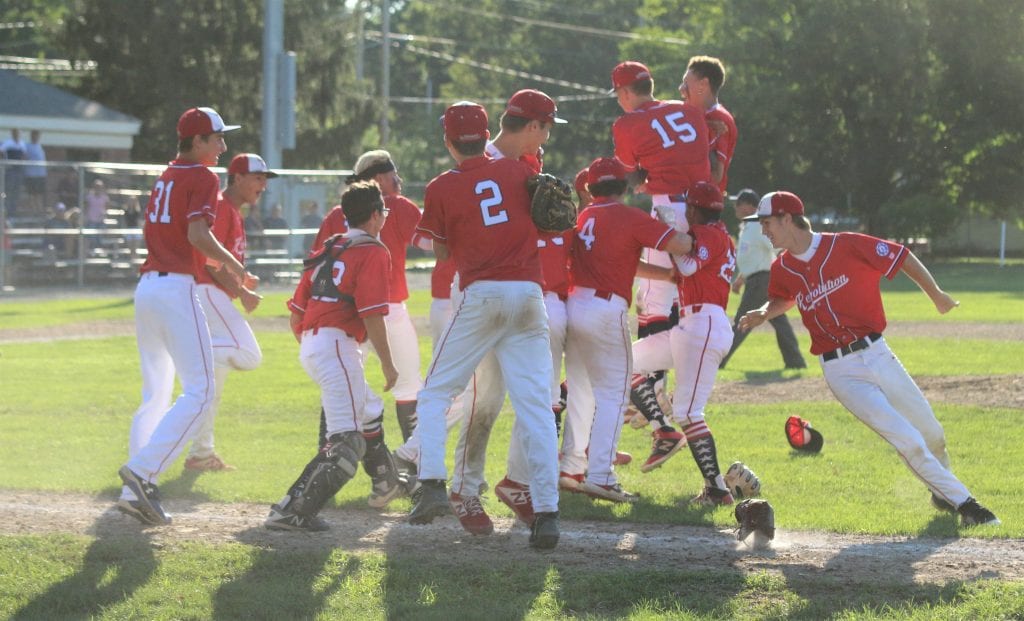