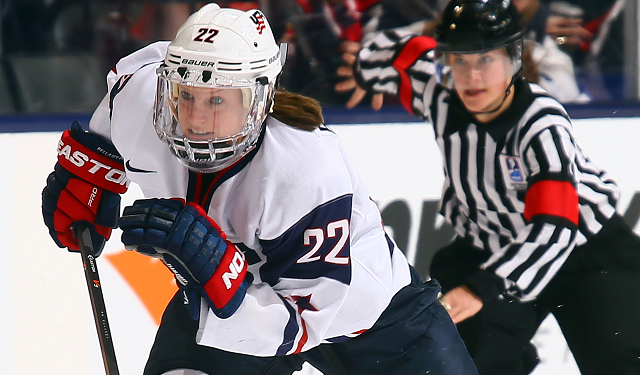 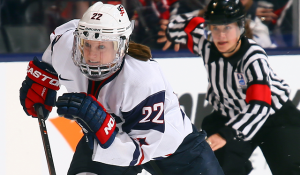 WESTFIELD – Two-time Olympic women’s ice hockey silver medalist Kacey Bellamy will return to the Whip City this evening, and a celebration is planned upon her arrival. She will be welcomed back by family, friends, and fans. Anyone wishing to catch a glimpse of the Olympian is welcome to attend the festivities at Amelia Park Ice Arena tonight from 6-8.
Bellamy began her hockey career as a young child in the city’s youth organizations before attending Berkshire school in Sheffield. She continued her hockey career there before moving on to the University of New Hampshire, where she joined the ranks of the school’s all-time leaders in career points by a defenseman.
Bellamy graduated UNH in 2009, played for Team USA in 2010 and 2014, and is also currently a member of the Canadian Women’s Hockey League’s (CWHL) Boston Blades.
Come out to Amelia Park Ice Arena on Wednesday night to support Kacey Bellamy and local hockey in the Whip City!