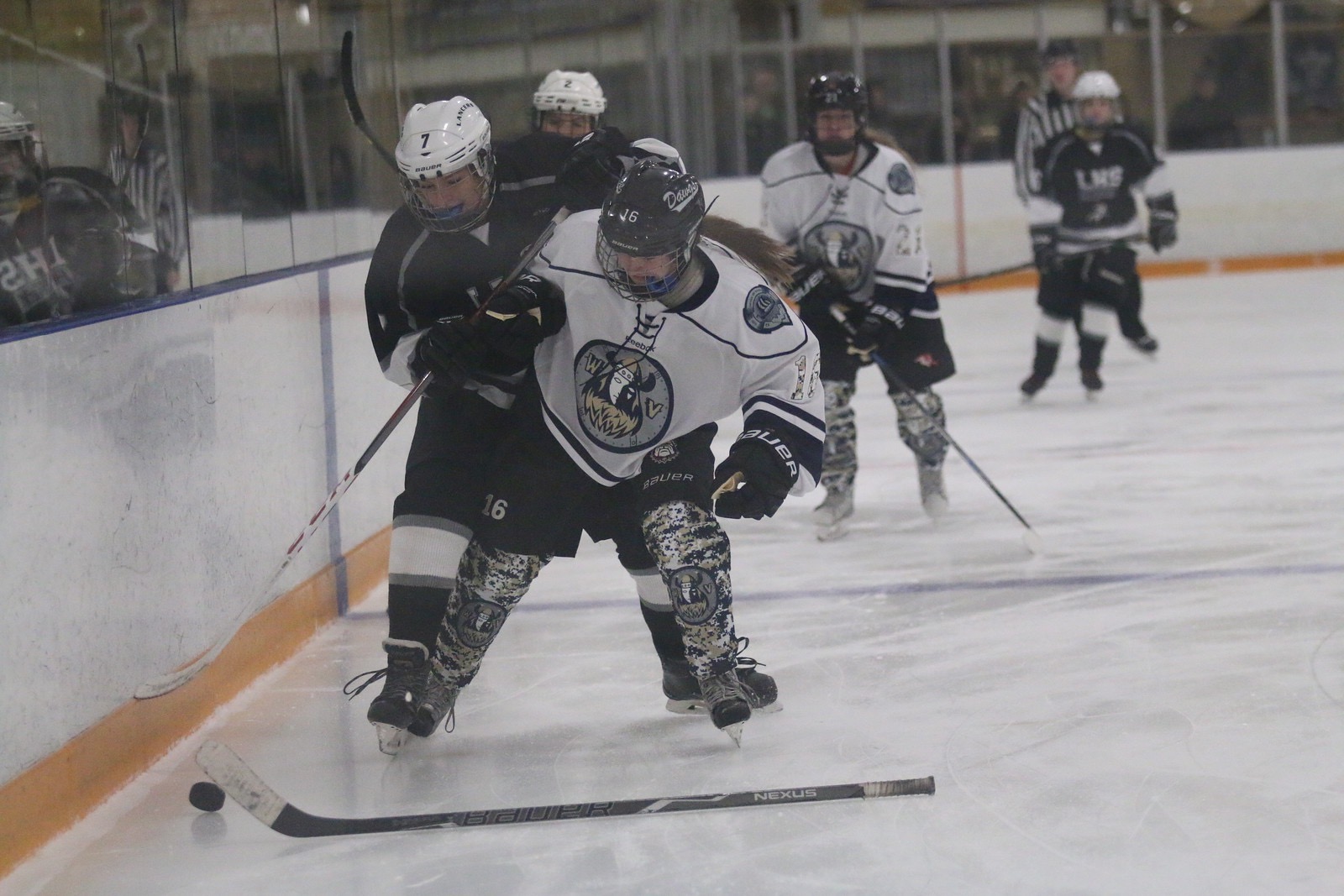 AMHERST – Belchertown scored two goals in the first minute of the game, and then held off St. Mary’s furious third period rally to defeat the Saints in a high school hockey season opener late Friday night at the Mullins Center Practice Center.
Ben Margarian scored on a putback 22 seconds into the game, and Christian Assimus scored again for the Orioles 26 seconds later to get Belchertown off to the fast start.
“We had to really calm down as a team right there” St. Mary head coach Don Goodreau said. “We collectively took a deep breath, and got back to playing some good hockey.”
St. Mary’s managed to chip away at the lead. Senior Matt King scored on a feed from Shaun Gezotis halfway through the first period. Belchertown added a third goal when Assimus scored again from the point, midway through the 2nd period, to reestablish a two-goal advantage. 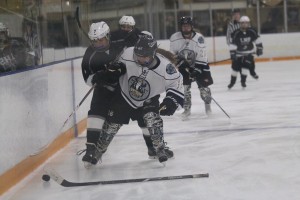 From that point on, St. Mary’s found its stride.
Sophomore Quinn Powers ultimately found the back of the net for St. Mary with just over eight minutes remaining in the third period. King and eighth grader Reid Hannan assisted on the play.
St. Mary’s had numerous scoring opportunities over the last few minutes, but Belchertown goalie Kyle Greene stood tall and rebuffed every advance. Greene finished with 25 saves. Matt Brady stopped 29 for the Saints.
“I really liked the heart the team showed,” Goodreau said after the game. “After getting down 2-0 in the first minute, we really could have quit. But we didn’t, we really showed something, and we can play.”
St. Mary returns to action Wednesday night, hosting Greenfield in their home opener at Amelia Park at 8 p.m.