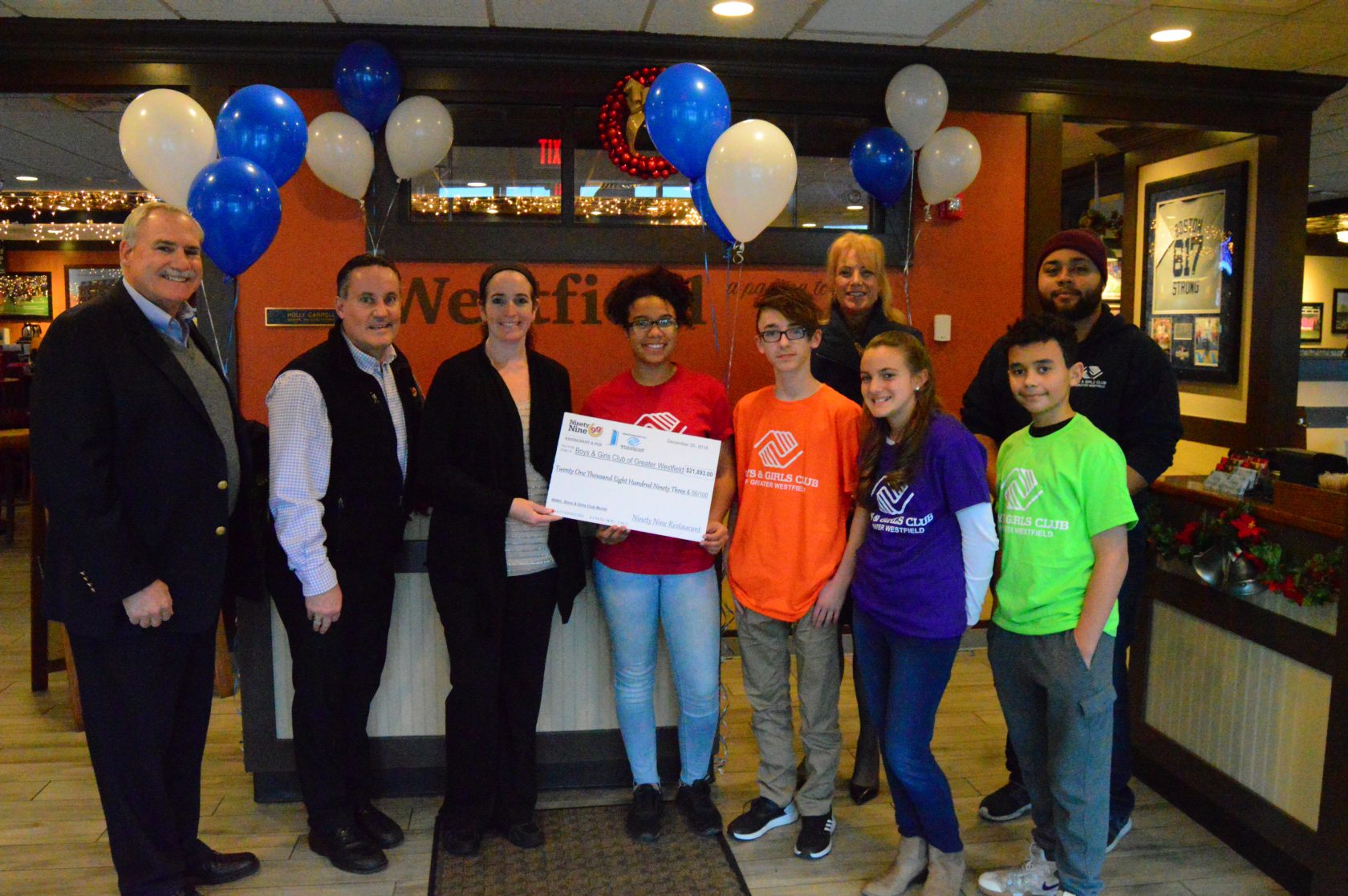 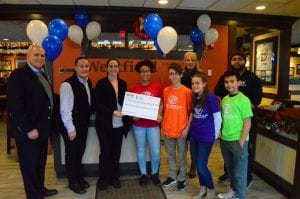 During the month of October all 106 locations of the restaurant chain hosted events and raffles to raise money for the Boys and Girls Clubs of New England and New York. On the menu, there were special items that, if purchased, gave a donation to the club as well.

“We hosted celebrity bartender night,” said Brian Casey, Operations Director for 99 Restaurants, “We had four teams of ‘celebrities’ captained by members of the club board. The tips they received throughout the night were used as donations.”

The four teams were led by Jeff Sarat of Sarat Ford in Agawam, newly confirmed School Committee member Bo Sullivan, Attorney Marty O’Connell and Dan Burack of the Tekoa Country Club. All four of them are board members for the Boy’s and Girl’s Club. Each team of five or six people were competing to see who could earn the most donations in tips that night. Team Sarat won the trophy with more than $8,000 earned in ‘tips’.

Over the course of the month, the 99 Restaurant on East Main Street in Westfield raised $22,293 for the Boy’s and Girl’s Club of Greater Westfield, according to CEO William Parks. Casey and Westfield 99 restaurant General Manager Holly Carroll said that the restaurant was filled with people that night.

Casey added that over the course of the month, the combined donations from all 106 locations in New England and New York was $544,332. The money was given to the 67 Boy’s and Girl’s Club locations that 99 Restaurant partners with.