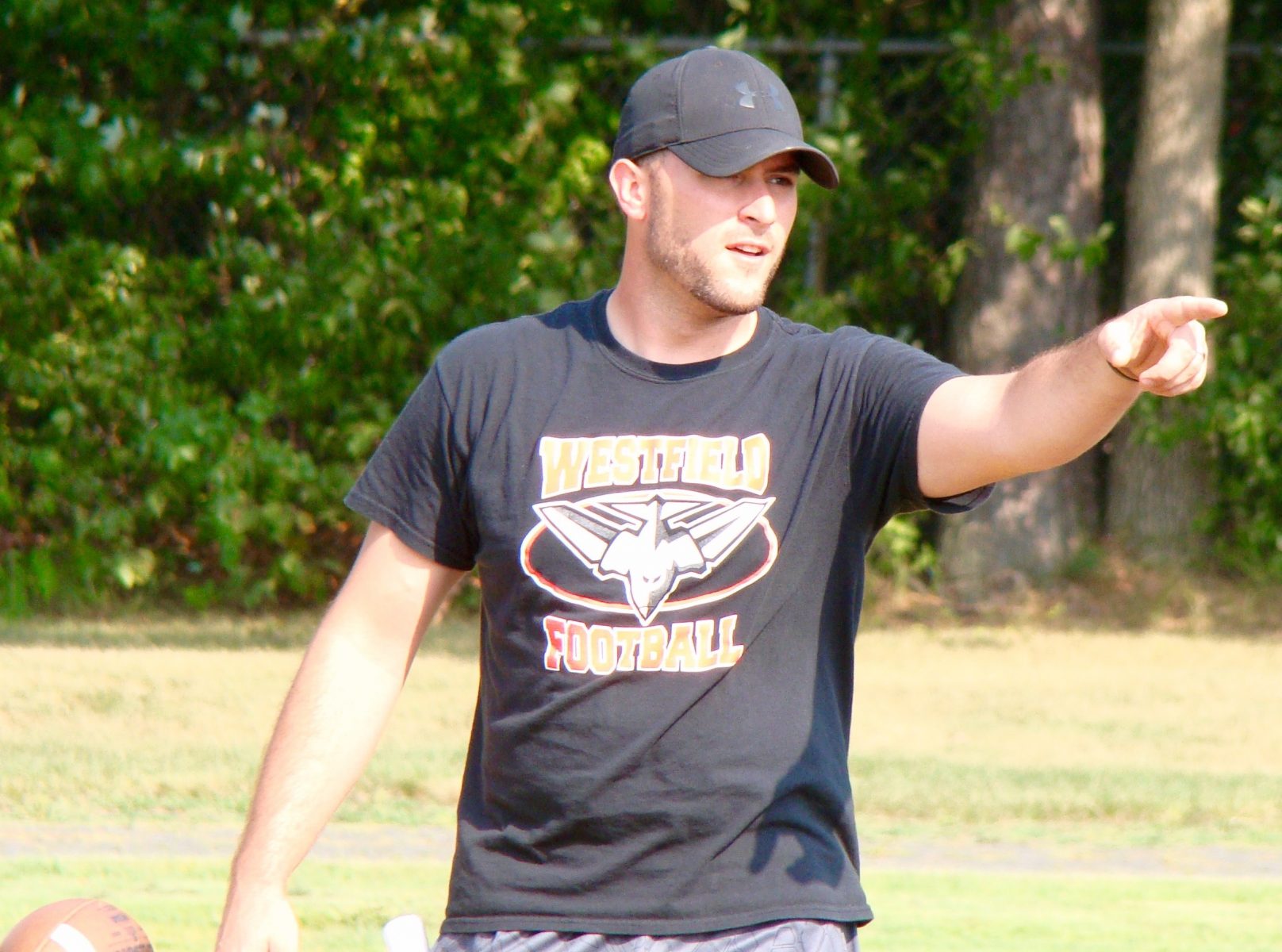 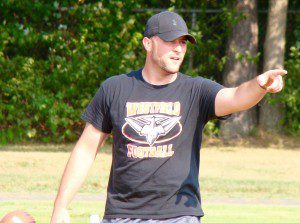 WESTFIELD – Fall is a great time of year for high school football.
Teams are tackling a season with renewed enthusiasm. Every squad starts on equal footing. The slate is clean. Everyone is 0-0.
The Westfield High School football team completed its ninth practice session Monday under coach Robert Parent, who is entering his first full season with the Bombers.
“We just finished up our eighth and ninth practices today with our first double session this afternoon and night,” coach Parent said late Monday evening.
Westfield spent a good portion of its Monday practice on defense, brushing up on individual and team defensive assignments.
This week of practice for Westfield comes sandwiched in between two scrimmages. The Bombers, who took on Hoosac Valley just a few short days ago, travel to Wahconah for its final pre-season tune-up Friday night. 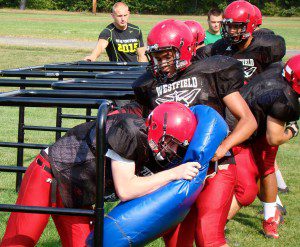 “Hoosac came at us,” coach Parent said. “They fought us pretty well, but we responded … It was nice to teach our kids a lesson or two.”
Parent said if there are three things his predominantly sophomore- and junior-laden team could sharpen over the remaining days leading up to the Sept. 11 opener against Abington would be to – (1) clarify responsibilities/assignments, (2) eliminate pre-snap mistakes, and, (3) lock down fundamentals (blocking/tackling).
That game will kick off at Frolior Junior High School out in the eastern half of the state at 7 p.m.
The next two scrimmages will also serve as the final dress rehearsals for junior quarterback Austin St. Pierre, who played the position for the first time last season.
“Austin made some strides (last season),” said Parent, who noted the quarterback’s continued growth over the offseason and into camp’s early days.
According to the Bombers’ head coach, the biggest asset Austin brings to the table is his athleticism.
“I think he utilizes his athleticism real well,” Parent said. “He’s a good runner.”
If opponents think St. Pierre is just going to tuck it and run on every down, they better think again though.
St. Pierre and the first-team offense are expected to play early into the third quarter of Friday night’s scrimmage as the coaching staff is expected to treat the game like the NFL’s third preseason game.
“It’s going to be quite the matchup,” Parent said of the final tune-up. “A nice road test. It’s going to be a long ride and we’re going to have to play some tough football … We will find out where we stand after that.”