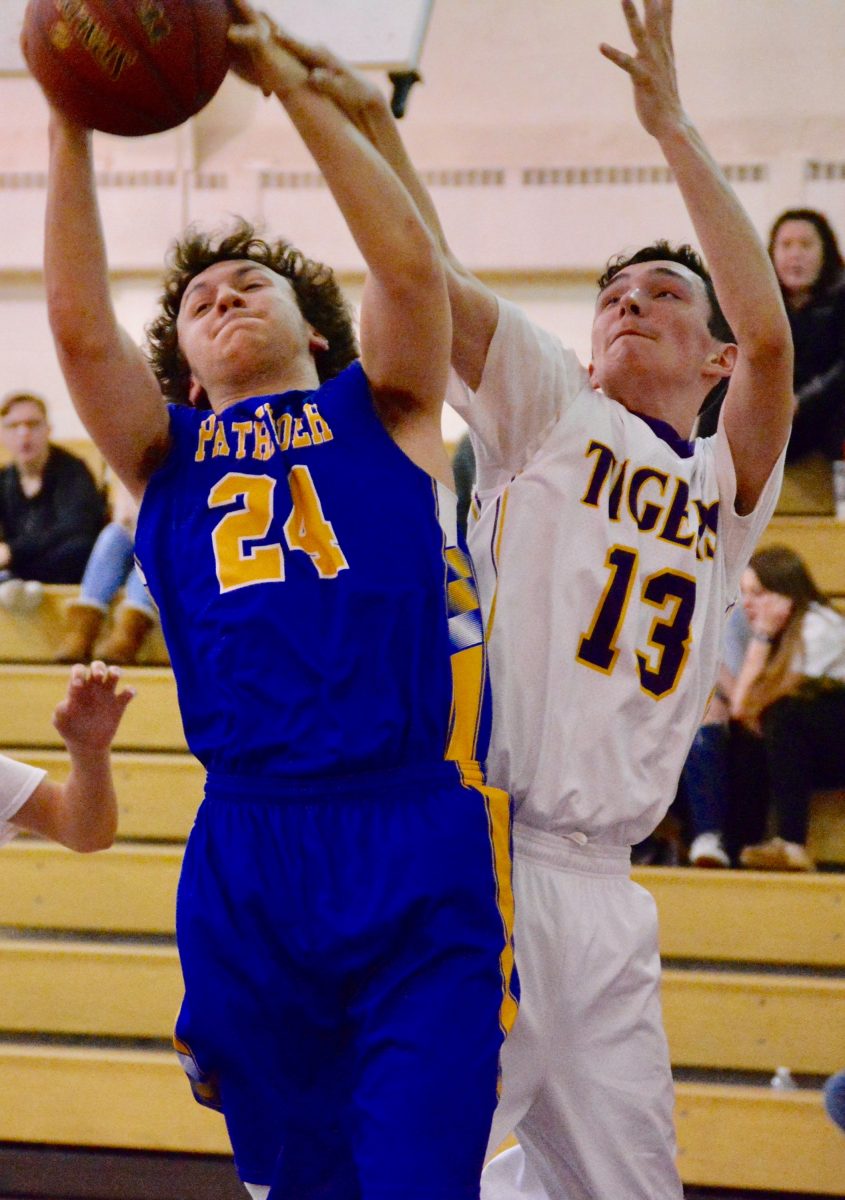 WESTFIELD – It was once said – “Winning isn’t everything; it’s the only thing.”
While that may be the case nine times out of ten (or so it may seem), the Westfield Technical Academy High School boys basketball team showed they have what it takes to win on the court – and in life.
On Monday night, Westfield Tech turned back Pathfinder 61-42 to complete a perfect season in the Tri-County League (8-0), finishing 10-8 overall.
In that game, Westfield Tech’s Mark Klyuchits made five 3-pointers and finished with 21 points, Josh Bush had 12 points, Tyler Starczyk exploded for three 3s and went 2-for-2 from the free throw line in the second half, and Andrew Czeremcha spread 10 points out by scoring in each quarter. 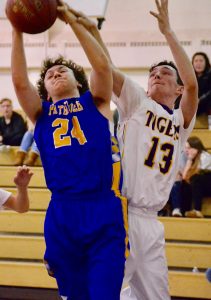 The Tigers outscored the Pathfinder Pioneers 37-21 in the second half to gain control.
“It all comes down to the fact they came together as a team,” Westfield Tech coach Kyle Dulude said. “They wanted to go undefeated in our league and they accomplished that goal tonight while also doing it with pride. As a coach, I couldn’t be more proud of a group as this one. It was a very special regular season and one I will never forget.”
It was memorable for more than one reason.
At halftime, Tigers players surprised Dulude’s son with gifts. The coach’s kid had surgery a short time ago, and was finally cleared to attend Monday night’s game.
“The guys put something together for him without me knowing,” said Dulude. “They showed me character I will never forget.”
The emotional tribute extended into the half.
“At halftime, they said to me that I take care of them and tonight they were going to take care of me and my family,” coach Dulude said. “It truly was one of the most emotional moments in my 18 years of coaching.”