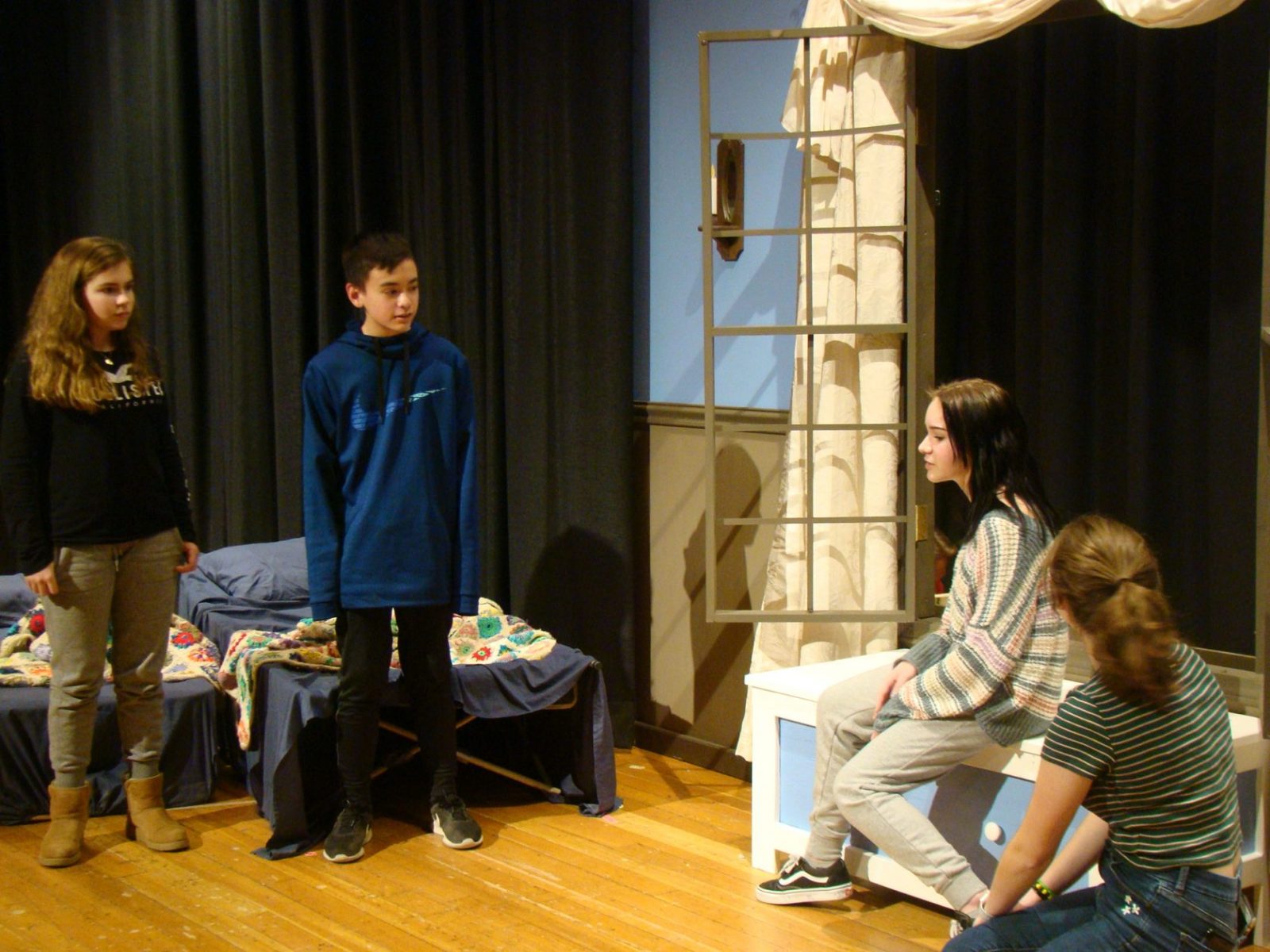 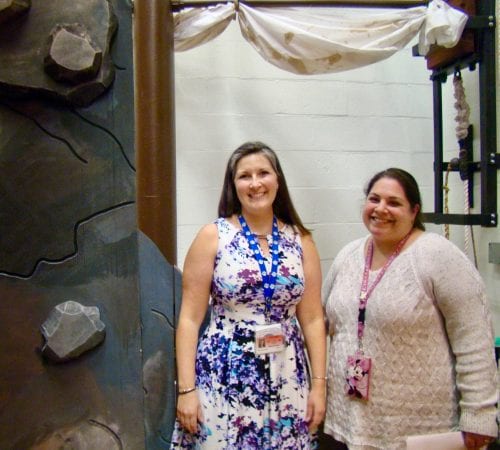 WESTFIELD – Based on the excitement of Irene Sweigard, CC Costello and Crystal Hollister, the three teachers who are co-directing “Peter Pan: A Musical Adventure” at the Westfield Middle School, the play is going to soar.
“It’s been a blast,” said Sweigard, who teaches seventh grade writing at the school. She said they started with auditions in November and rehearsals in December, which will continue all the way to the show on March 13 and 14.
During a rehearsal on March 2, teacher Matthew Preye was still working on the Darling children’s bedroom set, right up until the actors came on stage. 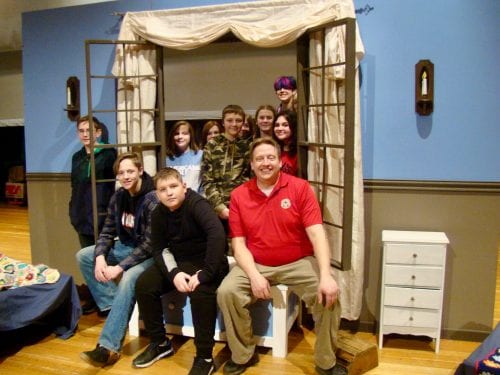 Hollister, who teaches seventh grade social studies, said that Preye and the student tech crew helped to construct the pieces, which include flats, a cave and a pirate ship. “The set is bigger than we’ve ever done before. It’s a challenge for us,” she said.
This is the second production that Sweigard, Hollister and Costello are co-directing, after doing “Nifty Fifties” last year. She said that play had been done before, and the costumes and set pieces were all at the school. For “Peter Pan,” they put out a call for assistance.
“We reached out to the community for a lot of the set pieces. Home Depot was very generous, and donated a lot of the set pieces,” Sweigard said, adding, “The crew is amazing.”
Hollister said other staff helping in the production include choral director David Gomes, who is helping with the vocals, and science teacher Jeffrey Gelinas, who is helping with sound and lights. 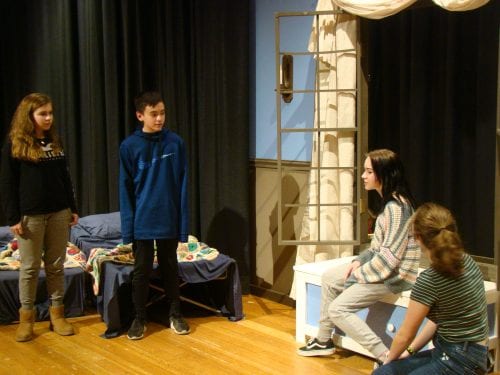 Helping all the teachers are the students. “We have a great team to make this possible. It’s a pretty intense middle school production. We’re trying to make it all be student-run,” Sweigard said. She said students are taking care of the music and set changes.
As for the actors, all the teachers agree: “The acting is amazing for seventh and eighth graders,” Sweigard said.

“Peter Pan – A Musical Adventure” is a musical based on the novel by J.M. Barrie, takes the stage March 13 and 14 at  7 p.m. in the Middle School auditorium. Tickets are $3 for students and seniors and $4 for adults.