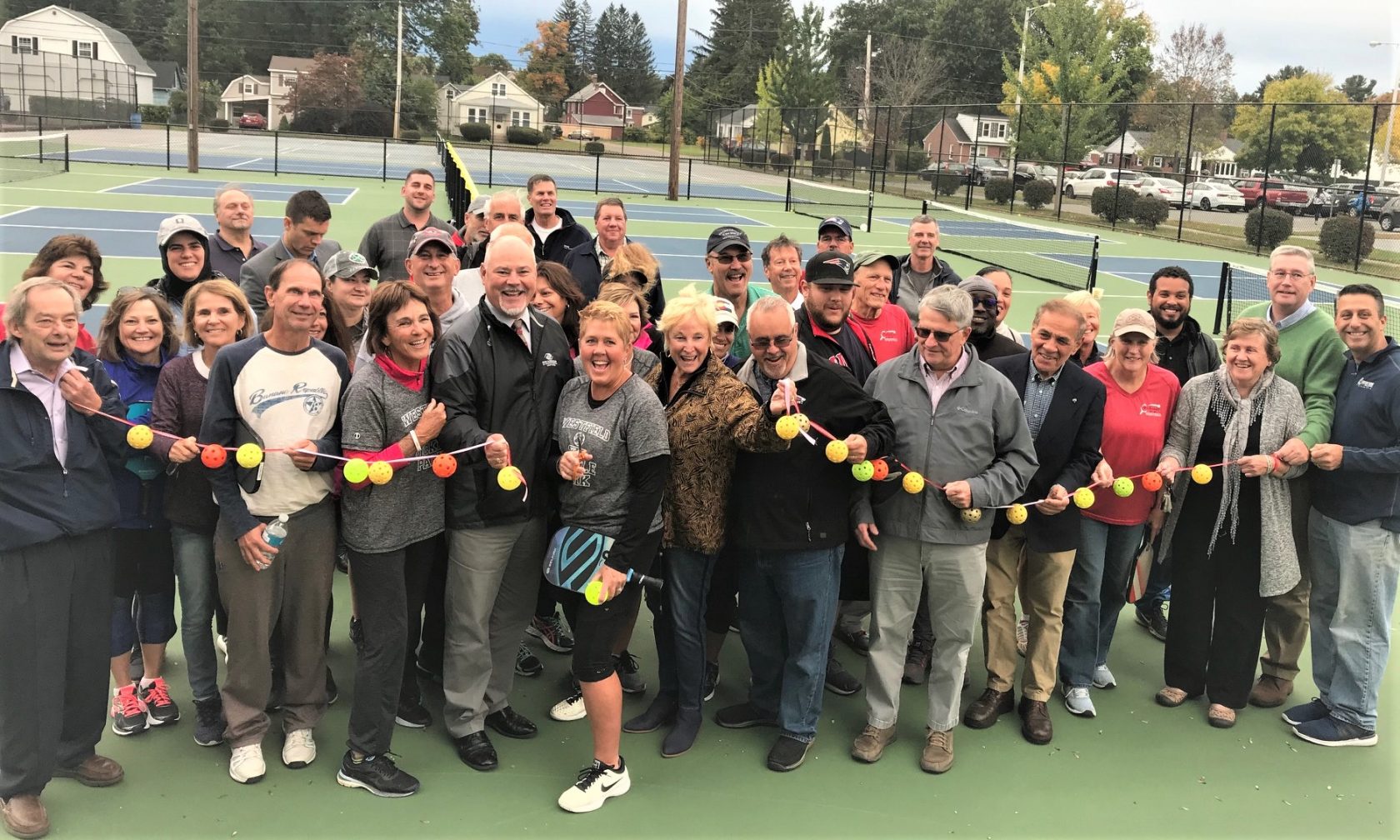 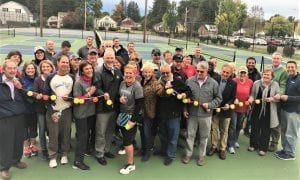 WESTFIELD – For the record, pickleball has nothing to do with pickles. The sport with the unusual name is taking the country by storm and the city is leading the way for pickleball in the region.

“Nowhere else in western Massachusetts or northern Connecticut has what we have here,” said Westfield Pickleball player Nancy Stolpinski Oct. 10.

Stolpinski spoke during the ribbon cutting ceremony for the new pickleball courts at Municipal Playground on Greylock Street.

Stolpinski helped spearhead efforts to renovate the former clay tennis courts to create six pickleball courts. She and other players met with Mayor Brian P. Sullivan, attended City Council meetings, and kept city officials’ phones ringing. Their efforts paid off and culminated in the grand opening Thursday. Stolpinski thanked Sullivan and councilors for listening to their plea and making the courts a priority.

“You really backed us,” she said to Sullivan, “and the council supported us.”

The courts were created using $115,000 of free cash and $70,000 left from a bond related to work at Park Square Green that was earmarked for recreational use only. The City Council approved the funding by a vote of 10-2 in March of this year.

Sullivan said the players really rallied together and showed him the numbers. He realized it was a popular and growing sport and there was a need for courts in Westfield. He said players were diligent in making sure they were not forgotten.

“I love the enthusiasm from the people who want to play,” he said, noting “pickleball is the craziest name, but I love it!”

Sullivan said the court renovation was “the biggest community project that we’ve done and went to the finish line without too many hitches.”

The use of the courts has been steady, with 30 or 40 players a day utilizing them. Players are largely from Westfield, but many come from surrounding communities and those numbers are growing.

“I came back from Boston one day and turned on Channel 15 and saw this debate and heard about the number of people in the (City Council) Chambers,” he said of the City Council meeting where dozens of pickleball players first publicly asked to renovate the courts.

“It was great to see people in the community that had a common goal come together – wouldn’t it be great if government did that?” Velis said.

Velis then suggested a wager be placed on a pickleball game between himself and Sullivan.

Ken Magarian of the Westfield Parks and Recreation Commission thanked all involved in the renovation as did Matt Gamelli from the city Engineering Department.

“About a year ago, Mark (Cressotti, city engineer) said ‘You’re a sports guy, want to design a pickleball court?’ and I said ‘What’s pickleball?’,” said Gamelli.

He said he learned a lot about the game and took on the project, which he dubbed a success.

Westfield Pickleball has outdoor play on the new courts Monday, Wednesday and Friday – Sunday at 8:30 a.m. with open play and equipment available.