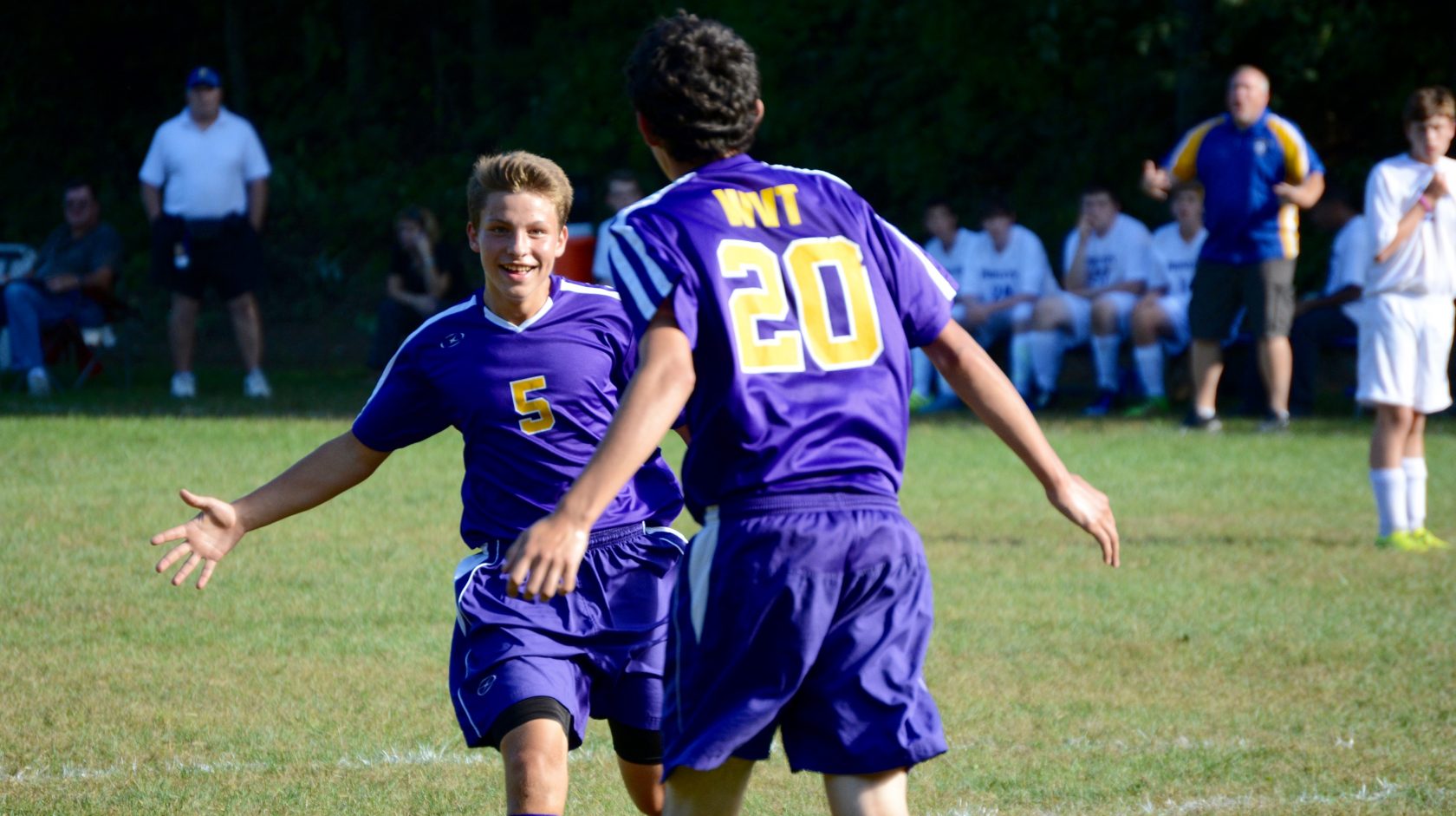 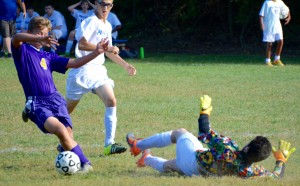 Westfield Technical Academy’s Ruvim Vdochenko (4) fakes out the goalie (fallen) while pushing the ball up the field against Pathfinder. (Photo by Chris Putz)

THREE RIVERS – The Westfield Technical Academy boys’ soccer team scored early, but Pathfinder got even.
Pathfinder rallied from a 1-0 deficit to tie Westfield Tech Thursday.
Josh Bush put Westfield Tech out front early, taking a pass from Ruvim Vdovicheko and making a sliding score from just inside the box past a diving goalie in the opening minutes of the first half.
Pathfinder notched the equalizer with 10 minutes remaining in regulation.
Westfield Tech easily could have come away with a victory though. The Tigers failed to convert on more than a half dozen breakaways.
“(I am) very frustrated from that perspective,” Westfield Tech coach Kyle Dulude said, “but it could led to good conversation after the game. Everyone is motivated to work harder at practice.”

Bombers, Hurricanes knotted
Westfield 1, Amherst 1
Dante White scored in the sixth minute off a pass from Aiden Dunn. Amherst notched the game-tying goal early in the second half.
“They’re an excellent team,” Westfield coach Andrew Joseph said. It was very technical. They got us running around a little in the back, but we really grinded it out in the second half and did our best to lock it down.”
Ian Saltmarsh made 13 saves in net for Westfield, including some key stops in the second half to preserve the tie.