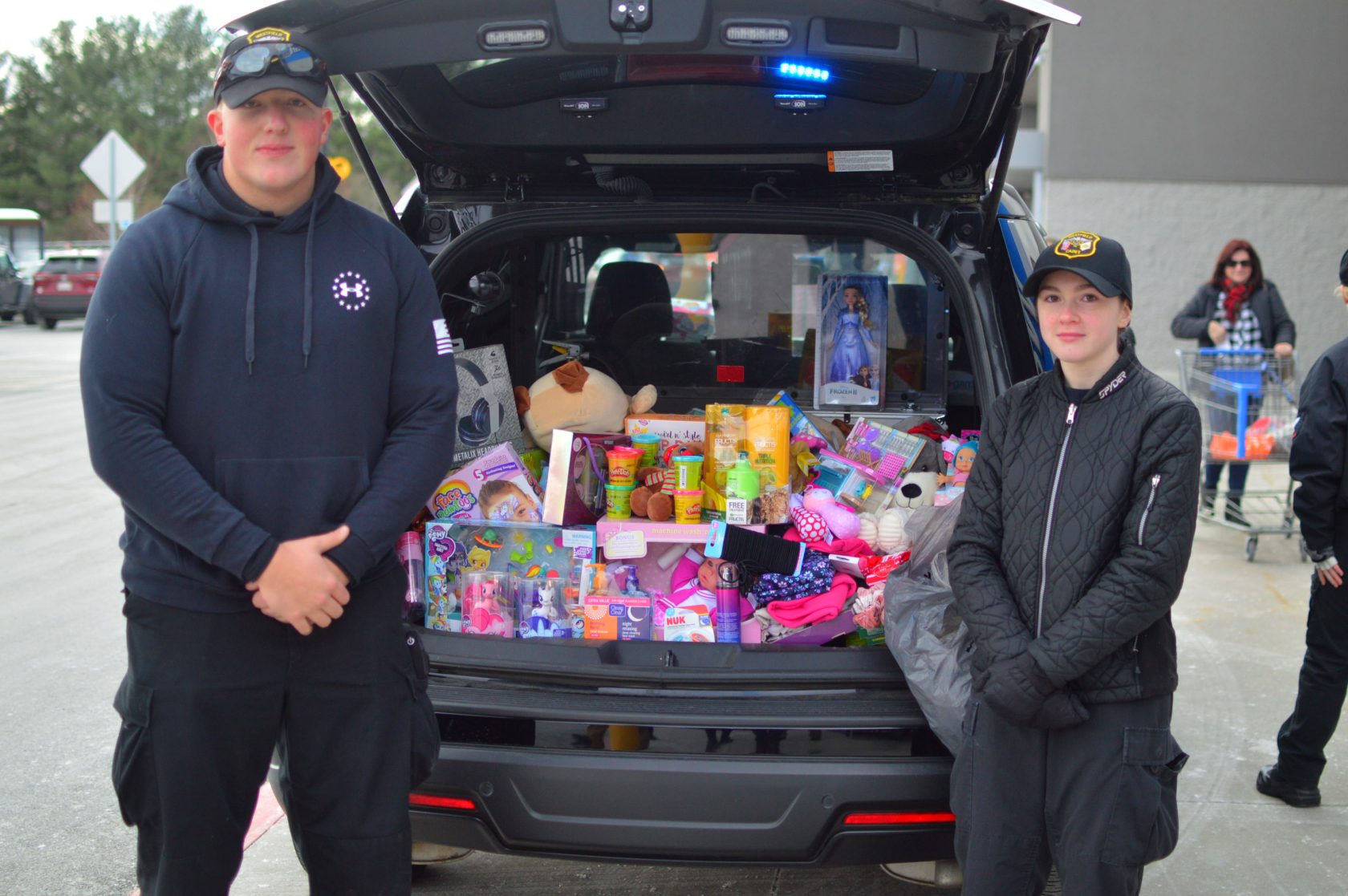 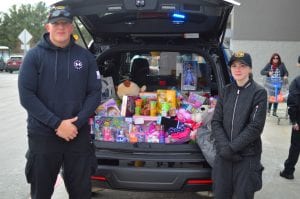 The drive benefits hundreds of Westfield Public School children Officer Chris Coach and Det. Rick Mazza, both advisors for the cadets started the drive in 2013. Coach said  he got the idea when his wife was the PTO President when they were trying to raise money to buy toys for kids in need.

Principals from each elementary and middle school in the city sent a list of children in their schools who are in need. The list gives only the age and gender of the child, but not their name.

By noon on Saturday during, multiple cruisers had already been filled to capacity with toys donated by people going in and out of the store. 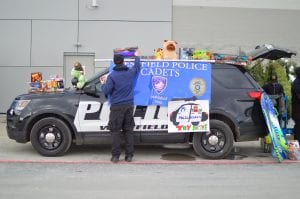 Multiple police cruisers had been filled with toys just a few hours into the drive. (Photo by Peter Currier)

Many people who donated went into Walmart and returned with toys to put in the cruisers.

Members of the Westfield Police Department were commended at the Dec. 9 Police Commission meeting for two other charitable drives they had undertaken over the previous month.

Chief Lawrence P. Valliere recognized his officers for a toy drive at the Dollar General store on Southampton Road. The Police Community Service Unit headed by Lt. Kevin Bard and Sgt. Michael Gibbons organized the drive with the intent of providing toys for kids in Westfield who are in need of some help during the holidays.

“The manager at the Dollar General contacted our unit. Their company wanted to put together a toy drive for our community,” said  Gibbons, noting “they wanted the toys to actually stay in the City of Westfield.”

On the Saturday after Thanksgiving, officers were at the Dollar General collecting toys for the drive. Gibbons said that they had collected six or seven contractor bags full of toys. He noted that they plan to hand out the toys this week.

More than two-dozen Westfield Police Officers participated in No-Shave November for a fundraiser for Shriners Hospital for Children in Springfield. (Photo submitted by Lawrence Valliere)

Valliere also recognized the charitable efforts of many of his officers who participated in their No-Shave November drive to raise money for Shriners Hospital for Children in Springfield. Each officer pledged at least $100 for the privilege of forgoing their typical grooming standards and growing out beards for the month. They raised $4,300 for the hospital, and a check will be presented at Shriners at 1 p.m. on Wednesday.