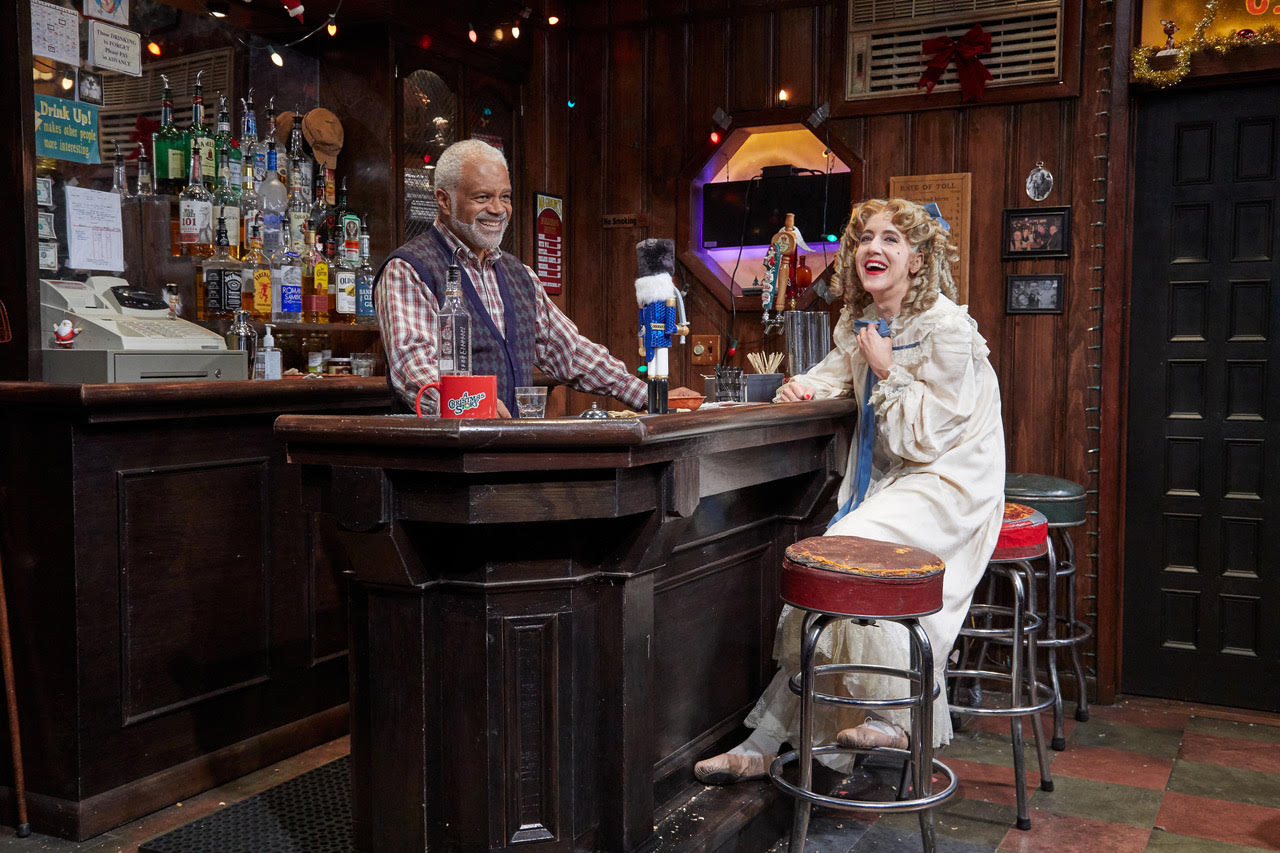 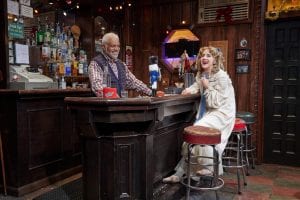 Ted Lange and Jenn Harris in Christmas on The Rocks at TheaterWorks. Photo by Lanny Nagler.

Christmas on The Rocks is back at TheaterWorks in Hartford through December 23, and it’s headed towards sell-out status. Artistic Director Rob Ruggiero created this hilarious, offbeat comedy in 2013, and this twisted tale of famous children in holiday films…Tiny Tim, Charlie Brown, Clara from The Nutcracker and more, show up as dysfunctional adults in an out of the way bar on Christmas Eve. Seven playwrights contributed the sketches, and Ruggiero directs this fast-paced, laugh-a-minute evening. New to the cast is Ted Lange from TV’s Love Boat. He’s great, and Jenn Harris and Randy Harrison shine. This is my fourth visit to Christmas on The Rocks, and I still found myself laughing over and over. I’m amazed by the comedic talents of Harris, Harrison and Lange, and some of the cleverist writing onstage. Despite the zany goings on, Christmas on The Rocks has sentiment and heart. That’s what makes it a must-see this and every upcoming holiday season. For details: www.twhartford.org. 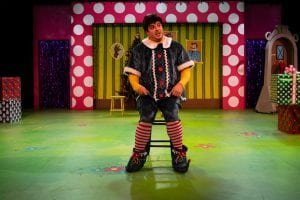 The Santaland Diaries, adapted from David Sedaris’ essay first aired on NPR in 1992,  and by the director Joe Mantello, is running at Playhouse on Park in West Hartford through December 21. Sedaris, the quirky humorist, author, comedian and public radio contributor, tells his very funny story, fictionalized, about an out-of-work actor, who takes a job as an elf at Macy’s during two Christmas seasons. POP’s co-founder, Sean Harris directs, and Sam Massaro stars as “Crumpet”, the elf in this one-man show. Harris’ staging is brisk, and Massaro shines in this 70 minute tour de force. This was my first time attending a show at West Hartford’s Playhouse on Park, and it’s a lovely intimate theatre space, with plenty of parking nearby, in the heart of the restaurant and shopping district. For details: www.playhouseonpark.org. PS. Incidentally, Sedaris will be doing a book tour this Spring, with stops at Northampton’s Academy of Music on April 8, and at The Bushnell on April 9.

Most area performing arts groups and venues offer gift cards in various denominations. It’s often a better gift than tickets for a particular show, because your recipient can choose a show and performance date.

Amtrak offers gift cards which can be used by Valley Flyer folks from Greenfield, Northampton, Holyoke, Springfield, and points south to Broadway. https://www.amtrak.com/giftcards MetroNorth has them too. https://www.giftly.com/gift-card/metro-north-new-haven

If you’re looking to see what discounts are currently available on Broadway, BroadwayBox keeps a list, and you can purchase on their site. However, these tickets are non-refundable and non-exchangable. https://www.broadwaybox.com/

The Complete History of Comedy (abridged), The Reduced Shakespeare Company’s comedy, written and directed by Reed Martin and Austin Tichenor, has been added to Hartford Stage’s season. Performances will run June 11-21. For details: www.hartfordstage.org.

London Theatre Trip: Back in the day, when StageWest was still open, a group put together an annual London theatre tour. The theatre’s long gone, but the annual London trip continues March 13-22, coordinated by London Arts Discovery. It’s more than theatre, since there’s some opera and orchesrtral programs included and a side trip to Stratford on Avon to the home of Shakespeare and a Picasso exhibition. For details: 413-537-5029 or [email protected] 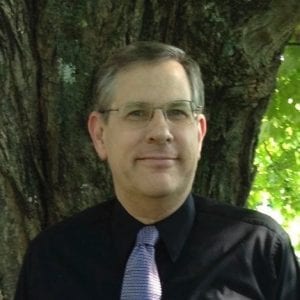 ArtsBeat is also now on radio and television! Tune in or stream every Friday at 8AM, on 89.5fm/WSKB or WCPC15 .Upcoming guests include two specials from Hartford Stage: members of A Christmas Carol company this Friday, and new Artistic Director Melia Bensussen and Managing Director Cynthia Rider on December 20.. Tune in or stream: www.wskb.org or www.westfieldtv.org.

Anyone Can Whistle, The Stephen Sondheim cult classic, gets a rare revival, December 12-15 at University of Hartford’s Handel Performing Arts Center. The Hartt School production is staged by John Pike, formerly of Goodspeed, who has music directed some of Connecticut Repertory Theatre’s recent shows. Anyone Can Whistle, which had a book by Arthur Laurents, and Angela Lansbury as its star, ran for nine performances in 1964. It’s the story of a corrupt town that needs a miracle to survive…so they create one. Tickets are free, but they must be reserved in advance. For details: 860-768-4228.

Selected Shorts for the Holidays comes to the Mahaiwe in Great Barrington on December 15. The popular public radio show, which airs on 150 public radio stations in 29 states, will feature holiday stories filled with love, laughter, and nostalgia. Written by Thomas Beller, Italo Calvino, John Cheever, and Molly Giles. The stories will be performed by Teagle F. Bougere, Jane Curtin, James Naughton, and Parker Posey. For details: www.mahaiwe.org. 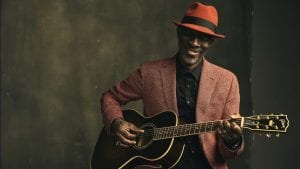 Keb’ Mo’ is celebrating his 25th Anniversary year of performing under the moniker with the release of two albums, Oklahoma and his first ever holiday album Moonlight, Mistletoe, And You. His holiday tour, Jingle Bell Jamboree, comes to Northampton’s Academy of Music Theatre on December 17. For details: www.aomtheatre.com.

Shakespeare & Company  presents a costumed reading of Sense and Sensibility, written by Kate Hamill based on the novel by Jane Austen, December 14-15 on their Lenox campus. The reading is directed and staged by Ariel Bock. For details: www.shakespearwe.org. 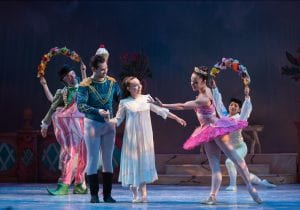 The Nutcracker at Pioneer Valley Ballet.

The Nutcracker gets to Northampton’s Academy of Music Theatre on December 13-15, courtesy of Pioneer Valley Ballet. This is their 41st annual production, includes over 250 dancers from towns throughout WMass, dancing alongside PVB’s pre-professional students and guest artists from the Carolina Ballet and Festival Ballet. For details: https://www.aomtheatre.com/