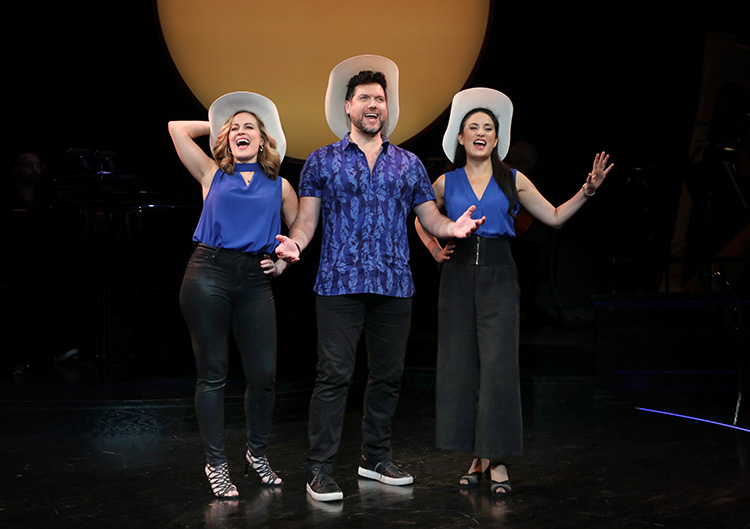 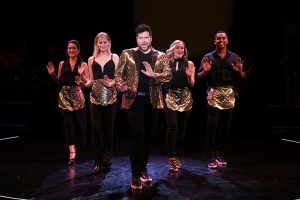 EAST HADDAM, Conn. — Goodspeed finally reopened its indoor season with a Rodgers and Hammerstein revue, “A Grand Night for Singing.”

The opera house on the Connecticut River went dark in early 2020, as a production of Rodgers and Hammerstein’s “South Pacific,” already cast and designed and ready to roll with Rob Ruggiero’s staging, ground to a halt. So Ruggiero, TheaterWorks’ artistic director, who has staged some of Goodspeed’s finest productions, is back with music of the classic duo, whose works include “South Pacific,” “Carousel,” “The King and I,” “The Sound of Music” and more. Many of the hits from these shows are a part of “A Grand Night for Singing.”

I should backtrack and say that Goodspeed produced some extraordinary work during the pandemic, next door to its opera house in a makeshift tent. Rashidra Scott channeling Pearl Bailey and Laiona Michelle’s tribute to Nina Simone were musical blockbusters.

“A Grand Night for Singing” opened on Broadway in 1993, where it was nominated for two Tony Awards. Walter Bobbie strung together some Rodgers and Hammerstein standards, some songs from less well-known shows like “Me and Juliet,” “State Fair” and “Pipe Dream,” and other musicals from their canon like “Flower Drum Song.” What makes it stand out as a revue is its collection of standards given a new twist, lesser-known songs introduced for the first time, and all of the treasure trove of melodies presented against a backdrop of swing, soul, and non-traditional settings. 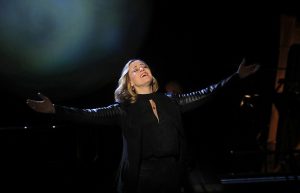 Mamie Parris in “A Grand Night for Singing.” (SUBMITTED PHOTO BY DIANE SOBOLEWSKI)

A quintet of singers and dancers, Jasmine Forsberg, Mauricio Martinez, Jesse Nager, Mamie Parris and Diane Phelan, were a delight. Each had his or her own spotlight number, and I loved Jesse Nager’s take on “Love, Look Away” from “Flower Drum Song”; Mamie Pasrris’ show-stopping rendition of “This Nearly Was Mine” from “South Pacific”; and Jasmine Forsberg’s “It’s Me,” backed up by Mauricio Martinez and Jesse Nager, from the relatively unknown “Me and Juliet.” 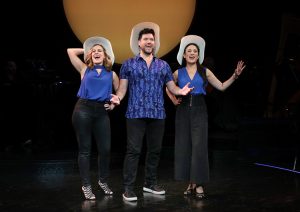 I really missed seeing shows in Goodspeed’s intimate jewel box of a theater, and standing on the balcony overlooking the swing bridge and the Connecticut River. It was, indeed, a grand night for singing.

Mark G. Auerbach studied theater at American University and the Yale School of Drama. He has worked for arts organizations nationwide, and reported on the arts for print and broadcast. Mark produces and hosts ArtsBeat, Athenaeum Spotlight and On The Mark for WCPC15 and WSKB-FM 89.5. He’s a regular contributor to Pioneer Valley Radio and a member of the Berkshire Theatre Critics Association.