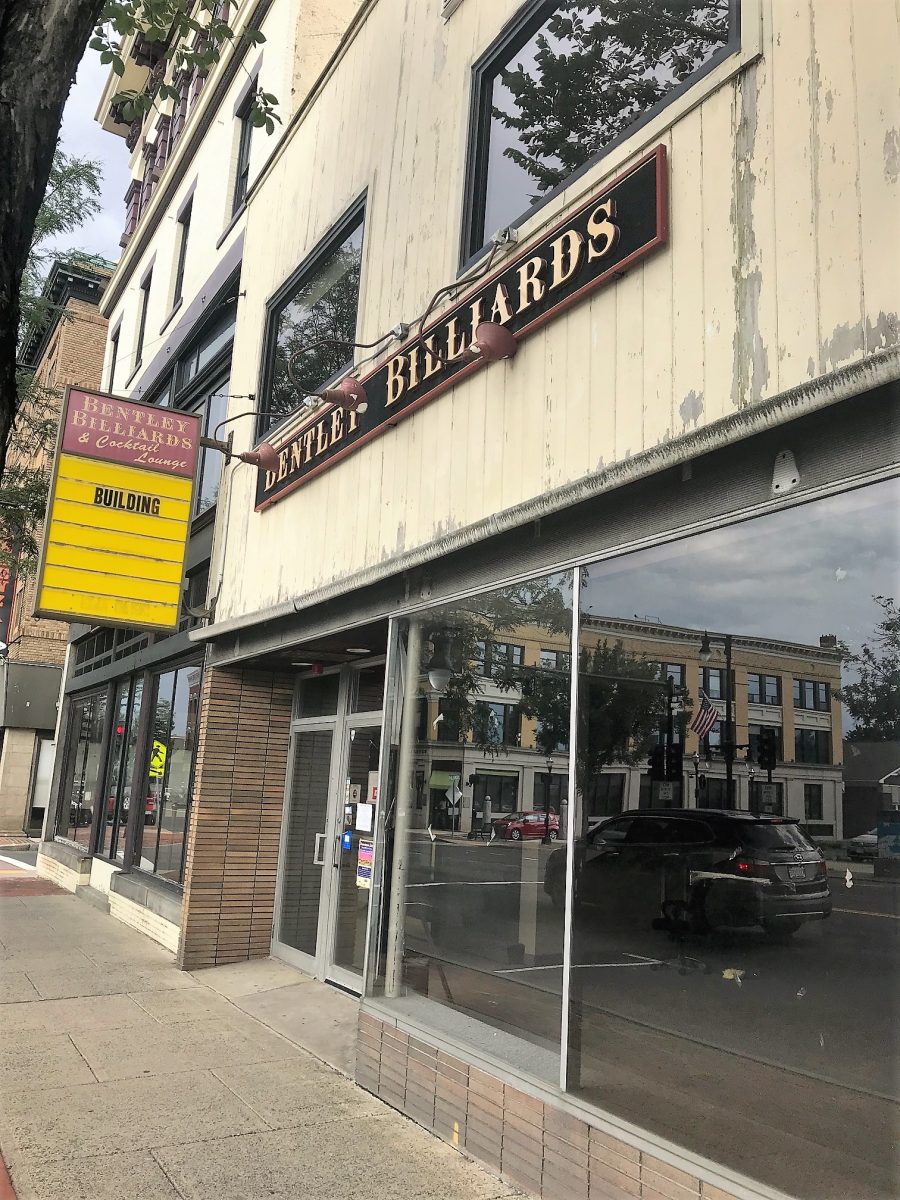 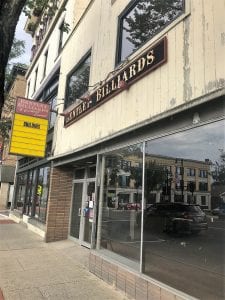 The property at 89 Elm St., which was most recently Bentley Billiards and was previously Lambson Furniture, was sold July 15, 2019 to Eugene Borowski Jr. (HOPE E. TREMBLAY/THE WESTFIELD NEWS)

WESTFIELD- The Community Preservation Committee voted July 8 to use $100,000 to help continue the preservation of the east and south sides of the former Lambson Furniture and Bentley Billiards building.

Beyond Builders owner Gene Borowski Jr., who is part of the group of investors who bought the building, attended the meeting to explain why the funds were needed. Borowski and his investment group had been granted $250,000 in Community Preservation Act funds in December, 2019 to renovate the building’s exterior and provide heating inside.

Borowski said that the pandemic and the resulting spikes in construction costs complicated some of the work that he intended to do on the building, though some of the materials had been purchased before the pandemic.

One of the projects Borowski said they need the funding for is to get into the basement to excavate it and to get to the water elevator and make sure it works.

Richard Salois, the Planning Board representative to the CPC said that he wouldn’t want the city to “lose the historic significance of the elevator to a place like Boston.”

“I think you could use it here to be displayed someplace. I don’t know where. I think there are some advantages to being able to save the elevator,” said Salois, “I think if there are some costs to that, I think we should look at it hard, because it is historically significant for some of these older pieces of equipment.”

Borowski said that the current elevator eventually needs to be taken out of the shaft to put in a new elevator, as the historic elevator has equipment that is now banned in Massachusetts.

CPC Chair Tom Sharp said he didn’t want to include the elevator funding, so Borowski agreed to keep those funds out. Sharp said that the Lambson building projects have been using a significant portion of Community Preservation funds.

Borowski said that the state government has been requiring that all four sides of the buildings be included in the restricted deed for the building, which the City of Westfield is partially named on.

He also said that if the CPC even approves $100,000 for just the east and south sides of the building, the remainder of the required funds could be sought from the state. He said his goal is to get the building on the National Register of Historic Places.

Salois noted that there are some “complimentary design elements” that would have to be maintained on the building to continue to be considered consistent with the rest of the building after the restorations are complete.

Borowski said that there had been some damage to the building over time, especially on the side of the building closest to Thomas Street due to road salt.

He said that they had to replace 300 to 400 bricks on the Thomas Street side as a result.

Sharp said that he was ready to grant the $100,000 during the meeting. City Planner Jay Vinskey said that an appropriations vote for the funds would not take place in city council until September. Borowski said that all he needed during this meeting was a commitment, and he would go forward with those parts of the projects as planned.

The motion was passed with a single “No” vote from Joe Muto.

Vinskey said that the CPC would have to use the remaining $35,000 in the historic account and take $65,000 from their undesignated funds account to fully fund the $100,000 Borowski asked for.