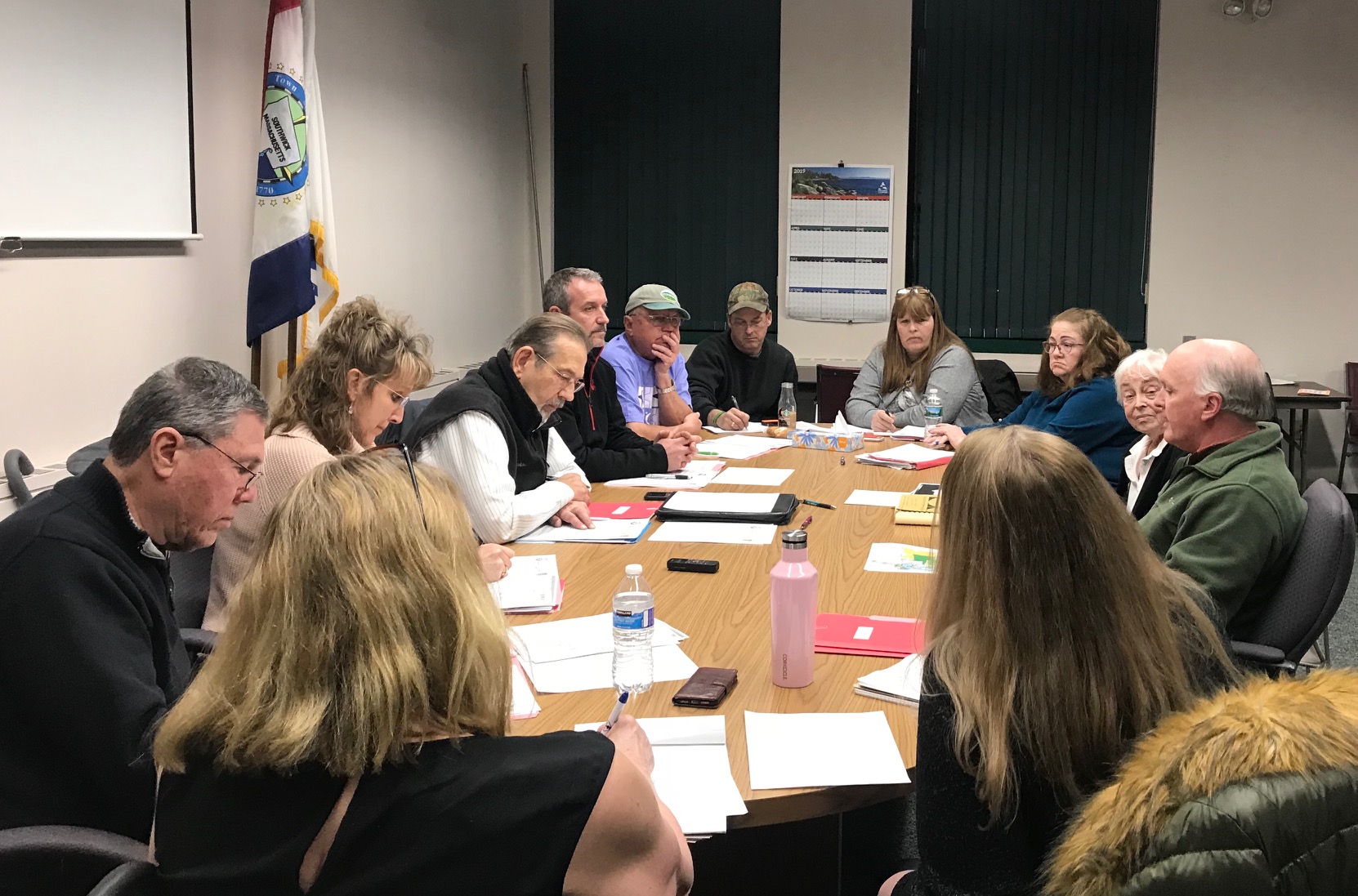 SOUTHWICK – The Community Preservation Committee’s (CPC) vote to allocate an additional $500,000 to help save North Pond did not pass on Thursday night.

Needing a majority vote, four members voted in favor of giving the funding while four other members were opposed to the request.

A large crowd came out to the land use room at the Southwick Town Hall on Thursday night for the vote on North Pond. (Photo by Greg Fitzpatrick)

If the vote went in favor of the request, it would have allowed the CPC to bring the $500,000 of funding to a special town meeting and allow the voting residents to decide whether or not to approve the funding. At an annual town meeting in the spring of 2017, town residents voted in favor of accepting $1 million out of the CPC account to go towards preserving North Pond.

Rich Hubbard, the Executive Director of the Franklin Land Trust, met with the CPC on Thursday night and made his case for the committee to vote in favor of allocating the additional $500,000. Hubbard informed the CPC that if they didn’t vote for the $500,000, the opportunity of preserving the North Pond land would be very much in jeopardy.

Currently, about $3.35 million has been raised of the $5 million in total that it would take to preserve the land. If the additional $500,000 town contribution had been approved, the Franklin Land Trust would then go back to the state and see if they too would chip in additional funds to get them closer to $5 million, which was what the property was last appraised for.

There were a number of North Pond supporters in attendance on Thursday not pleased with the outcome.

“I’m just disgusted with the CPC board,” said Bob Wichroski. 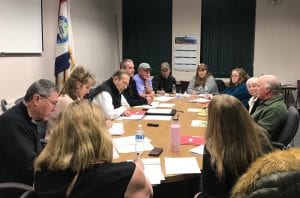 The CPC’s vote was not in favor of the Franklin Land Trust’s request for an additional $500,000. (Photo by Greg Fitzpatrick)

“I think the current board is doing an injustice to the town,” said Clark.

Dick Grannells, Chairman of the Lake Management Committee, addressed the CPC about his concerns of the negative implications that may occur by not preserving the land. If the land happens to be developed, Grannells said that people’s water, wells, and storm water could all be affected.

Deb Herath, who’s a member of the local group, Citizens Restoring Congamond, is planning on working with other North Pond supporters to challenge the CPC’s vote.

“We’re going to be talking to the Select Board,” said Herath.

Despite that, Hubbard told the CPC that he felt that if they voted in favor of the $500,000, he could go back to LeClair-Robbins and have a further conversation with her to see if she’d accept a lower offer.

With the vote not passing and the fundraising stuck at $3.35 million, it’s unsure what could happen if the North Pond property isn’t preserved. According to Hubbard, although the Franklin Land Trust was able to convince LeClair-Robbins to extend the deadline to June 30, 2019, the state’s deadline to raise the $5 million is March 1.