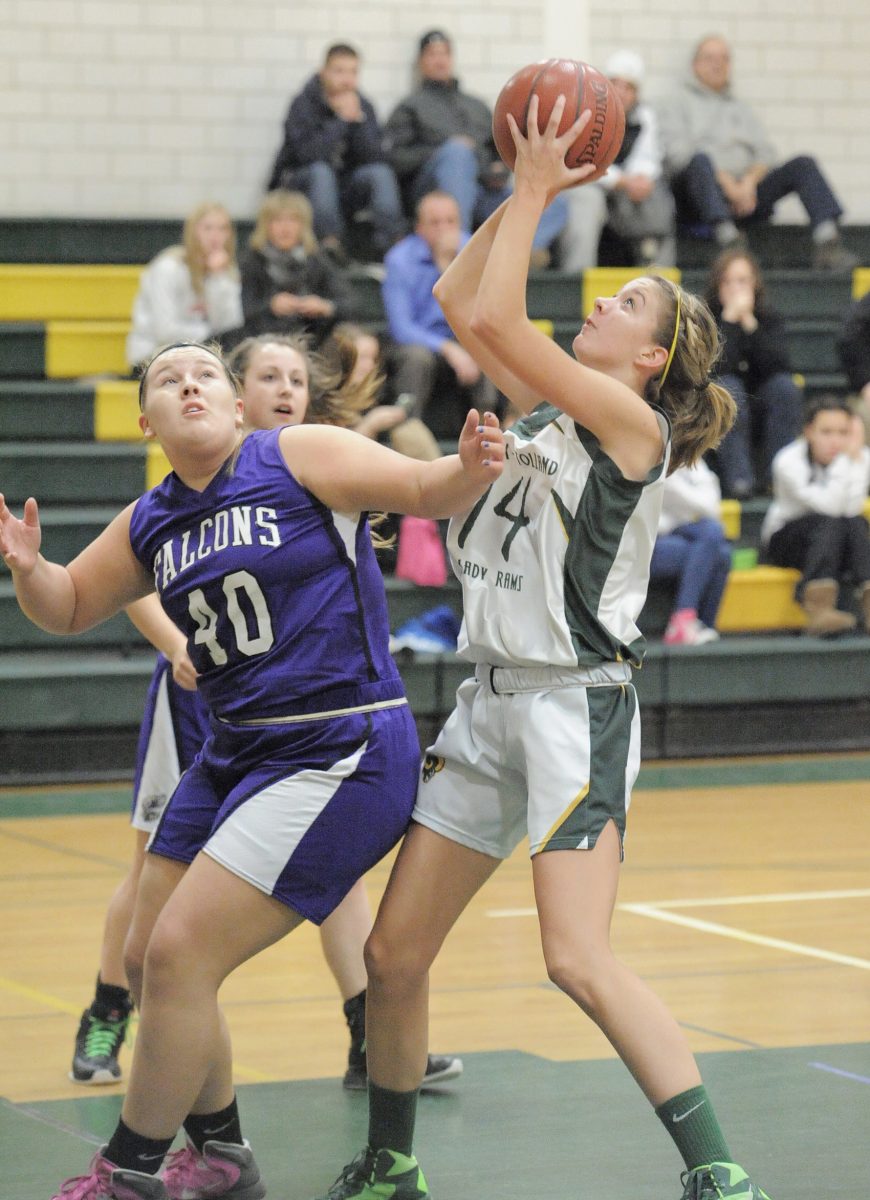 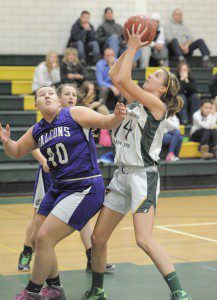 Southwick forward Morgan Harriman, right, goes up for a shot against Smith Academy in a 2013-14 regular season contest. Harriman led the way in this season’s game Tuesday night in Hatfield. (Photo by Frederick Gore)

HATFIELD – It may be the holidays, but the Southwick-Tolland Regional girls’ basketball team proved it could get by without some good old-fashioned home cooking.
Southwick cooked up a big road victory, doubling up Smith Academy 62-31 Tuesday night in Hatfield. Four Rams scored in double-digits.
Morgan Harriman led Southwick with 15 points. Jackie Maziarz finished with 12, and Ashley Shea had 11.
“We shot the ball extremely well,” Southwick assistant coach Rick Harriman said.
Southwick shot well from beyond the arc, knocking down 10 of 17 three-pointers. The Rams outscored Smith 36-10 in the second half to pull away.
“We were able to run away from them in the second half,” coach Harriman explained. “I think our conditioning and our pace of play helped separate us.” 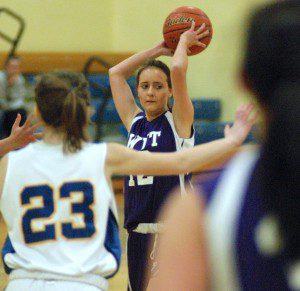 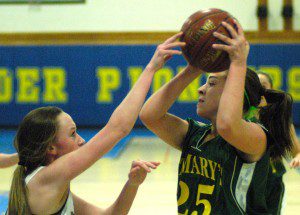