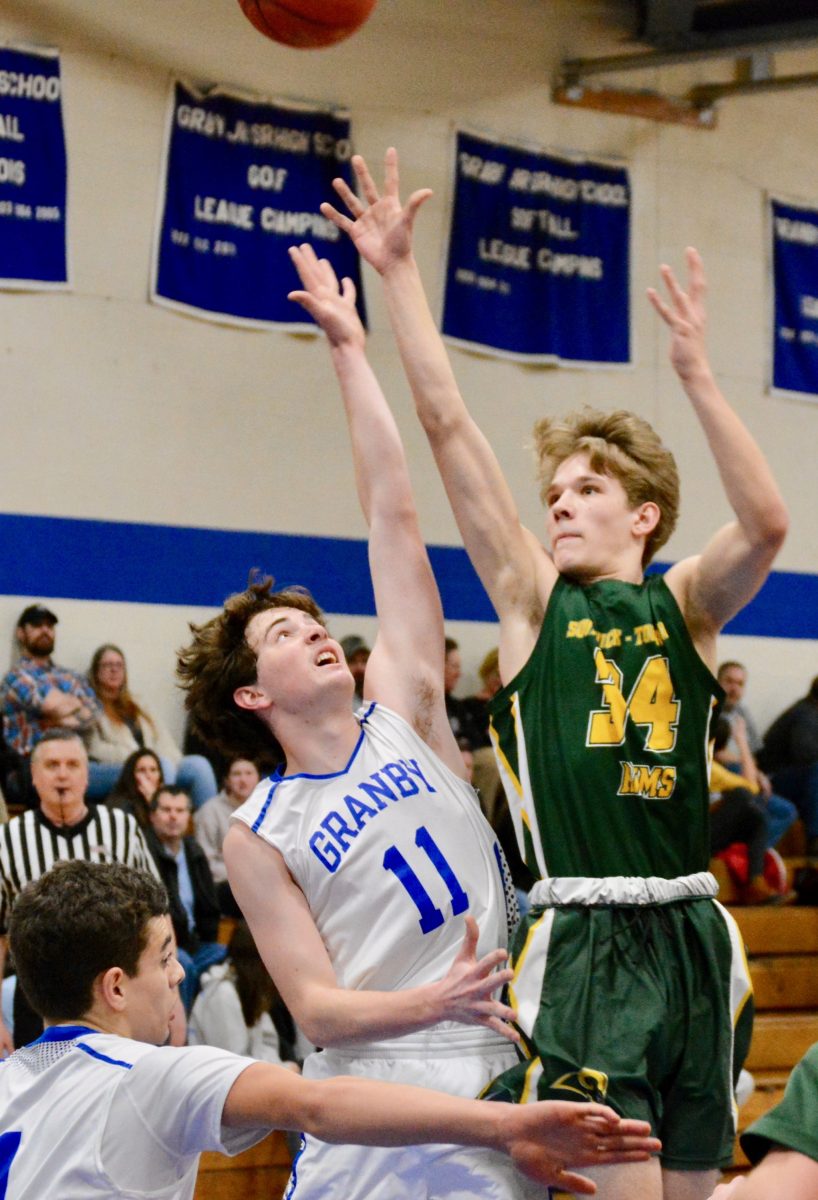 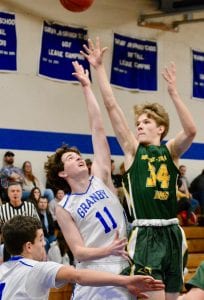 GRANBY – This was one game where the Rams were guaranteed a victory.
Unfortunately for Southwick, the Granby Rams held on for a narrow 43-41 win in a high school boys basketball game Tuesday night.
Southwick missed a game-tying shot late in regulation and was forced to foul with 16 seconds on the clock. Granby converted both free throws to extend its lead to four. Southwick scored with two seconds remaining, and then quickly fouled after the opposition’s inbounds pass with only a fraction of a second left in the game. Time ran out.
It was a disappointing outcome for Southwick, which held Granby to just two points through the game’s first five-plus minutes.
“The problem is we held them to just eight points (in the first quarter), but only scored 10,” Southwick coach Peter Fiorentino said.
Connor Roy and Devin Parrow led Southwick with 16 and 14 points, respectively. Granby’s Nate Breault scored a team-high 16.
Although they have been mired in a slump of sorts, Southwick is still alive for the postseason. The Rams must win three of their last four games.
“It’s still very possible,” said coach Fiorentino, whose team travels to Ludlow to take on the Lions Wednesday night. Tip-off is at 7.

Gators snap 34-game losing streak
Gateway 49, Pathfinder 47
Eighth grader Jaden Santiago-Lopez and Evan Cortis each recorded double-doubles to help Gateway (1-14) end a 34-game losing streak in dramatic fashion.
Gateway led by six with a minute remaining before Pathfinder stormed back to pull within one basket. The Gators held strong.
“It’s good to get the monkey off the back,” Gateway coach Kevin McVeigh said. “These kids have worked real hard the last two years. It’s good to see the efforts finally paying off. I knew at some point we would turn that corner. This is a fun group. I’m happy for them that they’ve broken that streak.”
Lopez put together a superb all-around effort, scoring 25 points, grabbing 13 rebounds, and adding five steals. Cortis finished with 12 points and 18 rebounds.
“They deserve it,” coach McVeigh said of his players. “They’ve been working hard, playing well lately. It’s the first time we put four quarters together.”