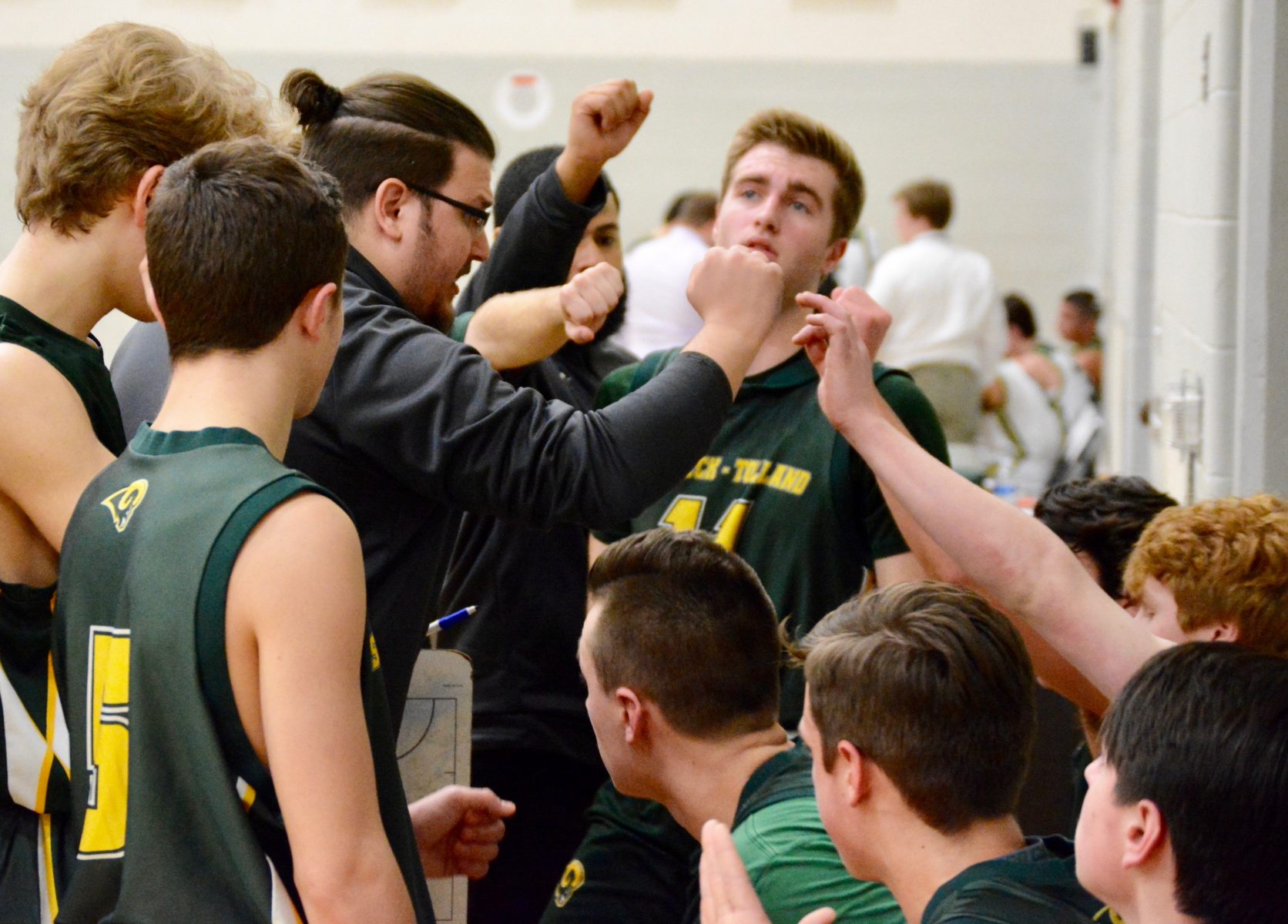 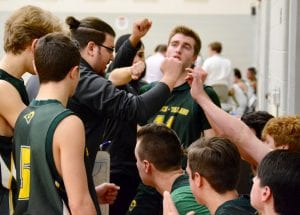 The Southwick Rams halted a three-game losing streak Monday with an emphatic blowout victory over Renaissance.

SPRINGFIELD – Phew!
The Southwick High School boys basketball team can breathe a sigh of relief, following their latest result. The Rams halted a three-game losing streak with an emphatic 60-42 blowout win over Renaissance Monday night.
“It was refreshing to chill for a second and get some guys some playing minutes,” Southwick High boys basketball head coach Peter Fiorentino said.
It was a coaching move that provided a much-needed spark.
Coach Fiorentino shook up the starting lineup, giving senior Jared O’Connor his first career start. The move paid off as O’Connor, a three-year player, provided solid minutes, delivering key buckets and strong defense.
“He was … one of our bright spots today,” coach Fiorentino said.
Southwick’s Devin Parrow scored a game-high 16 points. Josh Lis contributed 12 points for the Rams, and Cade Billings had 10.
Daezhon Eddy led Renaissance with 14.
Southwick (5-5, 2-2) took control from the outset, putting together an 11-point halftime lead. Renaissance went on a mini-run early in the second half to pull within seven, but Southwick wrested control back midway through the third quarter and never let up.
“We responded like we haven’t done all year, which was really encouraging,” coach Fiorentino said. “It’s a big confidence boost to get get back on the right track.”
The going does not get any easier for Southwick. After a home game against Easthampton Thursday, the Rams face a stretch where they then play three of their next four on the road against Hampshire (Jan. 22), Wahconah (Jan. 28), and Ludlow (Jan. 29).

Cortis, Top, top scorers
Smith Voke 53, Gateway 33
Gateway’s Evan Cortis and Smith Voke’s Tyler Top scored 19 points to lead their respective teams. Top made five 3-pointers. Cortis also had 21 rebounds.
“We played well enough to win,” said Gateway coach Kevin McVeigh, who admitted that if his team had converted their missed free throws – the Rams were 13-of-31 from the foul line – and a few layups would have made the score much closer.

Pioneers chase Saints
Pathfinder 69, St. Mary’s 40
Brady Collins and Jack Lambert finished with 13 and 12, respectively, for St. Mary’s
“We just ran into a team tonight that had a lot of size,” St. Mary’s coach Joe Molta said. “They sort of hurt us inside and had some kids that could shoot it. … They shot the ball really well.”