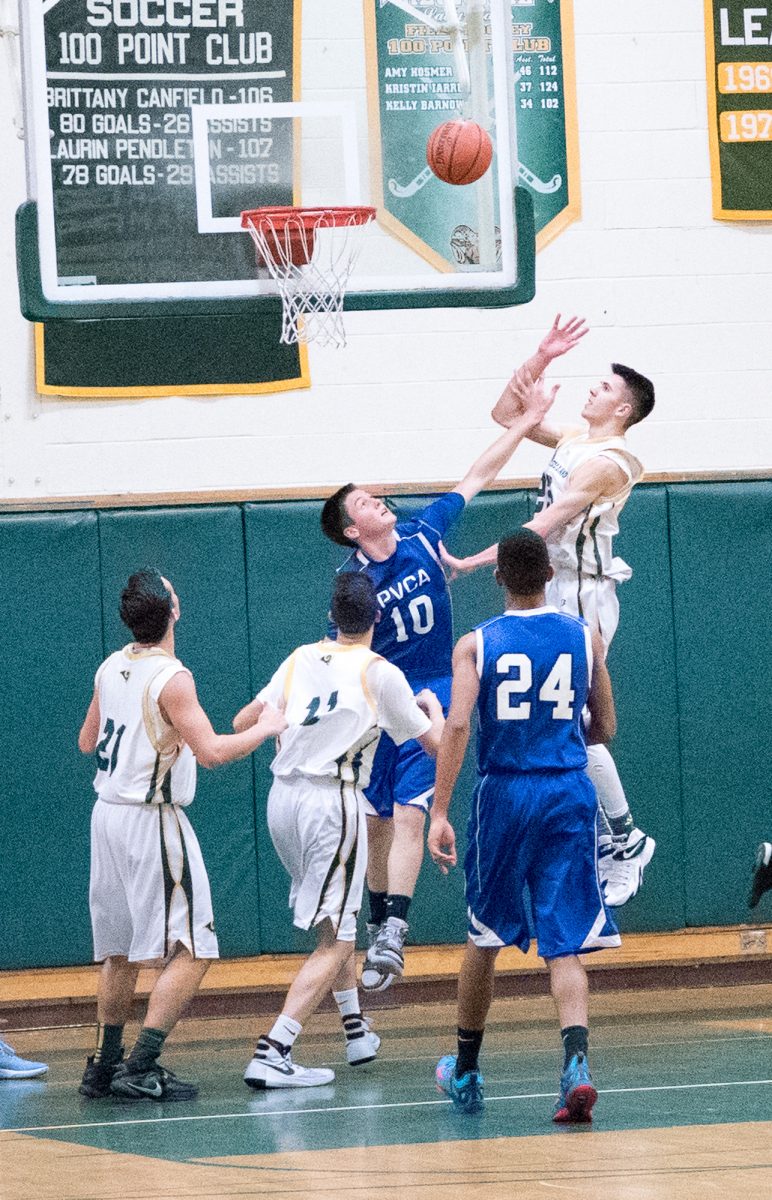 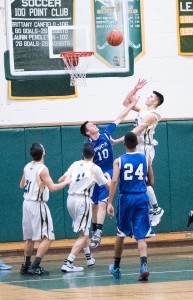 SOUTHWICK – The Southwick High boys’ basketball team cooked up its second straight win at home to begin the 2015-16 regular season Wednesday.
Southwick (2-0) stumbled out of the opening tip-off, but gained control of the contest with a 20-3 second-quarter run against visiting Pioneer Valley Christian en route to a 56-34 victory Wednesday night.
It was the Rams’ second win in three nights.
“I’m definitely pleased with our defensive effort,” said Southwick coach Dylan Dubuc, whose team has limited its opponents to an average of just 34.5 points through two games. “That gives us a chance to definitely win games.”
Southwick opened the season with a 66-35 win over Athol Monday night. In that game, the Rams converted 10 three-pointers. Hunter Iglesias made five, and Matt Daley had three.
On Wednesday, Daley made five 3’s, finishing with 15 points. Hunter Iglesias and Ryan LeClair each finished with 10 points for Southwick.
“We’re shooting the ball well from deep,” coach Dubuc said.
The Rams’ head coach said his team is playing with more energy and passion this season, leading to the fast start.
“Our players are much closer as a team,” he said. “That should help us in the long run.”
Dubuc was also impressed with the effort of Bailey Emerson, who scored six points and hauled down six rebounds against Pioneer Valley Christian.
“He brought a little spark off the bench,” the Rams’ coach said. “I was pleased with that.”