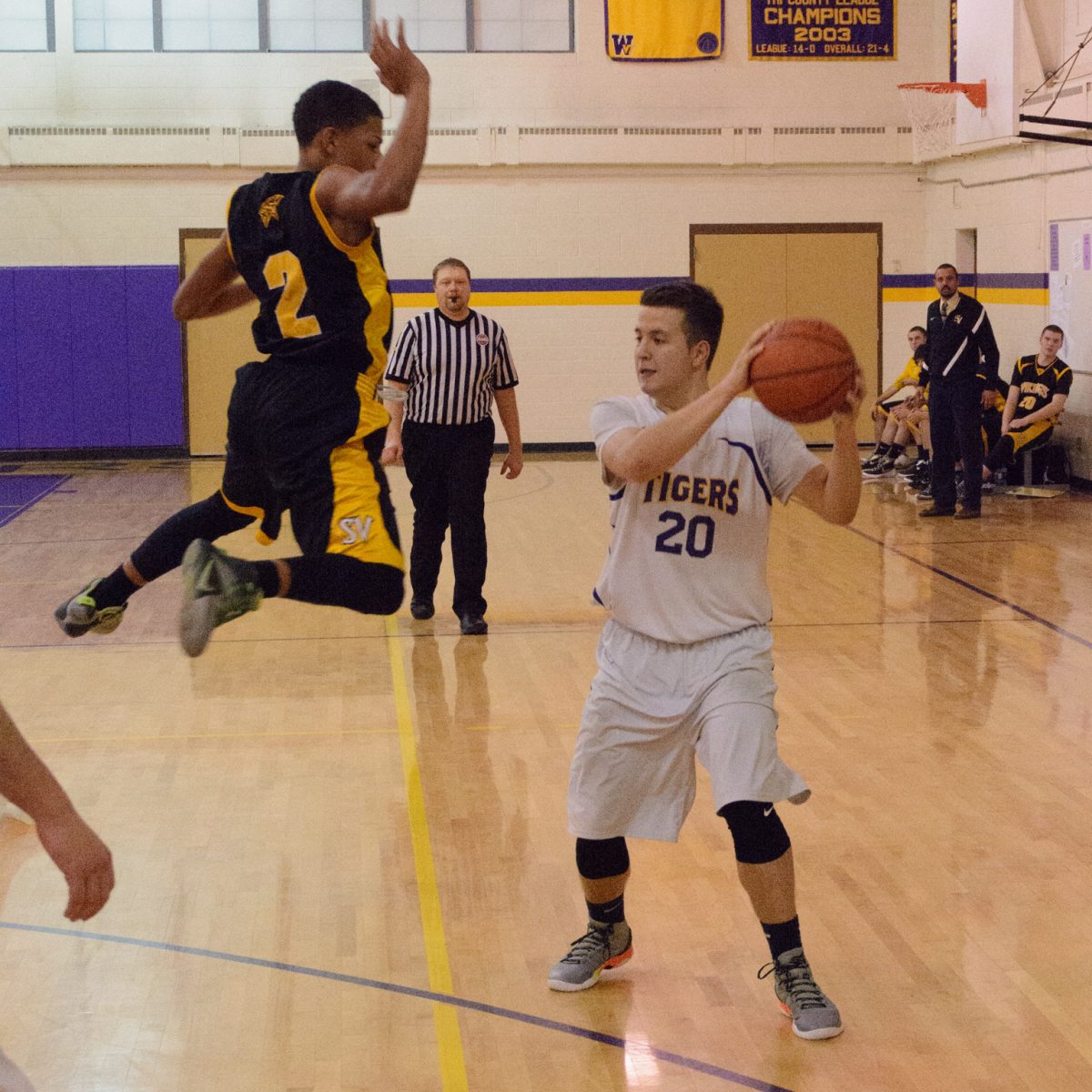 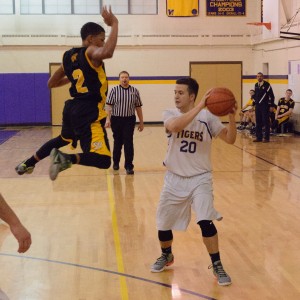 WESTFIELD – In about a 24-hour span, Westfield Tech experienced both ends of the emotional spectrum. The Tigers, who defeated Gateway on a last-second thriller Tuesday in the Box Out Cancer Challenge, fell to Smith Voke Wednesday night.
Smith won 54-48 to improve its two-day Challenge record to 2-0.
“We did just not play well from beginning to end,” Westfield Tech coach Kyle Dulude said of the loss. “We need to turn the page and work hard at practice.”
Westfield Tech’s Tim Shevchenko led all scorers with 20 points. Despite being lit up by Shevchenko, Smith Voke finished with a much better team shooting percentage. The Vikings nearly doubled up the Tigers in that category.
Westfield Tech actually led the game by a point with about three minutes remaining before Smith pressed the Tigers into some costly turnovers.
There was a heartfelt moment in between games when Kathy Collins was recognized for her successful battle with cancer. Former Westfield Tech coach John Wiley, who passed away from the disease in 2008 was also recognized. Wiley directed the Tigers to one of its best seasons in school history, leading them to a Tri-County League championship (2003) and one of Western Massachusetts’ biggest upsets in Division 3 tournament history.