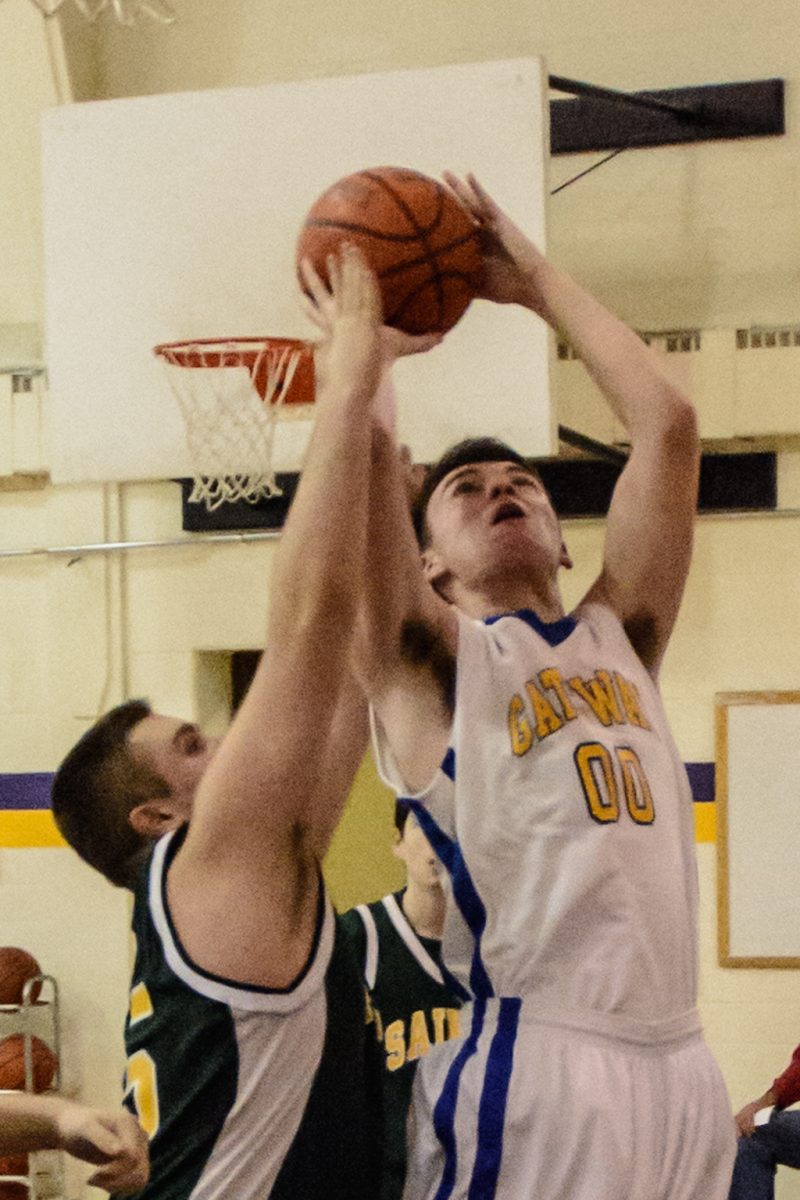 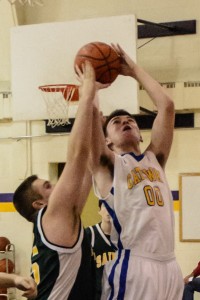 Gateway”s Shane Mastello goes up strong against St. Mary in the final game of the Box Out Cancer Challenge Wednesday night. (Photo by Marc St. Onge)

WESTFIELD – Three players reached double-digits in the scoring column Wednesday night to halt the Gateway boys” basketball team”s three-game slide. The Gators spread the wealth offensively to defeat St. Mary 57-30 in the final game of the Box Out Cancer Challenge.
Gateway’s Brad Moreau scored a game-high 14 points. Shane Mastello and Pete Kowal finished with 13 and 11 points, respectively, for the Gators.
Gateway had a lead of six points at the end of the first quarter, and led by eight at the half before St. Mary cut its deficit to three early in the third. The Gators exploded for 19 points in the third quarter to run away with it.
“It was a good game by both sides,” Gateway coach Mike O’Connell said.
Drew Collins and Andrew Ilnicky each scored 11 points for St. Mary. 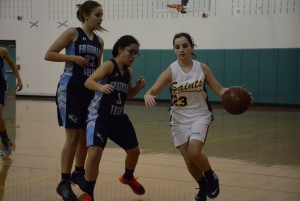