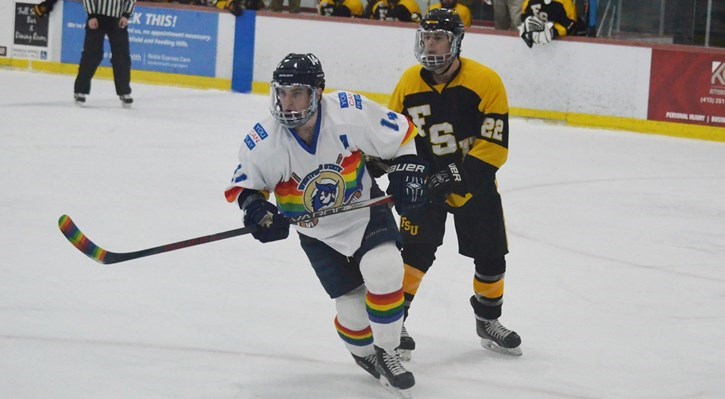 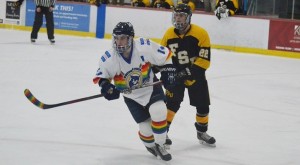 It was tied, 1-1, after goals by Westfield’s Gerard Colpoys (Scituate, Mass.) 6:12 into the first and Framingham State’s John Sheehan about a minute later.
With the game tied 3-3 entering the third period, when Jeremy Young (Lynnfield, Mass.) finished a rebound from Cody Campbell-Rich (Bellingham, WA) at 12:17 to give the Owls a 4-3 lead. The Rams then went on to tie the game after a rebound of their own finished by Zachary D’Errico.
Two late penalty calls on Westfield would force the Owls to start overtime play down two men. This two-man advantage allowed Framingham’s John Sheehan to cash in 55 seconds later to win the game. The goal was assisted by Vaughn Guetens.
The Owls had 31 shots on goal compared to Framingham’s 29.
Westfield’s freshman goalkeeper Kameron Limburg (Howell, Mich.) made 24 saves for the Owls while Framingham’s freshman goalkeeper Greg Harney made 27 in net.
Westfield State is now to 8-9 on the season and 4-7 in the MASCAC.
Framingham State improves to 2-14 on the season and 1-9 in conference play.
The Owls will travel to New England College on January 24th for a non-conference game at 7:00 p.m.
The Rams will host Salem State in a conference game on January 26th at 7:30 p.m. – Courtesy of Westfield State University Sports