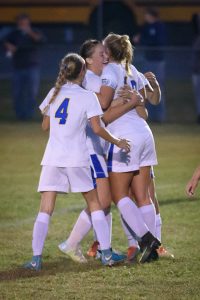 HUNTINGTON – One local soccer player made a point to have fans remember Saturday, October 14, 2017 for a very long time.
Gateway senior forward Jessica Van Heynigen became the school’s all-time leading girls soccer player with a record-breaking 105th point to lead the Gators to a thrilling 1-0 win over visiting Easthampton Saturday.
The point not only ensured Van Heynigen of the top spot atop the list of 100-point scorers among the school’s girls soccer players, but also secured a tournament berth for the Gators. 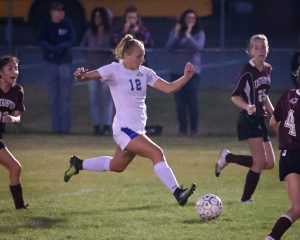 Jessica Van Heynigen soars onto the top of the school’s all-time points list with a goal against visiting Easthampton Saturday. (Photo by Marc St. Onge)

“It’s like really special,” Van Heynigen said. “I mean that because people can score 100 points in soccer … but there’s only one person who can set the record for their high school. …I own that record.”
Van Heynigen took a pass from Ava Auclair in the middle of the field and floated the game-winner into the back of the net from about 40 yards out in the 20th minute.
“Ava kicked it and I just faked the girl out and I just hit it lefty,” Van Heynigen said. “Usually my lefties it’s a 50/50 – it could go out of bounds – but I knew it was in. I heard someone in the crowd say ‘that’s it’ and I saw it sail right into the net and I was like ‘I did it. I broke the record. And it was like wooooh.” 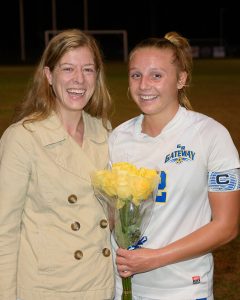 Feeding off the energy of the moment, Gateway continued to attack the Easthampton goal.
Van Heynigen had a mini breakaway broken up by the Easthampton goalie early in the second half. The school’s newly-crowned, all-time leading scorer peppered the keeper with several shots late, including a shot that ricocheted off a defender’s legs into the arms of the goalie, a header that was turned away, and a bullet that she threaded through a seam in the defense and was also saved.
Thirty-three-year-old Jess Rida, who set the record in 2002, was also on hand to celebrate Van Heynigen’s accomplishment.
“I was shaking with just as much excitement as that day as I was for her today,” Rida said. “I feel like I was back then. I feel like I just relived it. I’m just excited for her.” 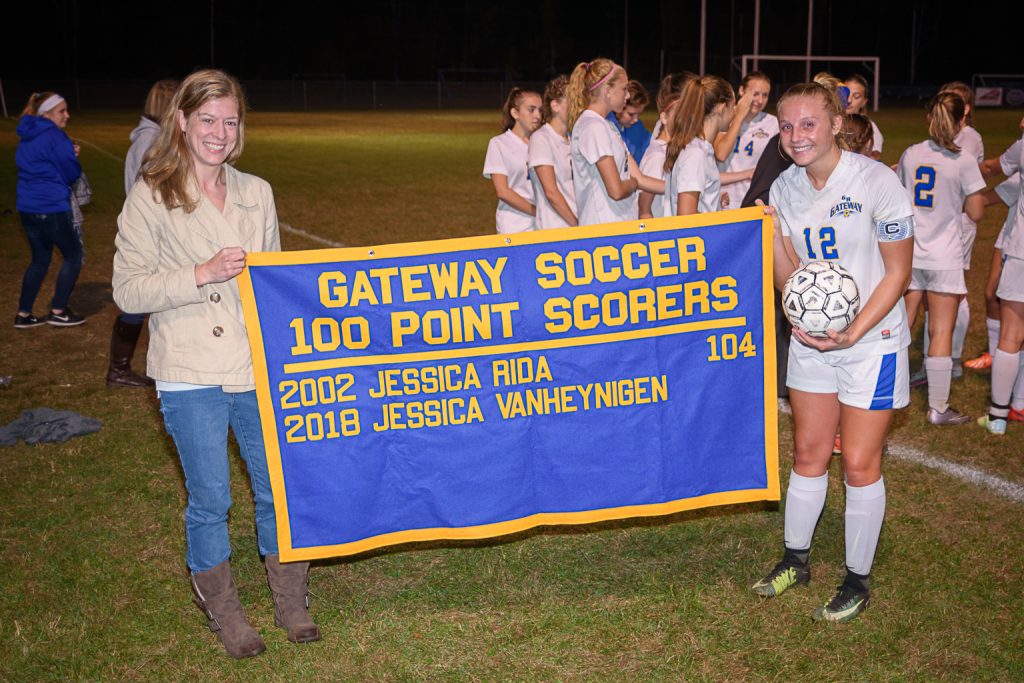 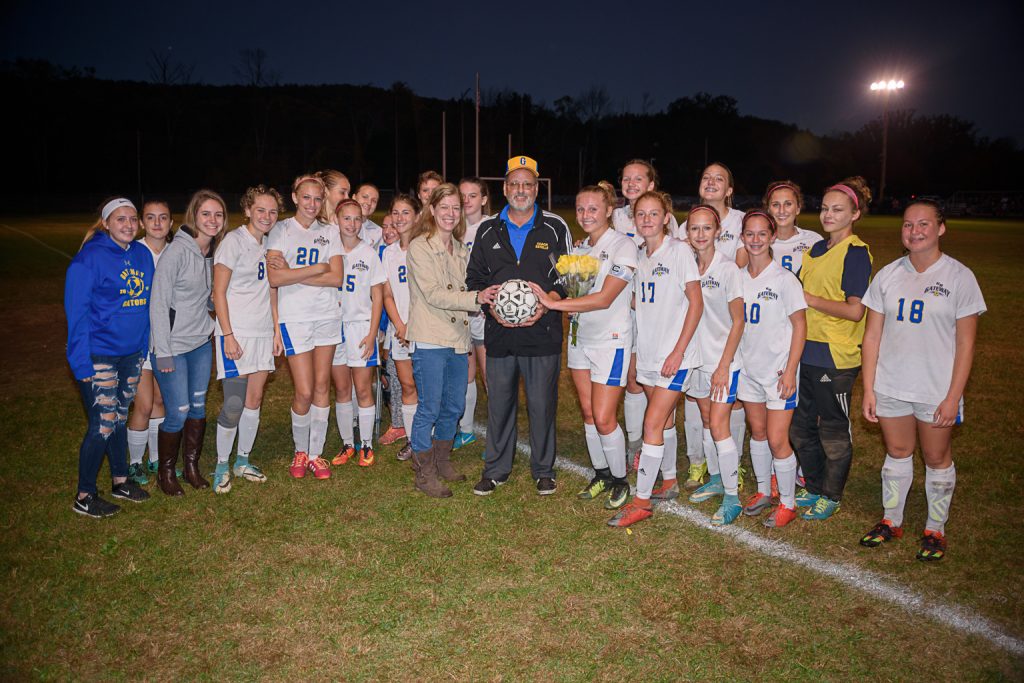