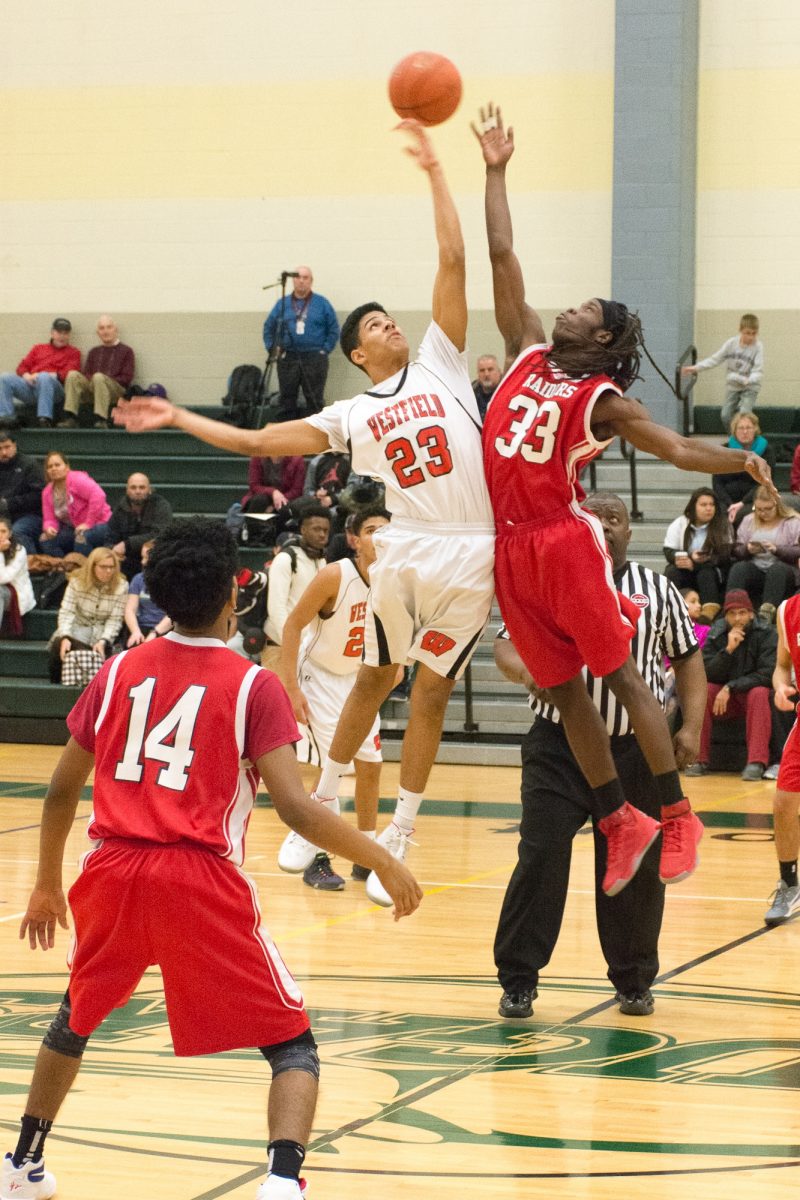 HOLYOKE – Commerce raced out to a 17-9 first quarter lead, led by 17 points at the half, and produced three double digit points scorers in downing the Westfield Bombers 73-64 in a high school boys’ basketball game Tuesday night at Holyoke Community College.
Westfield (1-4) rallied, outscoring Commerce 50-42 in the second but fell short. 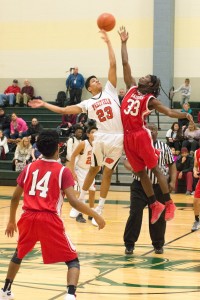 Raul Lopez (18 points), Najier Jenkins (17), and Abdiel Bou (13) led Commerce in scoring. Bou made three 3-pointers. Anthony Diaz chipped in eight points, and two other Red Raiders finished with six apiece.
Westfield’s Gabe Piepergerdes recorded a game-high 23 – he drained four shots from beyond the arc – followed by Javi Santos (13) and Aidan Dunn (10). Bombers’ Kam Wells had eight.
The game was originally scheduled to be played in front of the “Bomb Squad” on Westfield’s home court but a leak in the gymnasium roof forced the move. It is the second time in less than a week that a Bombers’ game has been impacted by this unfortunate set of circumstances.

Pioneers chase Saints
Pathfinder 42, St. Mary 11
Pathfinder raced out to a stunning 24-0 lead at the half, and cruised past visiting St. Mary. Pioneers’ Caleena Welsh led all scorers with 14.
St. Mary held Pathfinder to just three points in the third quarter.