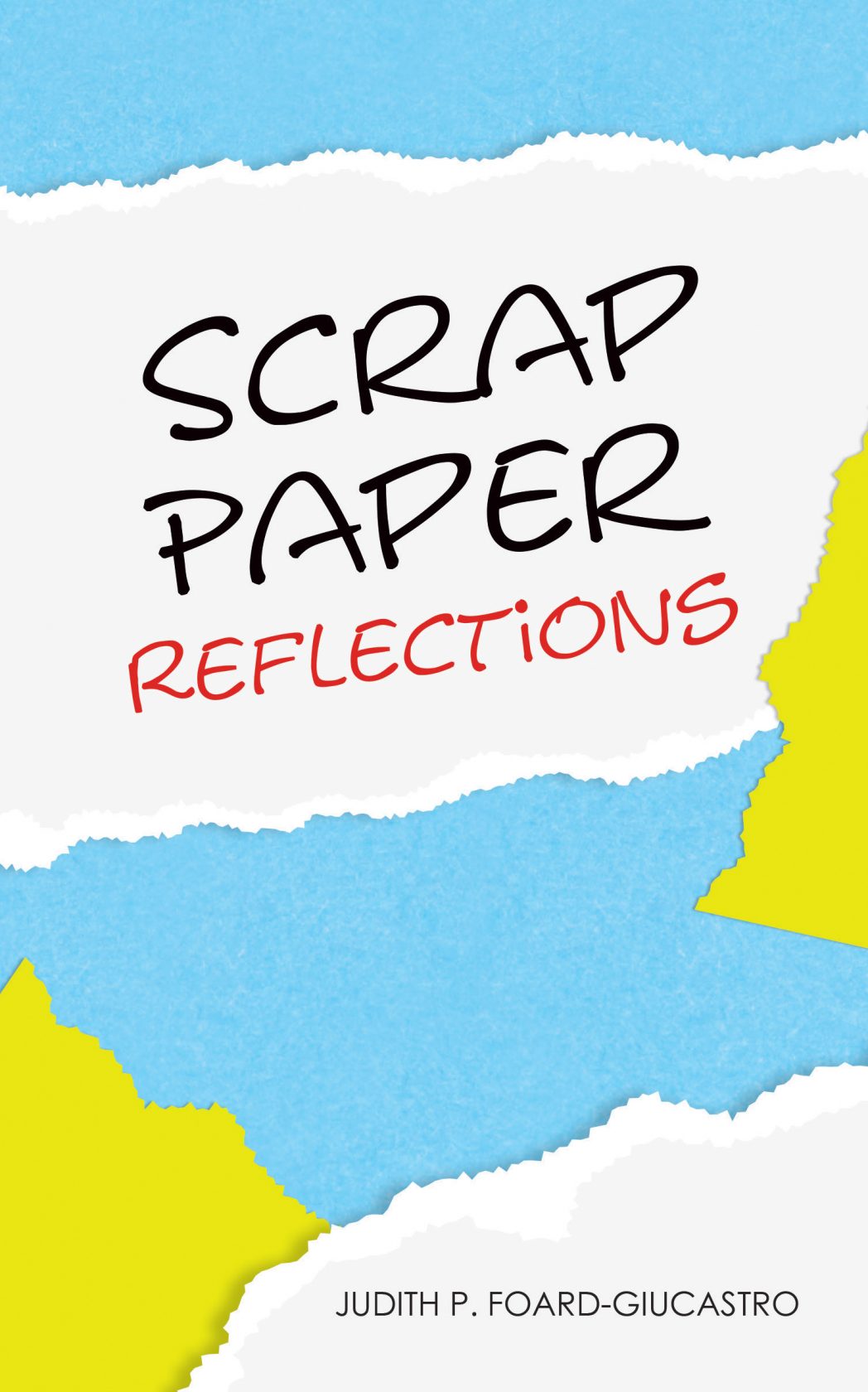 WESTFIELD-Judith P. Foard-Giucastro shares how her moments of reflection and inspiration were jotted down on scrap pieces of paper over the years to be revisited in her latest book “Scrap Paper Reflections.”

“The book consists of approximately 80 short devotional stories in which I share religious experiences and discoveries as well as talk about my journey after the deaths of my two husbands,” she said. 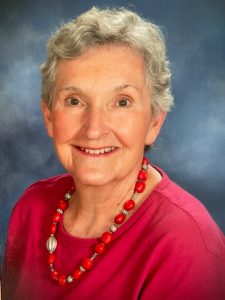 Throughout the 135-page paperback, Foard-Giucastro shares her faith and family life in descriptive detail, and how slips of paper – or even on business reply mail cards – were used to jot down ideas, questions, and moments of inspiration that she wanted to revisit.

“The whole process of making these notes and developing them into stories took place during a difficult time of my life,” said Foard-Giucastro in her book’s preface. “In January 2011, I lost my first husband, Larry, of 49 years to a Parkinson’s-like illness. Then in December 2017, I lost my second husband, Giuseppe, whom I had met four years earlier through our common interest in writing.”

Foard-Giucastro said during these times she stuffed the notes in Bibles and devotional books throughout her home.

“Before I went to weekly Bible study at church, I would often have to clean them out of my Bible,” she said.

Over time she began rereading the notes and created devotional stories, however, due to the death of her second husband, the faith-based messages remained untouched in her computer.

The book sections are titled “Relationship with God,” “God in Nature,” “People,” “Cycles and Special Seasons of the Year,” “Grieving,” and “Biblical Commentary.” 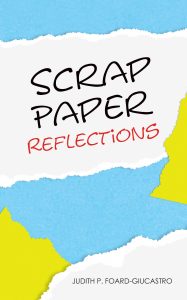 “During this time of pandemic, I have been taking longer walks and have more often used this time for reflection and prayer,” said Foard-Giucastro. “Also during the first few months of the pandemic, I was writing some of the last stories for my book.”

Foard-Giucastro said she found that in these writing sessions she felt closer to God.

“Writing the stories helped me better cope with the fear and isolation caused by the pandemic,” she said.

Foard-Giucastro said she spends 15 to 20 minutes on her morning devotion using the Bible and a meditation booklet including The Upper Room.

“This meditation booklet gives a scripture for the day, a meditation, and a prayer,” she said. “During Lent, I used a booklet with the writings of Henri Nouwen. I use this booklet every year during Lent as his writings are so insightful and inspiring.”

With the arrival of spring and warmer temperatures on the horizon, Foard-Giucastro said she doesn’t sit outside for devotions but on her usual morning walk she sometimes uses the time for meditation and prayer.

“I love nature, and I find that is where I often feel God’s presence,” she said.

Foard-Giucastro also serves as a deacon at Second Congregational Church and has been an active member of its Bible Study Group for almost 10 years.

“In the Bible Study Group, members share their ideas about the scripture we are reading, and we discuss important questions of how to live as a Christian,” she said, adding, “When reading the assigned scripture before the class, at times I see new things in the reading I had not seen before.”

While the pandemic has shuttered opportunities for local authors to conduct book signings and lectures, Foard-Giucastro is hopeful she will be able to meet with local residents in different settings in the coming months. She is also excited about being a participant in the May 23 WhipCity Wordsmiths Book Show on the Green event planned from 11 a.m.-3 p.m. Foard-Giucastro is a member of the WhipCity Wordsmiths.

Currently, her book can be purchased in paperback form or as an e-book through Amazon, Kindle, Westbow Press, and Christianbook.com.

As for future writing endeavors, Foard-Giucastro said she has a manuscript that she co-wrote with her late husband Giuseppe. The book is titled “It’s Never Too Late to Fall in Love Again.”

“We would sit at the table and compose the book together,” she said. “It was so much fun and we played off each other. We finished the book six months before he died.”

Her “next project” is to determine how to publish that book, as well as continue her work on some stories and poetry.

“Losing two husbands within the span of seven years of each other has been difficult,” said Foard-Giucastro. “Writing about them and reflecting on how their loss has affected me has helped me to go on with my life.”