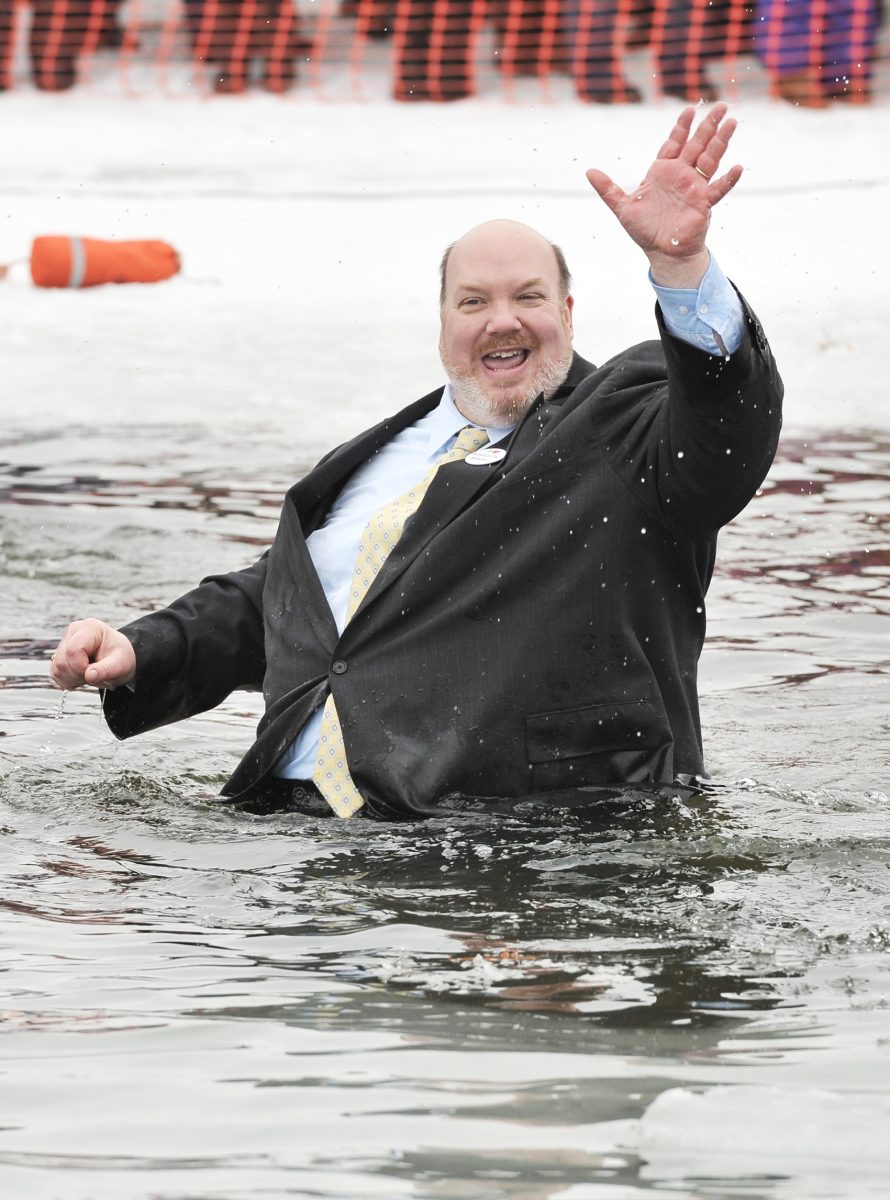 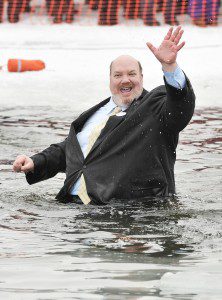 WESTFIELD- Lovers of winter weather and the Amelia Park Children’s Museum are gearing up for the 16th annual Penguin Plunge.

On  Jan. 25 participants will gather at Hampton Ponds to brave the cold and take a dip in what is likely to be icy water for the museum’s largest fundraiser of the year. Participants are required to raise a minimum of $75 from friends, family, and other members of the community.

On the day of the plunge, the site will be open to participants at 11:30 a.m. while spectators will be allowed in at noon to cheer on the brave participants.

Participants will enter the water starting at 1 p.m. Radigan said that the “penguins” will be sent into the water in the order of the highest amount of money raised to the lower amounts. Once they have gone through the path and exited the water, there will be heated tents available for drying off and changing.

Depending on the weather, firefighters from the Westfield Fire Department may have to wade into the water to break up chunks of ice and create a path for participants to swim or wade through. The fire department and emergency services will be on site, but according to Radigan and museum board member Chuck Kelly, no participant has ever required medical attention as a result of the cold water. 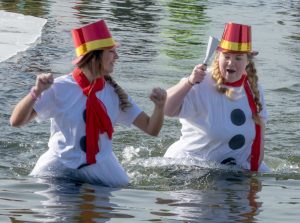 “We had one guy who dove in when you’re not supposed to and another who just got sick in the parking lot,” said Kelly, “Other than that there have been no issues relating to the cold.”

While it is a little less than three weeks out, Kelly said that there is an ideal weather pattern leading up to the event that they would like to see.

“On the day of, we want sunshine. We do not want wind,” said Kelly, “We want one good cold snap to freeze the water beforehand so the fire department has to go in and break the ice up.”

Radigan noted that they typically expect between 50 and 75 participants in a given year.

Last year, the Penguin Plunge raised $20,000 for the children’s museum through 50 participants and their sponsors. Kelly said that he expects them to raise the same amount or more this year.

Participants can register at the event with $75. Kelly said most people register the day of the event.

Kelly said that he will be participating again this year with his granddaughter Amelia, 9, for her third Penguin Plunge.

The Westfield Fire Department will sell chili, which has become a Penguin Plunge tradition. Participants are encouraged to wear costumes in the water. Costume prizes will be awarded following the plunge.

Notable annual participants include Mayor-elect Donald F. Humason Jr., who makes a point to take the plunge every year in a full suit. Humason has not yet indicated if he will keep his Penguin Plunge streak alive in his first month as Mayor.