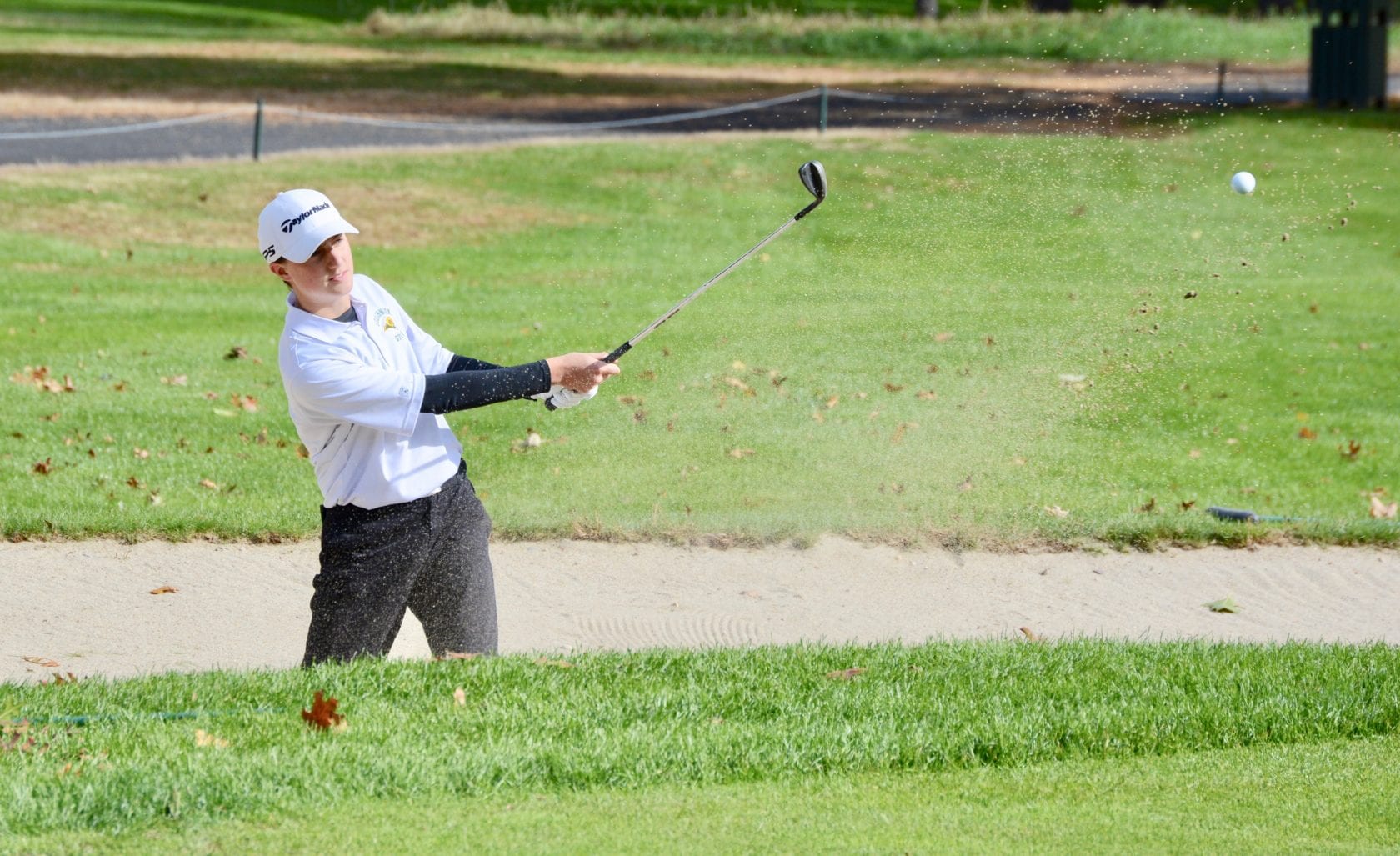 LUDLOW – One year ago, Southwick golfer Matthew Garrity showed great flashes of promise on the championship Rams’ team.
With the team in rebuild mode this season, Garrity, now a freshman, was relied upon to put up consistent results. It was a role that took some adjusting to with the team struggling to get into the win column, but it now appears that his game and attitude have matured possibly because of it.
Garrity was rewarded for his patience and perseverance on the big stage Monday as he soared to a second place finish at the West Division 2 golf championships. 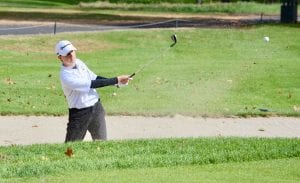 Garrity tied Hoosac Valley’s Derek Alibozek with a 79 on the par 72 at Ludlow Country Club. Hoosac’s Henry Sniezek finished first with a 78.
“I just grinded it out the whole day,” said Garrity. “There were a lot of ups and downs. …The final three holes were tough to cope with mentally. I just kind of took it one shot at a time.”
Garrity needed just 29 putts to get through the championship outing.
“My short game was flawless,” the freshman golfer said in critiquing his performance. He was also solid in his bunker work.
Some of his success can be attributed to a busy offseason that included U.S. Kids Golf junior tournaments and Connecticut PGA play. Garrity and fellow Rams teammate Ben Cleland also had a superb finish at the Pioneer Valley Interscholastic Athletic Conference two-ball championship.
BOMBERS TAKE FLIGHT: Westfield senior golfer Jack Hogan advanced to the state Division 1 championship next Monday at Chicopee Country Club with a sixth-place finish at WMASS at Westover Municipal Golf Course on Monday.
Hogan shot a 10-over-par 82, tying Longmeadow’s Chris Camerline.
“Tough conditions … tough day out there, but Jack grinded it out,” said Westfield coach Chris Strycharz, noting the effect that the cold, windy conditions had on the golfers.
Minnechaug’s Peter Wurszt shot a 3-under-par 75 to capture first place.
Colin Scanlon (90, tied 20th), David Tirrell (92, tied 26th), and Brian Daly (92, tied 26th) rounded out Westfield’s top four.
The Bombers finished fifth as team with a score of 356. Agawam won the team title with a 332, followed by Longmeadow (333), Minnechaug (339), and Ludlow (339).

Levere nets five saves
Duggan Academy 2, Westfield Technical Academy 0
Ari Levere made fives saves in net for Westfield Tech.
“We went into today missing a handful of players and my girls stepped up and proved we can compete against tough teams,” Westfield Tech coach Lyle Washington said. “We maintained possession for a good portion of the game. We just couldn’t get one by the keeper.”
Westfield Tech has three games remaining this season.
Said Washington: “My girls are looking for three wins.”