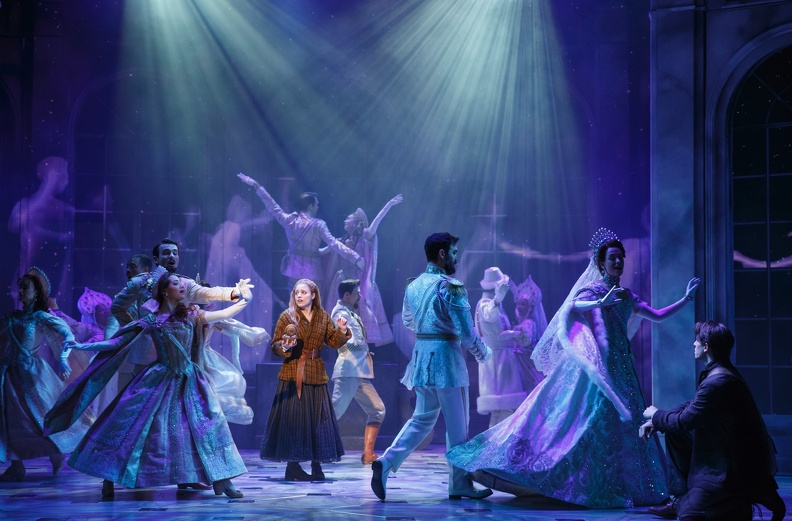 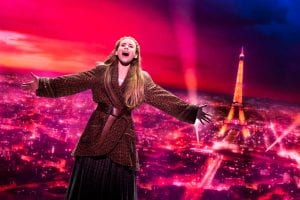 Lila Coogan (Anya) in the National Tour of ANASTASIA. (Photo by Matthew Murphy)

Anastasia, the hit Broadway musical, had its world premiere at Hartford Stage, before heading to a successful run on Broadway, and a national tour and a series of international productions. Now, on the 90th anniversary of The Bushnell, our area’s go-to-theatre for big Broadway shows, Anastasia is back in town, a feast for the eyes, the ears, and the heart—but only through Sunday..

When Anastasia first played Hartford, I was enthralled. (Here’s my original review: https://thewestfieldnews.com/review-anastasiaworld-premiere-at-hartford-stage/) I stand by everything I said back then. On the road from Hartford to New York, the show was tweaked. Originally designed for a thrust staging in Hartford, the production was enlarged for a much-larger theatre’s proscenium stage. The opening of the second act—the group’s arrival in Paris, was tweaked. Ansatasia is still sumptuous to the eye, melodic, romantic, and solid in terms of staging and performances.

Anastasia is a factionalized account of the daughter of the Russian Czar Nicholas II. When the throne was overturned, the royal family were arrested and later assassinated, but rumor prevailed that Anastasia had escaped. When a young girl arrived in Paris after the war ended, folkore had it that she was the escaped princess. The story was turned into a film, and later an animated movie with a happy ending. The musical, adapted by Terrence McNally, has a mostly original score by Flaherty snd Ahrens, the duo who had provided songs for the animated film. They imported the now standard “Journey to The Past” and a couple of songs, and wrote a charming score around it. Darko Tresnjak’s staging and Peggy Hickey’s choreography remain cinematic. Alexander Dodge’s set, Aaron Rhyne’s videos, and Linda Cho’s costumes enchant and astound.

The tour cast is as solid as the cast that originated Anastasia in Hartford. Lila Coogan is a terrific “Anya”, as is Jake Levy as “Dmitry”. Joy Franz is a powerful Empress, and Lori Kelly and Edward Staudenmayer provide great comic relief. The sets and projections are the stars here. When the troupe leaves St. Petersburg for Paris, the train sequence, and their actual arrival is Paris is pure theatre magic.