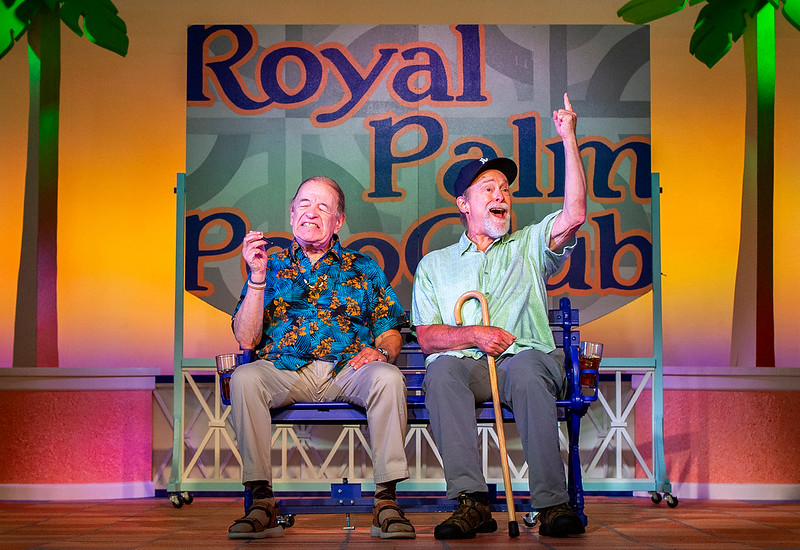 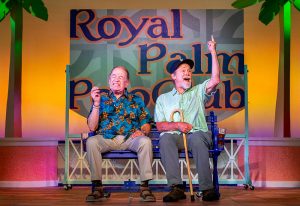 After the last year and a half, we could all use a laugh or two. Jessica Provenz’s new comedy, Boca, having its world premiere at Barrington Stage, is two hours of non-stop laughs, and one of the funniest plays I’ve seen in recent memory.

When I lie out by my condo pool, the neighbors frequently talk about Boca, the Florida community of Boca Raton, where seniors with means winter amidst other snowbirds, and cavort, kvetch, tan and circle around the early bird specials, while the rest of us shiver up North. Boca is part paradise, part promised land, and always cause for comparison. Many conversations begin and end with “in Boca, we. …” 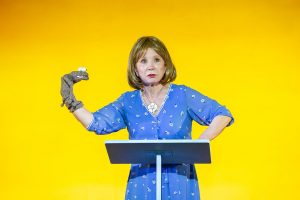 Playwright Jessica Provenz (who is Barrington Stage’s Development Director in her “day job”) had written two hilarious playlets for the theater’s annual 10×10 New Play Festival, and Artistic Director Julianne Boyd, who stages Boca, asked her to build them into an evening of comedy. The two are now surrounded by 10 others, all poking fun at the people of a gated condo community in Boca Raton. Provenz’s characters are caricatures of retired boomers, and her zippy one-liners zing along, one after another. There are a couple of ongoing gags, which string the playlets into one hilarious package. Julianne Boyd’s rapid-fire direction, keeps Boca moving along, and the end result is pure entertainment.

The most zany cast, headed by Debra Jo Rupp, are comics all. Rupp hilariously plays a retired kindergarten teacher running for the condo board, and a restless housewife seeking her “Thelma and Louise” moment. Peggy Pharr Wilson is too funny as a widow trying to snag a man who drives at night with her lasagna. Robert Zukerman, Kenneth Tigar (both 10×10 New Play Festival alums), Gilbert Cruz, and April Ortiz round out the cast with panache.

Thanks, Barrington Stage and Boca, for the laughs. 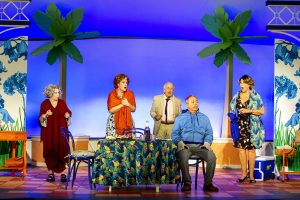 Boca has already been extended due to popular demand through Aug. 29. It’s being performed at Barrington Stage’s production center in a tent, so bring the sweater.

Mark G. Auerbach studied theatre at American University and The Yale School of Drama. He has worked for arts organizations nationwide, and reported on the arts for print and broadcast. Mark produces and hosts ArtsBeat, Athenaeum Spotlight and On The Mark for WCPC15 and 89.5fm/WSKB, and he’s a regular contributor to Pioneer Valley Radio. He is also a member of the Berkshire Theatre Critics Association