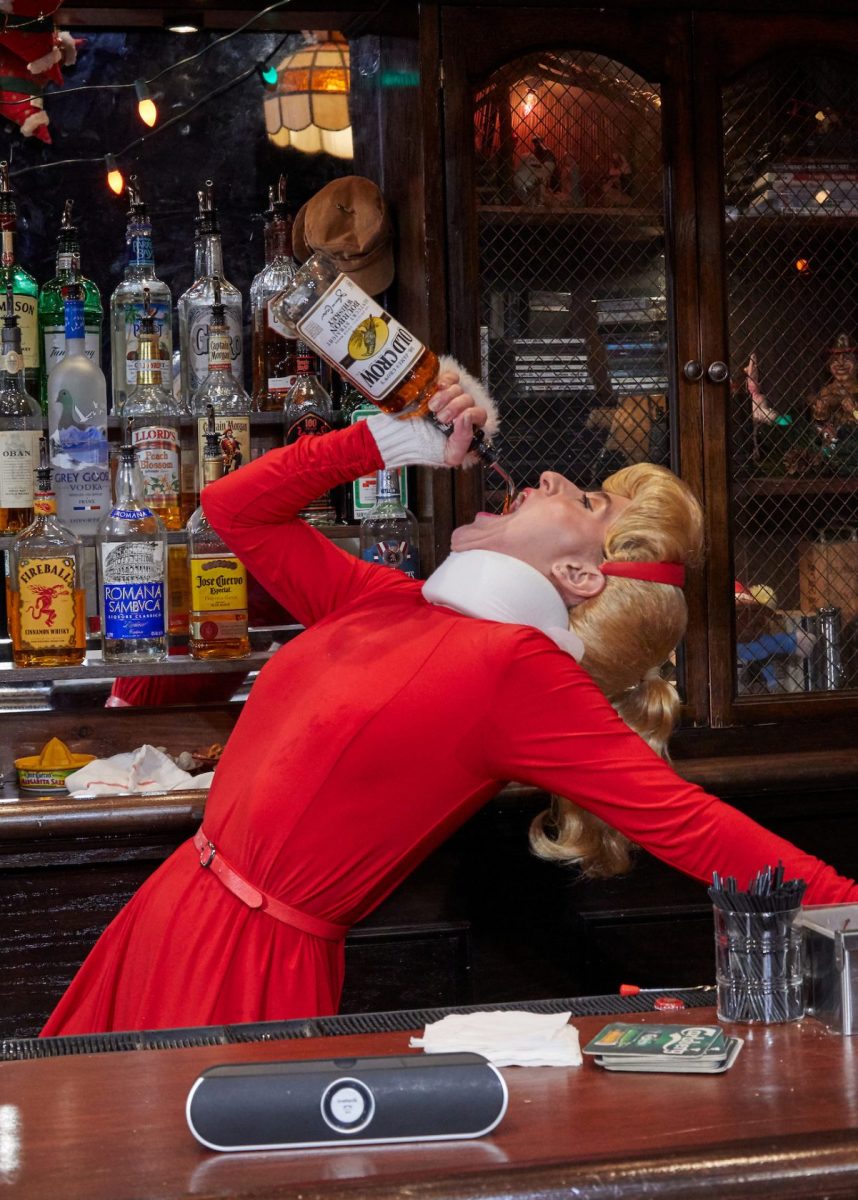 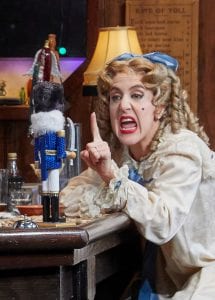 T’was that month around Christmas. Back in those good old pre-pandemic days, theatregoers, jaded by numerous productions of “A Christmas Carol” and “The Nutcracker,” discovered TheaterWorks Hartford’s innovative and off-beat “Christmas on the Rocks,” the zany, laugh-a-minute creation from Rob Ruggiero. Ruggiero approached a group of playwrights, and asked them to come up with a short play about what happened to the children in our favorite holiday plays and movies, once they grew up. So, set in a dive bar on Christmas Eve, these now grown-up kiddies, twisted, shaken, and stirred by time, show up with enough neurosis to keep a cadre of shrinks busy for years.

“Christmas on the Rocks” became a big hit for TheaterWorks and a huge seasonal sell-out. So, Ruggiero and company decided to film it on the TheaterWorks stage for streaming, and update it just a bit. After all, Tiny Tim, Charlie Brown, Little Suzu from “It’s A Wonderful Life,” Clara from “The Nutcracker,” Karen from
Frosty The Snowman,” Hermey, the misfit elf and more made it through murder hornets and toilet paper shortages. And, now, everyone who couldn’t get tickets to see the show in Hartford, can enjoy the antics at home. Stick around after the end credits for “Christmas on the Rocks: Quarantine Edition,” where the characters return from lockdown. I have never laughed so much.

The brilliantly comedic Jenn Harris returns to play all of the women, and her three previous co-stars, Harry Bouvey, Matt Wilkas (who also co-wrote one of the playlets with Harris), and Randy Harrison. Ted Lange sailed in from The Love Boat last year to play the bartender, and he’s back. Rob Ruggiero’s direction remains top notch. Miceli Productions did a superb job translating “Christmas on the Rocks” from stage to small screen. And, the performances, now in close-up, are hilarious. 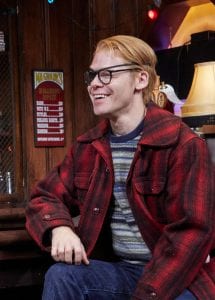 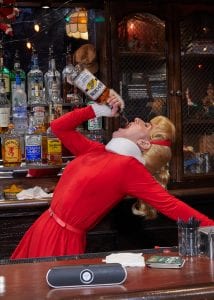 “Christmas on the Rocks” is best savored watching with a nice drink in hand, surrounded (socially-distanced, of course) with a friend. And, in a year highlighted by the pandemic and more, maybe it will help to end 2020 on a high note. It’s just fabulous.