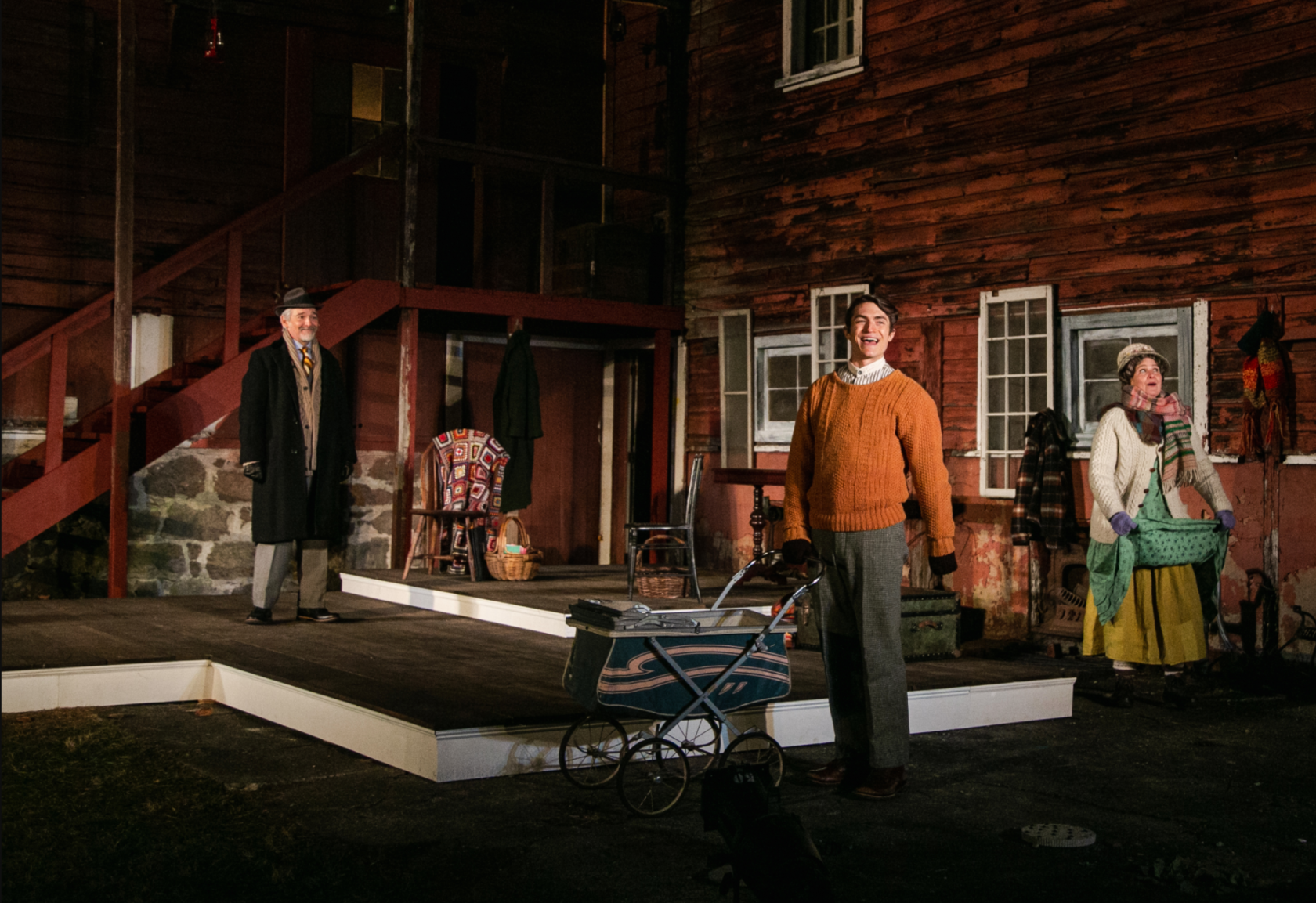 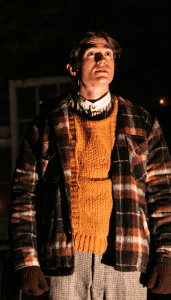 Remember those sultry summer nights under the stars at Tanglewood? Or that outdoor stage at Jacob’s Pillow? Or maybe the tent adjacent to the Colonial Theatre in Pittsfield? Well, outdoor theatre in the Berkshires is still the place to be when you can throw on your most stylish long johns, bundle up in layers, and head to the Berkshires for an outdoors production of Truman Capote’s Holiday Memories, now playing at Berkshire Theatre Group’s Unicorn Theatre (well, outside the Unicorn at the barn) well into December.

Holiday Memories is Truman Capote’s memoir of the holiday season in the Depression-era Deep South, beautifully adapted for the stage by Russell Vandenbrouke. It has the warm, lyrical style of Capote’s early writings, before the author became more famous for his chronicles of a Kansas murder, In Cold Blood, and for his endless appearances on the New York society party scene. Eric Hill, director of the BTG outdoor production, previously staged Holiday Memories at StageWest around 1993, where it was heralded as an outstanding (indoor) production, which was memorable for being the design debut of Longmeadow’s Todd Rosenthal, who went on to become the Tony Award-winning scenic designer. 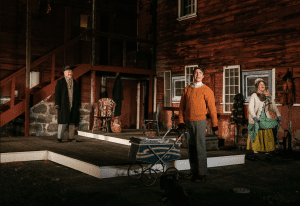 Holiday Memories has the nostalgia we all crave right now, since socially-distanced, ZOOMed Thanksgiving, Hannukah and Christmas festivities feel so subdued. It could have crossed the line into an overdose of wistful sentiments, but Eric Hill’s deft direction, which had to accommodate social distancing, was warm without becoming cloying. Hill and set designer Randall Parsons turned the backside of the barn by the Unicorn Theatre into an intimate theatre space, which again, socially-distanced, felt intimate. Laurie Churba’s costumes, effective as period pieces, but also designed to keep the actors warm, and Matthew E. Adelson’s superb lighting designs, play well against a chilly moonlit sky. Nathan Leigh’s sound design is evocative, especially outdoors.

Eric Hill assembled a great cast for Holiday Memories, with Berkshires theatre veterans David Adkins and Corinna May as Truman Capote (who narrates his story) and Sook. They are accomplished actors who give perfectly understated performances. Tim Jones, an actor who began his career performing in BTG community productions, shows major talent and stride as Buddy. The cast also includes Daniel Garrity (a Westfield State theatre grad) and Isadora Wolfe. 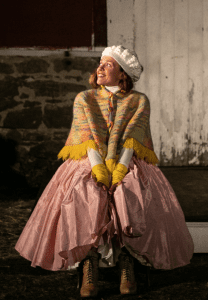 You may be shivering in your seat, but your heart will be warmed by this romantic look back at holiday spirit, where the bounties of the season were abundant in goodwill towards humanity, togetherness, and kindness.I’ll bundle up for this kind of warmth from the stage. Kudos to Berkshire Theatre Group for reimagining what live theatre can be at a time whjen we need it so much.

Performances run through Dec. 20, and masks and social distancing are required. Seating is on benches in an outside theatre, so dress warmly, and bring a cushion and a blanket. Each act is approximately one half hour, and there’s a 20-minute intermission, when you can go inside and warm up. But, performances are also weather-dependent, so check the weather before you drive up to Stockbridge. For details:www.berkshiretheatregroup.org