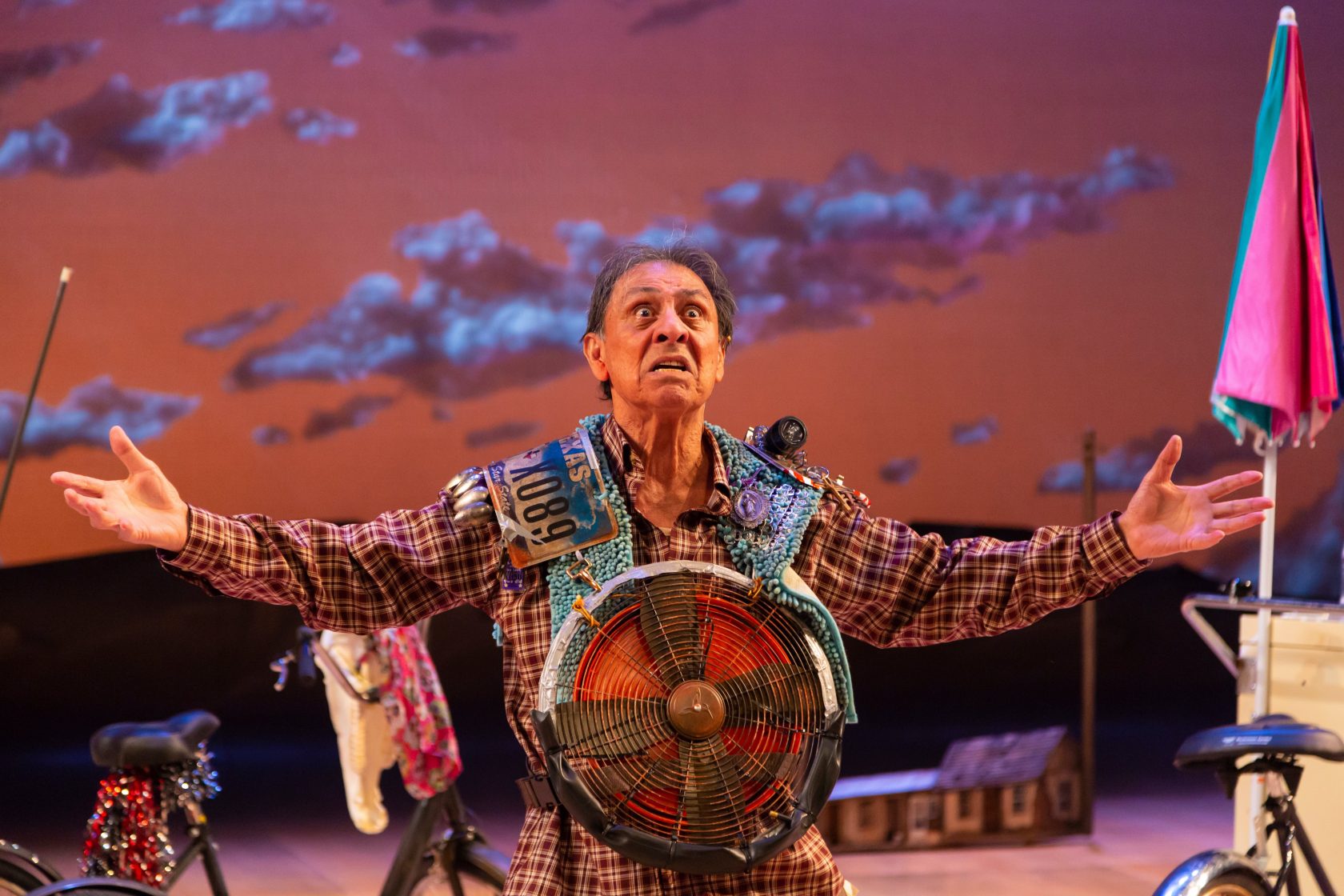 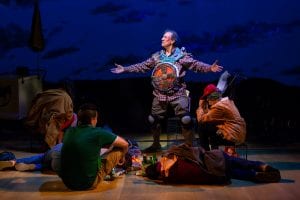 Hartford Stage begins the new season with new artistic and administrative leadership, and a new American play, Quixote Nuevo, which in the hands of playwright Octavio Solis, takes one of the greatest literary masterpieces of all time, reconfigures it, and gives it a contemporary spin, that is both faithful to its roots, yet surprisingly urgent.

The masterpiece is Cervantes’ 17th century Don Quixote, probably the best-known book in Spain’s literary canon. It has been adapted as film, opera, symphonic music, and musical theatre. Most people know the story of the man tilting at windmills from the musical, Man of La Mancha, which had its pre-Broadway premiere down river at Goodspeed, and whose anthem, “The Impossible Dream” is a Broadway standard. 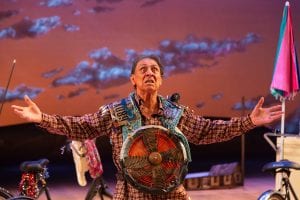 Octavio Solis set Quixote Nuevo in La Plancha, a fictional Tex-Mex border town. The main character is a former literature professor suffering from dementia, who believes he is Don Quixote, played adeptly by former Sesame Street star Emilio Delgado. The older Quixote tells the story of his younger self, who is in search of Dulciinea, a migrant worker on his father’s  ranch, who has returned to Mexico..  With his friend Sancho, an ice cream vendor, the duo search for Dulcinea, evading border patrols on their quest for the impossible dream. Solis’ script stays faithful to Cervantes’ themes, steeped in Tex-Mex dialect with a few references to Spotify and Snapchat tossed in. At times, it’s extremely funny, and at times poignant. David R. Molina and Eduardo Robledo have composed a terrific musical score, directed by Jesse Sanchez that enhances KJ Sanchez’s balanced and nuanced direction. 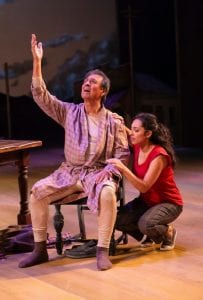 Sanchez is working with a great acting ensemble, many of whom play multiple parts. Emilio Delgado is a stand-out as Quixote, and Juan Manuel Amador who is an hysterically funny Sancho. Beneath the laughs, Amador brings out the beauty of Sancho’s dedication to Quixote. Sanchez has also put together a superb design team, all of whom are new to Hartford Stage. Rachel Healy’s costumes are fantastic running the range from drab contemporary border wear to sparkling fantasy outfits steeped in Mexican folklore.

Quixote Nuevo made its debut at California Shakespeare, and this production moves on to Boston and Houston after its Hartford Stage run. I suspect it will play other theatres after that. Hartford Stage chose a solid season opener and it will be interesting to see how the theatre’s offerings change under the helm of Melia Bensussen. Detailed information on Quixote Nuevo, video, playbill notes, and more can be found at www.hartfordstage.org.