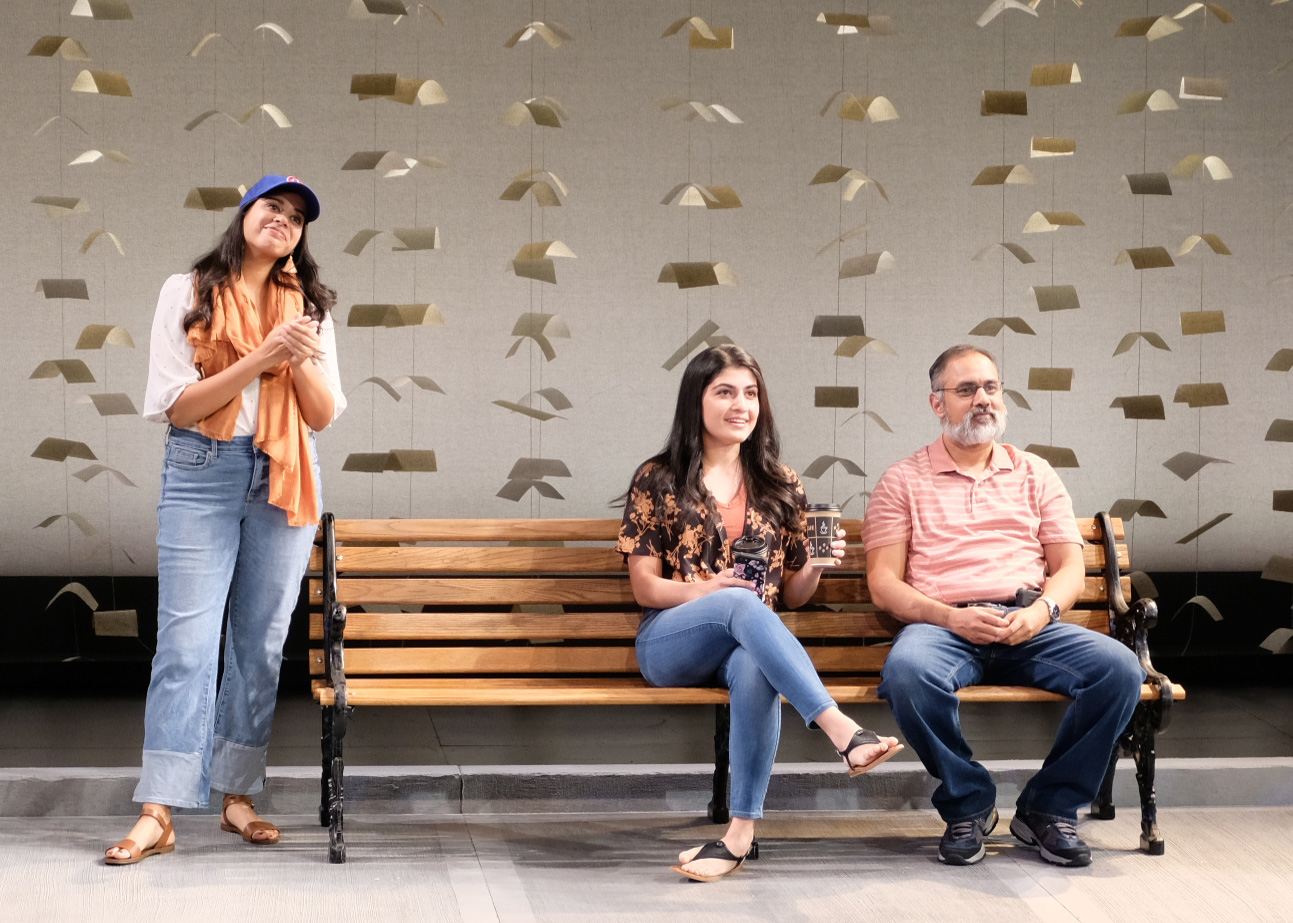 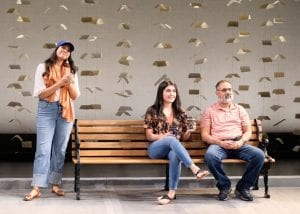 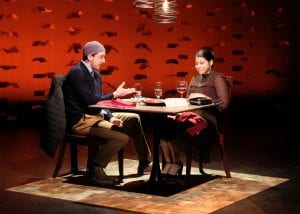 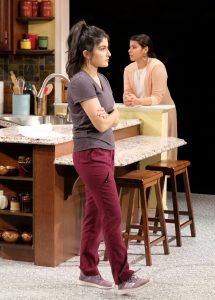 TheaterWorks Hartford continues its extraordinarily innovative season with Ayad Ahktar’s The Who & The What, now streaming through Nov. 28. For me, it was a revelatory performance, which I screened the night after seeing PBS air Fiddler: A Miracle of Miracles, the documentary about the creation of the 1964 Broadway musical Fiddler on The Roof. The story of tradition, and a younger generation’s desire to understand the traditions and bend the boundaries to fit a changing world, is universal. As Fiddler explores the early 20th century Jewish family leaving the pogroms of Russia for a better life elsewhere, The Who & The What tells a similar story of Pakistani-Americans, trying to adjust to contemporary America through their Muslim traditions. This brilliant play by an extraordinary writer tells a story that we can all relate to.

The Who & The What was originally part of the season announcement made pre-pandemic. The Pulitzer Prize winning American writer, who has Pakistani roots, is an important voice in today’s theatre. Disgraced, the play which won him the Pulitzer, has been produced all over the company, including Chester Theatre Company, where its staging by WAM Theatre’s Kristen Van Ginhoven created a flurry of excitement. Disgraced told the uncomfortable story of a Muslim American attorney, well-integrated into upscale New York East Side society, who is confronted by his brother, a radical, who needs a defense. Things heat up over a swank dinner.Theaterworks presented his thriller The Invisible Hand a couple of years ago, which had the audience at the edge of its seats, as a Muslim terrorist group holds an American financier hostage, in the hopes that he’ll invest the ransom paid to free him can be invested to help the poor.

The Who & The What tells the story of a brilliant Pakistani-American writer, Zarina, who is focused on finishing her novel about women and Islam, when she meets Eli, a young convert who bridges the gulf between her modern life and her traditional heritage. But, her conservative father and sister discover her controversial manuscript. They are forced to confront their truths in traditional culture and modern day America, and beliefs that divide them, yet bring them together. The thing is, we know these themes among our culture, from conservative to liberal, but we’re not often exposed to this through the eyes of Mulsim Americans.

Aneesha Kudtakar stages The Who & The What with a great balance of what would have looked perfect onstage and yet be effective on-screen. She also balances the comedy and the drama, and the production works so well in streaming mode. Brian Prather’s set design, adapted from Michael Schweikardt’s renderings, works well on the intimate TheaterWorks stage as well as the small screen. The other production elements, from Mika Eubanks’ costumes to Amith Chandrashaker’s lighting design and the sound design by S.R, are excellent. Miceli Productions bring the stage production to life on the screen.

Rajesh Bose as the patriarch, a Pakistani-American kind of Tevye, gives a compelling performance. (He will look familiar to TheaterWorks audiences because he starred in Ahktar’s The Invisible Hand at TheaterWorks a couple of years ago). Jessica Jain is superb as the headstrong writer, and Stephen Elrod as her husband and Sanam Laila Hashemi as her sister provide deft performances.

How about a standing ovation for TheaterWorks Hartford! Neither a pandemic, social distancing nor a tanked economy can stop the Hartford-based theatre, in its 35th season, from delivering the goods. Yes, the newly renovated Pearl Street venue is on lockdown, but instead of a six-play season live on stage, they’ve upped the program to monthly presentations, some live-streamed, some written specifically for streaming, and others filmed for streaming onstage. Plus, they offer memberships which promise an event per month—a novel approach to theatregoing from home. And, they’re getting national attention. Last month’s offering, Sarah Gancher’s Russian Troll Farm: A Workplace Comedy, got a rave review from the New York Times, and a lot of national attention. And, next month, Christmas on The Rocks, their off-beat, zany holiday show, returns, this time streamed to share with your friends who can’t get to Pearl Street for the holidays.