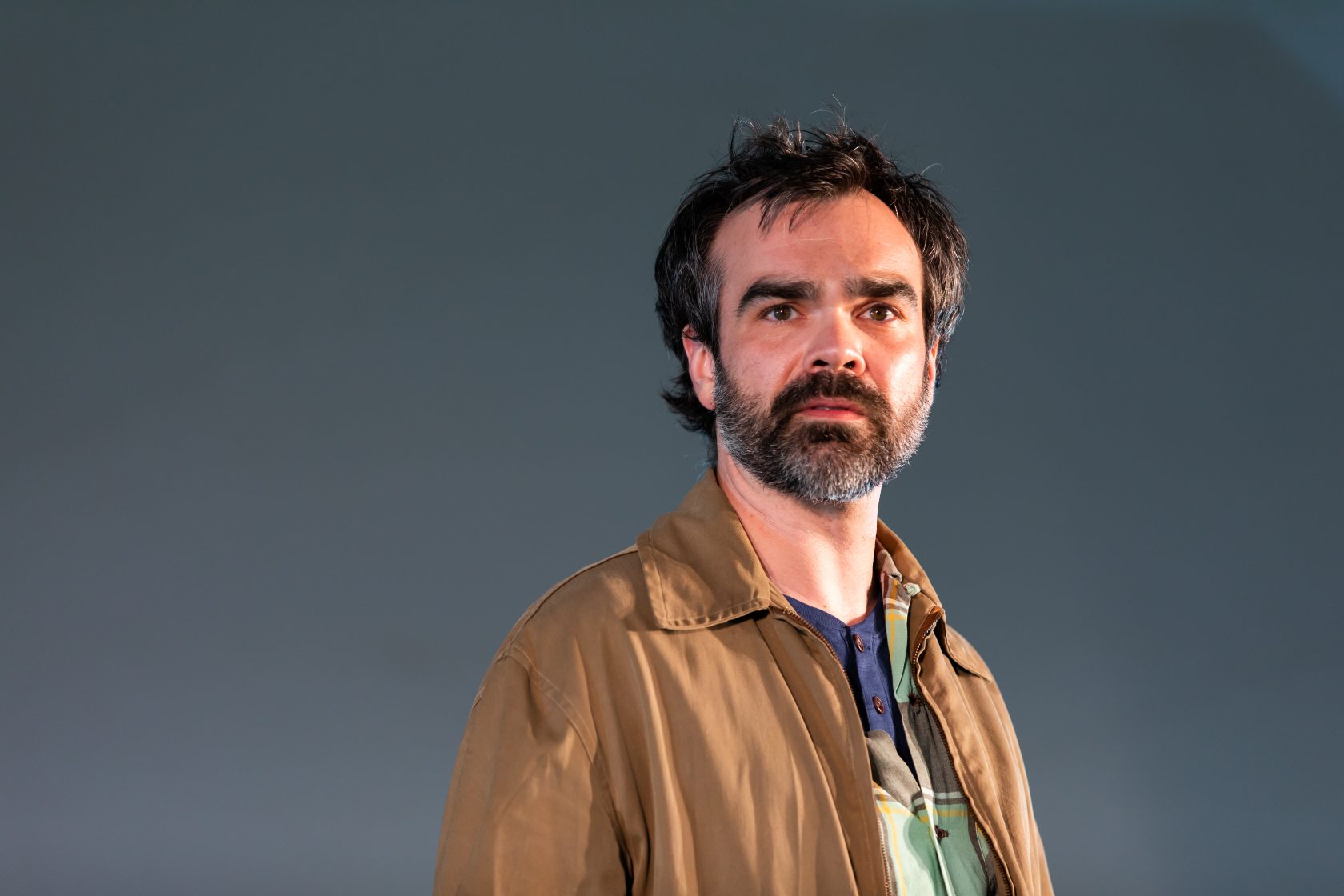 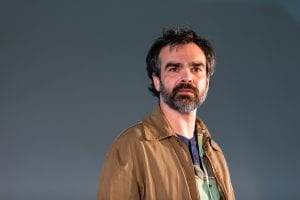 Chester Theatre Company has moved its 2021 season outdoors, under a tent, at Hancock Shaker Village outside Pittsfield. The season opener, Will Eno’s “Title and Deed,” stars actor, musician, director James Barry, well-known to area audiences for his many performances at Chester and Berkshire Theatre Group, and his stunning direction of the musicals “Million Dollar Quartet’ and “Working at BTG.” He developed a huge following for his series of pop music covers on YouTube. He spent the pandemic taking requests and dedications, and often performed along with his wife, actor Tara Franklin, and son Sam.

“Title and Deed” offers the multi-talented Barry an opportunity to shine in a solo show, playing a man caught between two worlds, and trying to make a connection. He’s rich on memories, and short on possessions…a guy who seems uncomfortable in the world he came from, and equally uncomfortable in the world of the present. There are some moments of humor in Will Eno’s script, and some a-ha moments too. Director Keira Naughton has staged “Title and Deed” on a small, basic stage in a spare tent adjacent to a pasture. Juliana von Haubrich’s set is sparse, yet effective, and the playing area is well-lit by Lara Dubin.

James Barry’s performance won’t disappoint. He’s a great onstage solo artist, who easily engages with the audience, and played off a couple of vocal cows grazing stage right. His performance rises above the script. His timing is impeccable.

The Chester Theatre, originally the Miniature Theatre of Chester, has grown in leaps and bounds, since Daniel Elihu Kramer became the artistic director. Used to performing in Chester’s small town hall auditorium, the company seems to have developed a great space under the tent. And, although the production elements are tiny, the theatricality delivers. Title and Deed is worth the trip to Hancock for James Barry’s performance.

As a reminder, advance ticket purchases are required, and all audience members must be masked, while in the tent.

Mark G. Auerbach studied theatre at American University and The Yale School of Drama. He has worked for arts organizations nationwide and reported on the arts for print and broadcast. Mark produces and hosts ArtsBeat, Athenaeum Spotlight and On The Mark for WCPC15 and 89.5fm/WSKB, and he’s a regular contributor to Pioneer Valley Radio. He is also a member of the Berkshire Theatre Critics Association