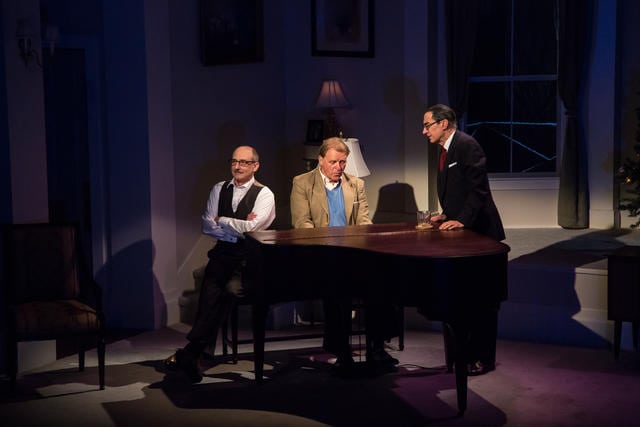 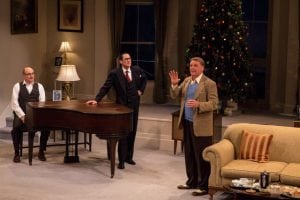 The Berkshire Theatre Group celebrated its 90th season over the weekend with a huge gala and the world premiere of a new play with music, Lee Kalcheim’s Coming Back Like A Song. There’s plenty to celebrate at Berkshire Theatre Group, whose production of Children of a Lesser God moved to Broadway, winning a Tony nomination for its star Lauren Ridloff. The season opener, Church & State, was a sell-out. And, the theatre community is celebrating a theatre which was founded in the early days of the “straw hat circuit” or “summer stock”, a period which brought tours of light comedies and musicals to “the provinces” with the Broadway stars of the day, who were escaping the un-air conditioned Broadway theatres to perform in cooler climates. 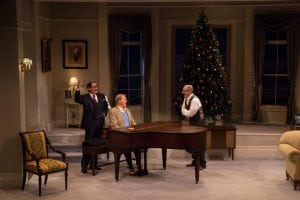 Berkshrie Theatre Group is older than some of the major regional theatres in America, among them Hartford Stage, Long Wharft Theatre, and others. It’s gone from summer stock to year-round theatre opportunities on two campuses, Stockbridge and Pittsfield. That’s reason to rejoice.

To ring in the 90th, BTG is presenting the world premiere of Lee Kalcheim’s Coming Back Like A Song!, a play with music set in 1956, where top stage and screen composers Harold Arlen, Irving Berlin, and Jimmy van Heusen gather on Christmas Eve and wonder if their show tunes will be replaced by rock and roll. It’s the golden age of the Broadway musical, where Broadway would soon be occupied by My Fair Lady, Gypsy, The Sound of Music, Fiddler on The Roof, Funny Girl, and Hello Dolly. What they didn’t know was that rock and roll like The Beatles would take over The Ed Sullivan Show in 1964, and Hair would introduce the rock idiom to Broadway four years later. How ironic that BTG would present Hair across the BTG campus at Unicorn beginning this weekend. 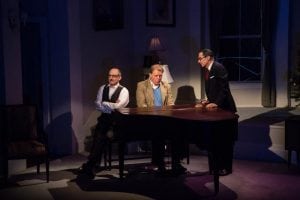 Kalcheim’s easy-going script offers some snippets of the trio’s lives, but their accomplishments are told through a hit parade of the songs they made famous. They’re all familiar tunes. Berlin’s “Dancing Cheek to Cheek” and “Always”; Arlen’s “Over The Rainbow”, “Stormy Weather” and my favorite Arlen tune “The Man Who Got Away”. Van Heusen’s “Swinging on A Star”. The story is light-weight, nothing more, really, than an opportunity to hear some hit parade standards, all of them well-performed to Daniel Mollett’s charming keyboard accompaniment. David Garrison is terrific as Irving Berlin, a performance 180 degrees different but equally as cool as his performance as Clem Rogers in Goospeed’s The Will Rogers Follies last month. Philiip Hoffman is fine as a poignant Harold Arlen, and David Rasche is spot-on as Jimmy Van Heusen. Gregg Edelman, the musical theatre actor turned director provides solid staging, and Randall Parson’s stylish set, Irving Berlin’s swank townhouse in Manhattan, is great.  David Murin’s costumes, as always, are fine, and Oliver Wason’s lighting and Nathan Leigh’s sound complement the production.

When all is said and done, Coming Back Like a Song! is one of those trifles that evoke the bill of fare in summer stock years ago; strong on entertainment, light on discourse, and a relaxing hit parade of songs, well-delivered by amiable characters.