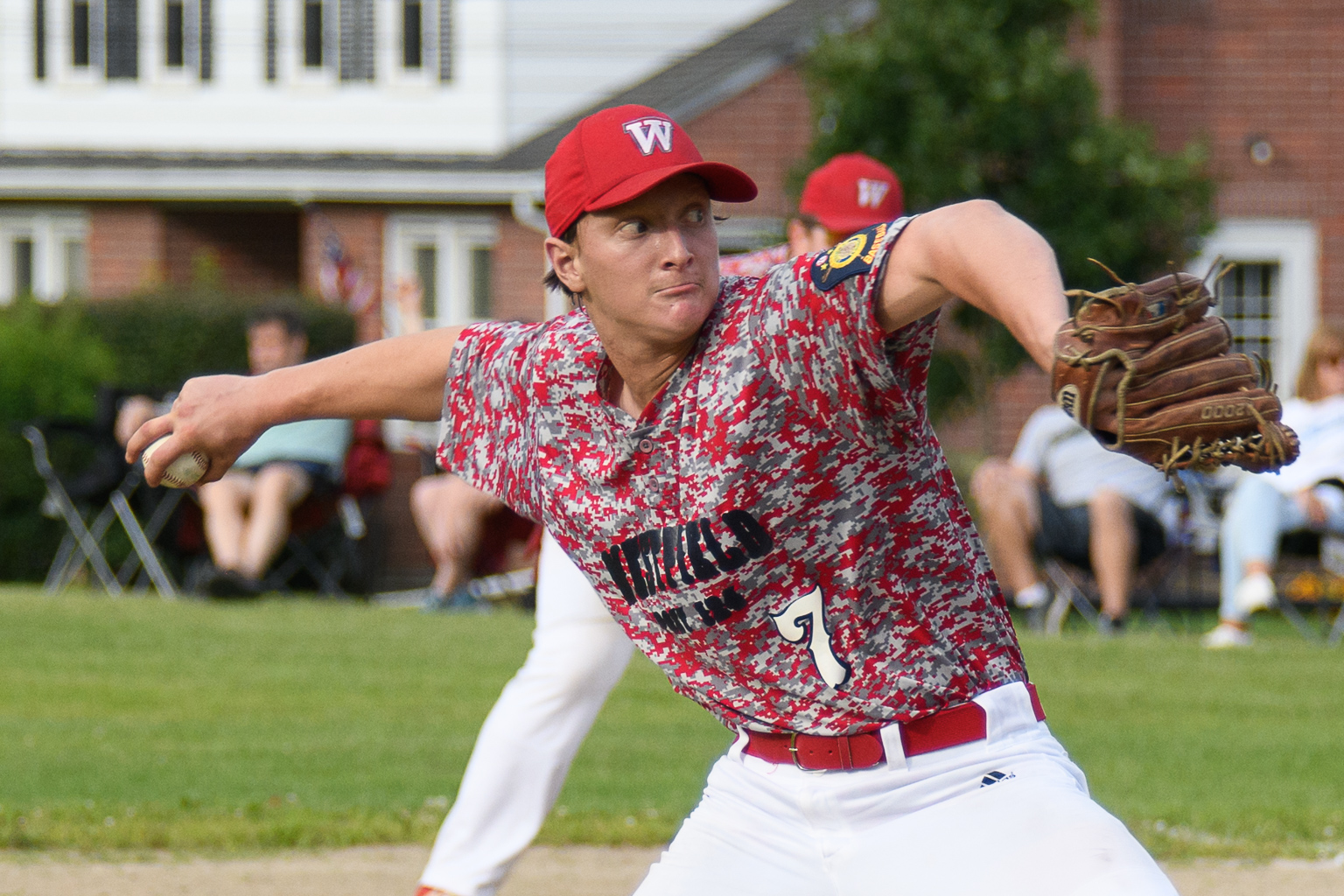 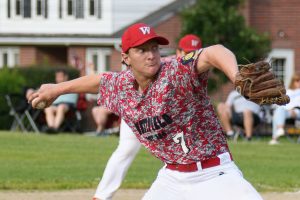 WESTFIELD – It is a familiar phrase known by many – – saving the best for last. Well, on Tuesday night Westfield Post 124’s No. 9 hitter, catcher Jayden Rodriguez saved the best for last, knocking in the game-winning run with a double in the bottom of the sixth inning to defeat Northampton Post 28, 6-5, to remain undefeated (4-0) in the American Legion Senior Baseball double elimination tournament.
“This whole tournament we’re undefeated, luckily,” Rodriguez said. “We’re just taking key situations and getting big hits when needed as a team.”
Westfield fell behind 2-0 in the top of the first inning but quickly chopped the early deficit in half with a first-inning run on a Dylan Arooth ground out. Post 124 seized the lead in the second when Northampton’s staff labored. Consecutive walks from Ryan LaPoint, Tuckey Carey, and Dan Provost to begin the inning loaded the bases. Rodriguez drew a fourth straight walk to tie the game.
“Those were big walks by everyone in front of me,” Rodriguez said. “I laid off some good pitches.”
A wild pitch put Westfield out front 3-2. Dylan King and Jake Jachym each drove in a run with ground outs to give Post 124 a 5-2 lead.
Northampton rallied in a big, big way.
With the bases loaded in the fourth inning, clean-up batter Wilson Heath lofted a ball well over the right fielder’s head, scoring three runs to tie the game before being thrown out at third base attempting to stretch the extra base hit into a triple.
Up until that big hit, Westfield starting pitcher Riley Sullivan had allowed just four hits. Sullivan gave up just one more hit before exiting with two outs in the fifth inning. Aidan King came in and retired six of seven batters.
Before King struck out the final batter he faced in the top of the seventh, Rodriguez spotted him a one-run lead.
Carey walked to begin the bottom of the sixth, moved into scoring position on a Provost sac-bunt, and scored when Rodriguez got ahold of one.
“I was locked in the whole game,” Rodriguez said. “Then, I just got lucky. I slapped a nice double the other way to get our final run in.”
King started out the top of the seventh inning by striking out the first batter he faced. Dan Provost came on and struck out the final two Northampton hitters to close out the game.