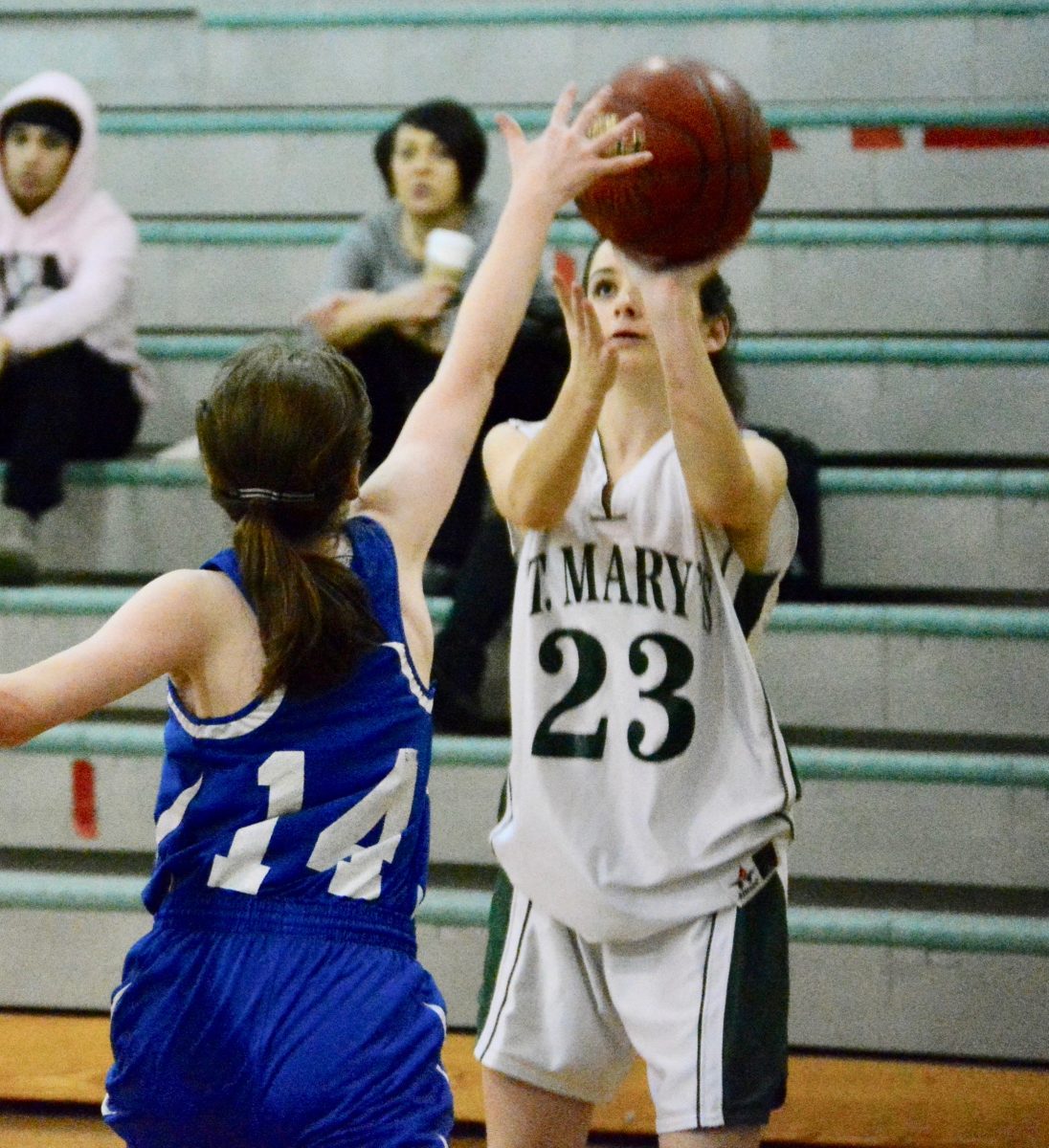 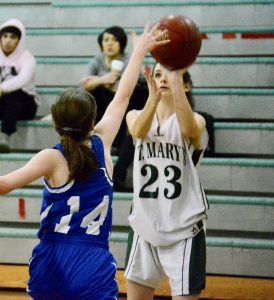 St. Mary’s Maddie Donais (23) gets a shot off before PVCA can react. (Photo by Chris Putz)

SKIING – Race #6
After a tough night of slalom skiing last Thursday, the St. Mary’s High School boys ski team bounced back with a strong run that netted them a divisional victory over Minnechaug Tuesday night at Berkshire East in Charlemont.
St. Mary’s Matthew Masciadrelli (23.75), who lost out to Jack Masciadrelli by about a tenth of a point on the slalom last Thursday, nudged Longmeadow’s Johnathon Burger (24.00) in the giant slalom for first place.
“(Matt) had a powerful start tonight,” St. Mary’s ski coach Andy Lussier said. “(He) made a good choice with line selection in the lower section of the course. Giant Slalom is his thing for sure.”
Jack Masciadrelli (24.19) continues to have his best season yet, finishing third overall and second in the division.
“Jack is very dialed in this season and has been driven in training,” coach Lussier said. “He’s skiing at another level.”
St. Mary’s Manny Umanuel posted his best finish of the season, ending up 26th overall (5th division).
“It was great to see things come together for Manny tonight,” coach Lussier said. “He’s been struggling and this was a great finish to help with his confidence.”
Westfield’s Jacob Stephens placed fifth overall with a time of 24.61.
In the girls’ competition, Chloe Lussier led St. Mary with a second place division finish and ninth overall.
“She’s starting to come on at the right time for getting into the postseason with individuals and states coming up,” coach Lussier said.
Ally Rougemont cracked the top half of the field of 102 females in the overall (45th) and ended up 17th in the division.
“She’s pretty motivated and she is continuing to move up the leader board,” coach Lussier explained.
Results for the top female skiers were not available as of press time.